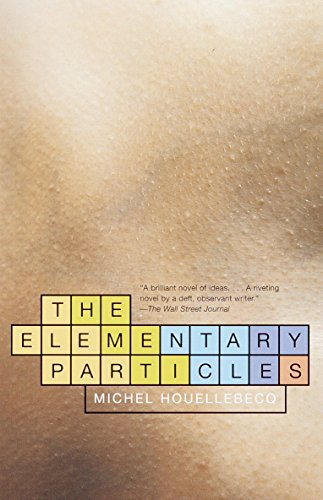 Welcome to my Series on Quantum Physics, you can either start here or at my central hub on the subject here

Elementary particles are divided into two general categories depending upon the spin of the particle they are:

However we will NOT be discussing the Bosons except the photon as they don't really fit into the framework of this series.

The standard model of Particle physics has 12 different Fermions they are as follows;

These also have antiparticles, which are exactly the same, just with the charge reversed, so the electron has the anti-electron known as the positron which is a positively charge electron. Take a look at the chart below at some of the physical characteristics of these particles;

Due to a phenomenon known as color confinement which involves the strong force and was developed in the theory of Quantum chromodynamics (QCD), in order to prevent Pauli exclusion principle being violated (This is very vague and a hub on this will be coming soon). Quarks are never in isolation; they can only be found within hadrons (i.e protons, neutrons etc). For this reason, much of what is known about quarks has been drawn from observations of the hadrons themselves.

Up and down quarks have the lowest masses of all quarks and are the most stable and most common in the universe. The other quarks are much bigger, and rapidly decay into the lighter up and down quarks. Due to this, the heavier charm, strange, top and bottom quarks can only be produced in high energy collisions, such as in particle accelerators such as the LHC (Large Hadron Collider) in CERN. They are also produced in collisions involving cosmic rays.

Quarks have fractional electric charge values, either −1⁄3 or +2⁄3 times the elementary charge which is the charge of an electron (e-), depending on flavor: up, charm and top quarks have a charge of +2⁄3, while down, strange and bottom quarks have −1⁄3. The common particles (hadrons) of the neucleus of atoms i.e. the neutron and the protons are made up of three differnet quarks in different combinations. For example the proton is made up of 2 up quarks and a down quark, this can be worked out using the chart above to calculate the charges (2/3 x 2) + -1/3 = +1 the charge of the proton. So what do you think the neutron is made of? (it has a charge of 0)

Spin is an intrinsic property of quantum particles, and its direction is an important 'degree of freedom'. It is sometimes visualized as the rotation of an object around its own axis (hence the name spin), but this notion is somewhat misguided at subatomic scales because elementary particles are believed to be point-like so have no axis. Spin can be represented by a vector whose length is measured in units of h/(2π), where h is the Planck constant. The spin of a quark along any axis is always either ħ/2 or −ħ/2; so quarks are classified as 1/2 spin particles.This spin is known as spin-up or spin-down and is used throughout many of the experiments later in the series.

the muon was discovered in 1936, 40 years after the electron. It was initially categorized as a meson rather than a lepton due to it's massive mass, however it was realized the muon was much more similar to the electron than other mesons, as muons do not experience the strong interaction and hence was re-catorigized. In 1962 it was proved that more than one type of neutrino exists by first detecting interactions of the muon neutrino, which earned Leon M. Lederman, Melvin Schwartz and Jack Steinberger the 1988 Nobel Prize.

The tau was first detected in a series of experiments between 1974 and 1977. Like the electron and the muon, it too was expected to have an associated neutrino. The first evidence for tau neutrinos came from the observation of missing energy and momentum in tau decay, similar to the missing energy and momentum in beta decay leading to the discovery of the electron neutrino. The first detection of tau neutrino interactions was announced in 2000 making it the latest particle of the Standard Model to have been directly observed.

Leptons are 1/2 spin particles similar to Quarks, so see that section above for more information.

one of the most important properties of the leptons is their charges designated by Q. This charge determines how strong the electromagnetic interactions, the how strongly a particle reacts to a magnetic field and the strength of the magnetic and electrical fields created by these particles. Each group of Lepton's have a particle with a charge of -1 e.g. electron, muon and Tau and one with a charge of 0 the respective neutrino's.

Other Articles in this Series