Volcanoes are vents or fissures in the earth's crust that expel gasses, ash, lava, and rock. The term volcano applies to both the actual vent or hole and the mountain that builds up around the vent as it spews forth material. There have been more than 550 volcanic eruptions on land in recorded in history. This does not include the unknown thousands of ocean-floor volcanic eruptions. More than half of the world's active volcanoes can be found near tectonic plate boundaries around the Pacific ocean (the 'Ring of Fire'). About one third of active volcanoes run along a line south of Indonesia and are scattered among mid-oceanic islands. The remainder are in Africa, the Mediterranean and Asia Minor. Volcanoes can also also arise independent of tectonic boundaries at other locations.  The rising 'magma hotspots' that are responsible for the formation of the Hawaiian Islands are an example of this. Also, volcanoes are not just an earth bound phenomenon. There have been volcanic eruptions on the moon, Mercury, Mars and other moons and planets.

The Eruption of Mt Pelee

La Catastrophe: The Eruption of Mount Pelee, the Worst Volcanic Disaster of the 20th Century
The volcano Mount Pelée, on the Caribbean island of Martinique did not behave according to scientific expectations. Almost 27,000 people died on the morning of May 8, 1902 because, according to this book's author, no one had ever heard of a nuée ardente (pyroclastic flow) until after the destruction of Saint-Pierre.
Buy Now

This aspect of the series will focus on volcanic eruptions. This series is really only looking at the last 100 years or so of natural disasters (the 20th & 21st centuries), but will when merited go beyond that time frame. For example, it would be impossible to look at volcanic eruptions in proper context without going back a bit further in time to the Krakatoa eruption of 1883, and the Mount Tambora eruption of 1815, among the worst ever.

Icelandic Time Bomb - How to Survive the Next Big Eruption 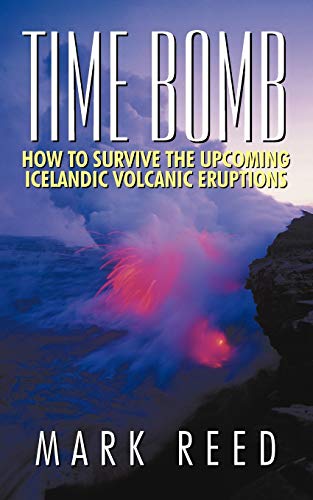 Large numbers of volcanoes erupt after having been dormant for many years, but in some places they display continual activity. Volcanoes are continually erupting in:

In May 2011, the Icelandic volcano Grimsvotn started to erupt.  The worst of the eruption was over within days.  Grimsvotn was a far more intense eruption that the eruption of Eyafjoll in April 2010, an earlier Icelandic eruption.  100 times more material per second that Eyafjoll were spewed into the atmosphere by Grimsvotn.  Some small disruption has occurred to air traffic.  The Eyafjoll eruption, while very minor, caused a major disturbance in air traffic for days. Around 20 countries closed their airports because of the ash.

On 28 January 2011, in Japan at Shinmoedake, an eruption caused 600 -1000 Japanese to evacuate for a period of time. Shinmoedake then erupted again in March 2011, causing much anxiety to the Japanese earthquake and tsunami victims. There are many minor eruptions at many locations which go unreported by the media. Sites such as "Eruptions" at ThinkBig (cited below) provide regular updates about volcanic activity worldwide.

A relatively recent major eruption resulting in 57 deaths was Mt St Helens in the State of Washington, in the United States, in 1980. This eruption is remarkable because it triggered the largest landslide in recorded history. The eruption process caused the summit and a bulge (magma deposits) which had recently formed on the north face of the mountain to come crashing down. This in turn triggered further blasts which expelled rocks, ash, gas and steam at a rate of up to 300 miles per hour to the north and west. The blast cloud went 17 miles north of the volcano while the landslide travelled 14 miles west. The first blast column travelled upwards to 15 miles above the volcano within 15 minutes. Another explosion from the newly formed crater sent ash, gasses and pumice pouring down the mountain at 50-80 miles per hour. Up to 520 million tons of ash was blown eastwards, so dense it sent an entire township 250 miles away into darkness. Ultimately there were 23 square miles covered by the landslide, up to 600 feet in depth. 27 bridges and nearly 200 homes were damaged. At least 7,000 big game animals in the area were killed along with 12 million salmon fingerlings.

Mount Tambora, on the island of Sumbawa, Indonesia, killed up to 92,000 people when it exploded after several centuries of dormancy. It was the most intense volcanic eruption in recorded history. The explosion was heard thousands of kilometres away. 11,000 died from the volcanic fallout but most died from disease and starvation as the eruption ruined crops. The Tambora eruption was so intense that it created a global climate anomaly called 'volcanic winter'. The result was that crops and livestock died in the Northern Hemisphere in what became known as the "year without a summer" (1816) in one of the worst famines of the 19th century.

Another massive Indonesian volcanic eruption was Krakatoa, the loudest sound apparently ever heard in modern history. The eruption of Krakatoa in 1883 killed 36,000 people with ash, superheated gasses and the resultant Tsunamis which were up to 40 metres high. The noise was heard 5000 kilometres away. The force of the explosion was said to have created sound waves that travelled around the earth up to seven times. Two thirds of the island were destroyed by the eruption.

Are Volcanic Eruptions getting Worse?

Volcanic eruptions are not new and like earthquakes, fires and floods it is really hard to support the proposition that they are getting worse in intensity or frequency due to climate change or any other factors. There are a lot of sources that state there is no evidence to support the propostion that volcanic eruptions are becoming more frequent. It is not apparent that they are getting more intense either, with the older eruptions being worse than those in modern times. As with other types of natural disasters, vast increases in population and development mean that when an eruption happens, the damage and the death toll are likely to be worse than previous eruptions. Fortunately we are developing ever better methods of prediction and disaster management practice.