Check out my new book

A revised version of this essay is included in my new American history book. If you click the link below, it will take you to a hub that provides more information. 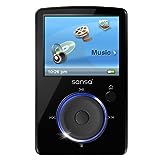 The Situation for Former Slaves

It’s hard to imagine what it must have been like to be a slave freed at the end of the Civil War. Suddenly, your entire life was no longer dictated by the whims of your master. Family and friends would no longer be sold, never to be seen again. There was finally a possibility that your future could hold more than backbreaking work with the fruits of your labor going to someone else. For the first time in your life, you knew what it meant to have hope.

But this initial euphoria, I suspect, would not last for long. Freedom brought new opportunities, but it also came with new questions and responsibilities. Most likely you had no money, no place to live, little or no education, and limited job skills. You also lived in the south, a region thoroughly disrupted and sometimes devastated by the Civil War. And as bad as slavery was, you were at least protected by the fact that your owner considered you a valuable piece of property. Now, if you were the victim of violence, or if you had no way to meet your basic needs, it is likely that no one would care. Southerners, bitter about their defeat and the complete disruption of their way of life, were likely to view ex-slaves as convenient scapegoats.

Clearly, ex-slaves needed some help if they were to successfully transition to their new lives as “freedmen.” Part of what they needed was basic legal and police protections. A political faction nicknamed the “Radical Republicans,” who controlled both the federal and southern state governments in the years immediately following the war, was able to pass some laws and amendments designed to give ex-slaves basic rights. Enforcement of these legal protections, of course, was another matter. Union soldiers occupying the South could not be everywhere, and they could not continue to police the south forever.

But even if the rules on paper were completely translated into reality, ex-slaves faced a fundamental economic problem. They needed to know where their next meal was coming from. The federal government could have provided adequate economic assistance in order to get them started. For instance, they could have provided each ex-slave with a certain amount of cash in order to get by for a while. Convincing enough northerners to go along with this policy, however, would be difficult. At this point in history, federal welfare of any kind was essentially nonexistent. Those dollars would have to come from somewhere, and northerners were already exhausted by the unprecedented levels of taxation that took place during the war. Expecting white northerners to finance significant amounts of federal aid to ex-slaves would be quite a stretch in the late 1860’s. Asking southern state governments to do the same would create even more anger, and many of these states lacked resources anyway. Just like today, it was much cheaper to pass laws than it was to provide economic aid. But as anyone experiencing extreme poverty knows, theoretical civil rights don’t mean very much when you are hungry.

There was, however, a simpler solution. Since slaves were often very experienced working the land, why not divide up some of the land of the south and distribute it to ex-slaves. As people who worked the land for generations without reaping the benefits, it was only fair that they should get a cut of the plantation owner’s wealth that they did so much to create. It would also be more of a long-term solution than government handouts, and it would cost the United States government little or nothing in terms of cash. Just provide them with some seed, and let them work to support themselves.

There was a fundamental problem with this land reform plan, a problem that prevented it from being carried out on any significant scale. If you divide up some of the land and hand it out to ex-slaves, the previous owners, who were angry enough about the outcome of the war, were going to be completely livid. The Civil War, which had been won by the United States with such a tremendous cost, might start all over again. And this time, it would be more of a guerrilla war, with Southerners possibly utilizing some of the tactics reminiscent of the insurgents of Vietnam, Iraq, and Afghanistan.

The Choice Between Reconciliation or Racial Equality

If you asked Abraham Lincoln what he was fighting for during the Civil War, the answer was simple: save the union. To Lincoln and the overwhelming majority of Americans, slaves were of secondary concern. The decision to free the slaves was only carried out in order to achieve victory. Initially, President Lincoln was reluctant to make this decision. It was not a particularly popular option, largely because most northerners feared the aftermath. Where are these people going to go? How are they going to support themselves? What will happen to northern businesses that profit either directly or indirectly from slavery? They never really resolved these questions. Laws and amendments that looked nice on paper would require a large investment from the north in order to actually carry them out, an investment that would likely antagonize the south. And any significant effort to deal with the fundamental economic problems of ex-slaves would either cost too much in terms of northern wealth or completely embitter the south. If the rights of ex-slaves were made the priority, then the goal of saving the union would not be realized.

Many historians view the era of reconstruction as a failure. In terms of the efforts made to help ex-slaves, it is hard to disagree with them. And after a short time, these efforts that were never adequate came to an end. As white southerners began participating politically in larger numbers, Republicans lost their hold on Southern states. The Democratic Party in the South, at this point in history, was the white superiority party. In the north, many Americans grew tired of military forces occupying the south and of efforts to promote civil rights. Other priorities – settling the west, promoting further industrial growth – took precedence over aid to ex-slaves. Civil rights for African-Americans, after all, were never a high priority for most northerners. The north was not exactly a place that had anything resembling racial equality.

So as the Republican Party declined in the face of a resurgent south and Democratic Party, ex-slaves began losing whatever friends they had in government. In 1876, after a disputed election in which the Republican Rutherford B. Hayes was declared the winner even though he lost, a deal was cut in order to gain Democratic acceptance of this “election.” Once Hayes was inaugurated, whatever was left of the United States army withdrew from the South, and from that point forward, the federal government essentially left the South alone. Segregation, voting restrictions, lynching of ex-slaves, and sharecropping would follow. Because of their lack of economic resources, large numbers of ex-slaves found themselves renting from the white landowning class. Black sharecroppers, along with many whites in the same situation, were often stuck in a cycle of debt that would last for generations. Some ex-slaves left the south, but most preferred sharecropping to the dangers and difficulties of traveling through the south toward an uncertain future in the north or the west.

Calling reconstruction a failure, however, is only a half-truth. Because the south was allowed to once again control its own destiny and set up a new system of racial superiority, the nation was able to reconcile (more or less) and avoid any future civil wars. In the end, the country had to make a choice: you could either put the country back together, or you could push hard to help ex-slaves transition to their new lives. For most white Americans, this was a relatively easy choice. President Lincoln, who was assassinated shortly before the war officially ended, did not live to see Reconstruction. Had he lived, he would have most likely led the country toward achieving his primary goal: saving the union. When the war was winding down, after all, Lincoln was clearly promoting a “forgive and forget” philosophy, and he proposed little that specifically addressed the rights and needs of ex-slaves. It is nice to think that Lincoln may have evolved, just as he had when eventually becoming an abolitionist. Maybe he would have realized that more needed to be done to help ex-slaves, and that these actions were worth the cost. We will never know.

It would be eighty years before we would see another push for African-American civil rights. In the 1950’s and 1960’s, the Supreme Court and Congress would overturn past decisions and policies, declaring segregation and racial discrimination unconstitutional. But when you consider the level of southern hostility toward these actions that existed in the mid-twentieth century, you can understand why the federal government backed away from civil rights in the years right after the Civil War, a time when southern resistance would have been even more intense. So the south was able to hang on to white racial superiority for decades. Unfortunately for the south, it would also languish far behind the north economically for many decades. This was partly the result of the damage inflicted by the Civil War, and by the fact that the north began the process of industrialization decades before the south. It is my belief, however, that the south blew a tremendous opportunity. Millions of black southerners had never been given the opportunity to build a better life for themselves. After the war, they finally had that chance. But instead of tapping into this potential economic resource, the south largely snuffed it out in the name of white racial superiority. Racism, in addition to being unjust, is just plain stupid. It can be, however, a terrific instrument for maintaining social stability. By keeping poor black and white southerners divided along racial lines, what had previously been the plantation owning class could maintain their dominance over the rural south. It makes me wonder what opportunities our society may be squandering, and what injustices we may be tolerating, in the name of maintaining stability and protecting the status quo.