Sharks Attacks in the Red Sea are common and will continue until the nations surrounding the Red Sea put in place strict safety measures to protect tourists from unscrupulous diving boat companies.

The Red Sea is the world's northernmost tropical sea, and is home to over 1,000 invertebrate marine species, many of which are not to be found in any other part of the world. An ancient coral reef circles the perimeter of the Red Sea extending 1240 miles. This reef forms tables and lagoons along the shoreline. Natural beaches really do not exist and deep water is never far from land.

As a result, tourists flock there to dive or take up water sports in the warm waters where the sun beats down for most days of the year, rather than bathing where the sharp edges of the reef would soon cut their feet to bits.

This proximity of deep water means that sharks occasionally wander closer to shore than they normally would, resulting in occasional shark attacks where sharks mistake a human for food.

Tourism and shark diving are the main industries in the area and add to the $12 billion Egypt alone generates through tourism annually. The waters are crystal clear, warm and teeming with life. Every diver's dream, it is understandable that tourists flock to the area to dive.

However, the dangers of some of the 44 species of shark that live in the Red Sea are played down, with divers being encouraged to get close the sharks without the added safety of shark cages.

Among those sharks are the highly dangerous and unpredictable oceanic whitetip sharks, which were responsible for the deaths of hundreds if not thousands of U.S servicemen shot down or shipwrecked in warm Pacific waters during the 2nd World War.

A scavenger, the oceanic whitetip will eat anything. Used as it is to deep waters where food is scarce, it has learned to take whatever food is going, including humans. While other sharks like the infamous Great White are more particular, and usually realise their mistake after biting a human (they really don't like the taste of us), the whitetip just doesn't care.

In the first week of December 2010, 4 people from Eastern Europe were attacked while bathing in the shallow waters at Sharm el-Sheikh resort in the Sinai Peninsula of Egypt.

The first two had their arms bitten off, while the second two, a pair of Russian women, were equally bady injured with the first woman losing a hand as well as having her leg and back badly mauled. She suffered a heart attack at the scene. The second woman lost her right arm and left leg. At the time of writing this all four are in a critical condition in hospital.

The Egyptian fishermen then went and caught and killed a short fin mako shark which is on the world's critically endangered list, and an endangered oceanic whitetip shark, showing them off the the worlds press as the culprits.

Two days later a 5th tourist, a German tourist, lost her life in yet another shark attack.

Obviously fearing for their industry with the risk of tourists staying away, the Egyptian officials have played down those incidents.

"It is unusual to have four attacks in a week,’ said Rolf Schmid, manager of the Sinai Divers’ Centre.

‘The area hasn’t had sharks for the past ten to 15 years."

Please then explain to me Mr Schmid how come you don't seem to be aware of a fatal shark attack on a tourist in Marsa Alam in Egypt on June the 2nd, 2009?

A 50 year old French woman was snorkel diving with about 20 other divers off the Le Nautile Liveaboard Safari boat when a shark bit her leg and she bled to death.

Or the fatal attack against another French tourist on the 26th of January, 2010? Like the previous case, she was diving in Marsa Alam off the Egyptian coast when she was attacked by a shark and bled to death.

At that time, newspaper reports said

"The last person killed by a shark in Egypt was reportedly attacked while snorkeling near the Sinai resort of Sharm el-Sheikh in 2004" (which again points to the lies told by Rolf Schmid who said they hadn't seen a shark attack for 10 - 15 years. I make it 6 years for Sharm el-Sheik and only 11 months after the previous fatal attack in the Red Sea off Egypt).

and State media is quoted as saying:

"It was the first fatal shark attack in the Arab country for five years".

Did they conveniently forget about the fatality on June 2nd of the previous year?

Director of Sinai Conservation Mohammed Salem is quoted as saying

"Egypt sees one to two fatal shark attacks a year and they increase as the number of tourists and swimmers in the water rises."

Finally, someone prepared to speak the truth. 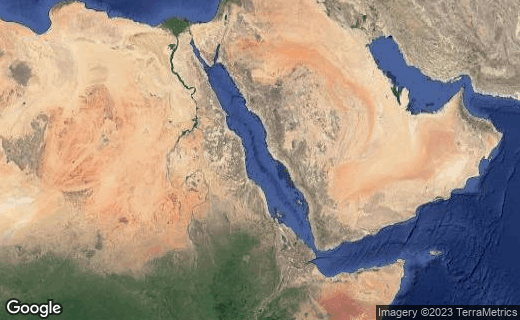 The Egyptian government has banned shark fishing its waters, and so instead all the former shark fishermen have converted their boats into diving boats, and there are reports that early morning off Naarma Bay you will find hundreds of boats of all shapes, sizes and conditions fighting for your custom to take you out to the deep waters to dive. Their equipment is old and unsafe and their boats even less so. None of these people who are desperate for your cash are going to warn you of the dangers of the sharks.

Indeed, many sites online talk about with the wonderful sights that await you underwater, including sharks, but fail to warn you of the dangers.

The Cause of Shark Attacks

Several different theories have been put forward as to the cause of the latest shark attacks in the Red Sea.

That would do it!

The hungry, eat-anything whitetips would have been there in a flash, feasting off an unexpected extra food source. It just takes one to learn the behaviour - go to the shallow water for food.

Chum is a mixtures of old fish, blood and guts that the sharks, with their super-developed sense of smell, could sniff out if within 5 miles and come to investigate.

Some experts believe this could change shark behaviour. They would become less fearful of humans and indeed begin to associate humans with food.

Studies in other parts of the world show this not to be the case.

Most sharks do not eat humans - they don't like the taste. But humans have been known to eat humans given sufficient hunger and sharks are no different.

A hungry and pregnant shark may pose an even greater danger. Most sharks are viviparous (they carry their young inside them and give birth to live young) and their gestation period is up to a year. Their common birthing time is late Spring, so by December those pups will have grown and be hungry.