The Lying Game of the Elusive Botanical Oddity Rhizanthes

The “Marie de Médicis” of All Parasitic Plants

Rhizanthes, Rafflesia and Sapria are three genera of the family of parasitic plants Rafflesiaceae all living in Southeast Asia, Indochina, the Malayan peninsula and the Indonesian and Philippines archipelagos. You may know, have heard about it or even seen its most famous member Rafflesia arnoldii known by its famous gigantic flower; the biggest in the world that can grow up to 1 m in diameter and weigh as much as 10 kg. Compared with the flamboyance and fame of its two sisters Rhizanthes is “deceptively” more modest and reputedly even rarer. However, it surely outperforms them with its perplexing alien-like aspect and more so with its sinister yet successive way of living. To the few people who at dawn have seen its flower that opens at late night it may look like the trap of a carnivorous plant waiting for its prey. It sure waits indeed, but not for prey. In full bloom it resembles a starfish or medusa while its central part, where its reproductive organs are located, look more like a blood-shot orifice of a hairy mammal. Behind this unusual look lie insect-manipulating potent powers to entice, appease and deceive a disparate cohort of nectar thieves, opportunists, female-chasing males and predators as well as dupes which lay hundreds of ill fated eggs on its flower. Kuijt, a famous author in the study of parasitic plants jokingly called Rafflesiasp the “prima donna” of all parasitic plants. Well, from what that is known about Rhizanthes sp the epithet may well be “Marie de Médicis”.

The parasitic genus Rhizanthes, firstly described by the Belgian botanist Barthélemy Charles Joseph, Baron Dumortier, in 1829, is indeed deceptive in many ways. The medusa-like appearance of its flowers, their abundant hairs, their striking and changing colours, and its strong odour and exudates elicit very contrasting behaviours in its visitors, including scientists. Also, like its sisters genera, if it wasn’t for its exuberant flowers probably it would still remain unknown to us. They are parasitic plants that live completely embedded in its host tissue and only come out when they reproduce by showing their magnificent yet bizarre flowers. Yes, if you are thinking of the Alien movies series that is precisely what happens. But, this time the host does not scream in pain and the “alien” in this case does not run away terrorizing anything that moves, it rather sits and waits. For pollinating carrion flies, Rhizanthes’ main pollinators, they dissimulate a corpse on which female flies are tricked into laying in-fated eggs. The fact that the flower its thermogenic, i.e. it increases its temperature above that of its environment, helps further to deceive carrion flies on thinking that they have found an fresh animal carcass and also helps the release of its luring smell. To bees, wasps and butterflies they are a place to steal nectar while to certain male flies Rhizanthes’ flowers are a vantage ground to lurk for females. Finally, to biologists, a source of frequent disagreement that only recently have showed signs off consensus due to genetic and more detailed molecular studies.

This behaviour of attracting and luring carrion flies is not new in the botanical world. In fact, it is typical of some genera in the family Araceae, as I described in a previous hub. It is what plant biologists call a pollination syndrome. Like some Araceae species, Rhizanthes plants attract carrion flies by the strong smell, appearance, temperature and exudation of their eye-catching flowers. However the flower does not trap the flies for some time as it happens with Araceae species. But the deception used Rhizanthes sp goes far beyond that of Araceae when it comes to numbers. Rhizanthes sp lure female carrion flies of several species to a “stuffy room” and a weaker excrement-like odour attract flies presumably from dozens of meters. At close range, the flower fleshy colours and a tangle of hairs probably dissimulate a mammal carcass, orifices and/or wounds. Pollinators are lured down the hairy tube towards the bottom in which is mistaken for a cavity where they can lay their eggs and their larvae can grow not “happily” and even less “ever after”. Entering into the flowers bottom requires the intrusion through the annular gap topped by the ring of anthers (the flower male organs) from which pollen mush is smeared onto the flies' back. More pollen is acquired at the gap on leaving by the same way. The mush of pollen then clots and hardens while keeping some potential for fertilization for 2 to 3 weeks. Rhizanthes like its sister genera Rafflesia and Sapria are dioicous, that is, they have female and male flowers on separate plants. Thus, there are female and male plants in the Rafflesiaceae family. Pollen delivery on a female flower is analogous; they also attract flies to lay their eggs on them. The pollen clot carried by the flies is readily reliquefied and “sponged” off by the fluid-soaked papillae of the stigma (flower female organs) cleverly located where the flies are laying there eggs again. Yes, they are duped many times. Carrion flies are indeed efficient pollinators when it comes to increasing the plant progeny. They fly long distances as they are strong fliers (about 50 km/week) and they are also long-lived (4 to 7 weeks) compared to most adult insect forms. Scientists have observed that 50% of the flowers were oviposited upon by up to a thousand eggs whose hatchlings die of starvation or ant predation in the end. The flowers of Rhizanthes are mostly visited by female flies while male flies visit the flowers to suck nectar (as females do) and/or mate but seem not to act as pollinators primarily. Other non-pollinating visitors of 12 families of 5 insect orders have also been observed as frequent visitors of Rhizanthes’ flowers. Some of them, totally full suckers, also lay their eggs while others like ants are just opportunists that prey on the flies larvae or steal the flower nectar. This efficiently deceiving behaviour of Rhizanthes sp led scientists to name the first two species described as: Rhizanthes deceptor from Latin alluding to Rhizantes’ notoriety in deceiving flies and scientists alike; Rhizanthes infanticide, from Latin, infanticida means to kill young children. Thus, the species specific name alludes to the flower pollination syndrome leading to the death of the pollinator’s progeny. When fertilized, the flower of Rhizantes turns into a fruit. Fruits of Rafflesia are eaten by squirrels and tree shrews which implicates them as the seed dispersers. However, unlike its most famous sister, Rafflesia sp., the seed dispersion of Rhizanthes and Sapria has not been documented yet. A wider range of dispersers have been suggested (elephants, wild pigs, tapirs), but rodents, anteaters and pangolins are more plausible.

A Life of Secrecy

Rhizanthes like all RaffIesiaceae species are holoparasitic plants, i. e. they depend totally on their host to complete their life cycle. They live completely embedded and fused within host plant’s tissues; lianas and vines of the genus Tetrastigma. They are thus called endophytes. These plants, of the family RaffIesiaceae, are only visible to their pollinators and humans when they flower. Then, they know very well how to attract attention. By looking on their host’s appearance it is impossible to say which ones are infected by parasitic RaffIesiaceae. In fact, from what it is known about the two, the host seems to suffer no harm or diminished capacity from having an alien living in it. This may lead us to question the concept of parasitism in these cases. Rhizanthes sp like all RaffIesiaceae species have no leaves, stems or roots, being just a shred of tissue inside the host plant stems or roots and only seem plant-like when they produce their luring flowers. When compared to other parasitic plants and regarding a parasitic life style, RaffIesiaceae are the most evolved in that respect. Being totally dependent on their hosts, throughout evolution they lost all their other organs (leaves, stems and roots) that were once used by their ancestors. Once those organs were no longer needed as the host supplies everything, thus, the only thing left is reproduction and all the energy once used in maintaining those organs is now used in reproduction by producing such vivid and hardly ignoring flowers. Living in such a competitive environment, as tropical forests are, RaffIesiaceae may well represent the ultimate goal of the popular saying “if you cannot beat them, join them”. RaffIesiaceae are thus the perfect example of such joining. The vivid colours and morphology of Rhizanthes’ flowers have been a major problem to scientists on distinguishing species, especially when using old specimens from old collections.The colour of Rhizanthes’ flowers may vary, as in other RaffIesiaceae, due to age, development stages, and external factors such as weather or soil composition and the species of host plant. The same thing goes for the flower hairs. However, and considering the environment where RaffIesiaceae live, under very dim light close to ground having such smelly big flowers may well be an advantage as they surely get noticed what ever crosses by them. Today, like all RaffIesiaceae sp. they are popular and their rarity is frequently advertised and used as touristic attractions. So, like someone once said “it’s good for the economy”! 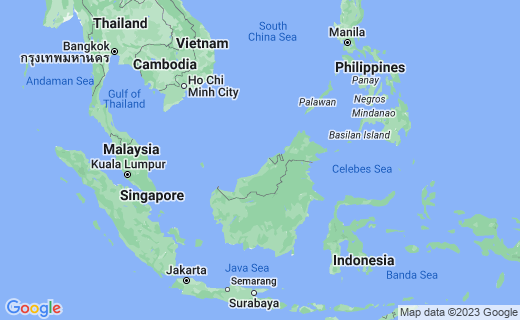