Robert the Doll: The Most Haunted Doll in America

Field trip to the uncanny valley

Pediophobia, or the fear of dolls, is a fairly common phobia. Along with pupaphobia, the fear of puppets, it is classified under the overarching category of automatonophobia, the fear of humanoid figures that too closely appear as if they were animate beings. Because of the prevalence of these phobias, the fear of dolls has long been exploited in pop culture, particularly within the horror genre. Slasher flicks such as Child’s Play and Dolls are perfect examples of films that became instant cult classics due to viewers being both fascinated and frightened by the idea of creepy dolls somehow becoming sentient beings. Although part of the terror incited by these movies is that the dolls intend to cause harm, one could argue that a friendly doll coming to life might be just as unsettling as a malevolent one.

Most people are not stricken with unbearable, all-consuming fear every time they are around a doll. Instead, one might experience a sense of discomfort or get a case of the heebie jeebies, especially around dolls that are particularly uncanny. But no matter what we may feel, we don't really have to be afraid, since we all know that dolls can’t walk, talk, or think, right?

Those who have come into contact with Robert the Doll would beg to differ. Robert is a three-foot-tall doll that currently resides in a Key West, Florida, museum and is said to be haunted or enchanted. For more than a century, people who have seen Robert have reported odd experiences, such as witnessing Robert blink or even hearing him speak.

How the horror all began

The story began in 1904 when three-year-old Robert Eugene Otto received the doll from a Bahamian servant who was employed by the family. It is believed that this servant was skilled in black magic and placed a spell on the doll after a quarrel with her employer. Little Gene became immediately attached to his new friend, taking him everywhere including to the dinner table and into bed at night. His parents would often hear their son playing with his new best friend in the next room, hearing Gene ask Robert a question and replying for Robert in a different voice. Later, Gene’s parents became unsure of this interpretation of events.

Tensions in the family rose as Gene's parents began to notice that items around the house had been broken and pieces of furniture had been overturned. There were several instances when Gene’s parents awoke to their son screaming, only to find their son in bed with his toys and belongings scattered haphazardly all over the room. Whenever these mysterious happenings occurred, Gene consistently and emphatically declared, “Robert did it!”

Despite the terror that Gene experienced as a child, he could not seem to part with the doll that he had loved since he was a little boy. In fact, according to legend, Gene’s relationship with his childhood toy grew to be odd and seemingly unhealthy. It is said that, as an adult, Gene spent the majority of his time holed up in the mansion painting pictures with just Robert for company.

The strange events did not end even after Gene inherited the house and married. It can be argued that Robert’s hold on Gene increased. Some acquaintances of Gene and his wife, Anne, believed that Gene was abusive towards her. According to these same reports, Gene would deny abusing his wife, instead replying that Robert was the one to blame.

Anne hated Robert so much that, after her husband’s death, she left Robert in an upper bedroom of the house and leased the property to tenants. In the lease, she indicated that Robert was the only resident of the house allowed to occupy that particular room and he was not to be moved. This didn’t prevent Robert from making an impression on his new roommates, however. Many of the tenants reported sounds of someone walking around upstairs. When they went to investigate, they found Robert sitting in a different place across the room from where he had been originally. Along with footsteps, the tenants reported hearing Robert giggling to himself, and, when checking on him, would see his expression change right before their eyes. Passersby, too, witnessed Robert’s odd abilities, often claiming to have seen Robert dashing from window to window and scowling down at them.

A visit to the museum and the old house

Would you take a photo of Robert without asking?

Robert moves to a new home

In 1994, Robert was donated to the Fort East Martello Museum, located inside what is believed to be a haunted military garrison dating back to the Civil War. Robert still resides there today, seated on a small chair in a glass case, holding a toy lion in his lap. Both the employees and the visitors to the museum continue to experience odd occurrences around Robert, particularly in regard to cameras. It has been reported that, if Robert does not want his picture taken, the camera will fail to work or all the photos will end up coming out blurry. It is commonly believed that, in order to avoid being hexed by Robert, one must ask his permission before even attempting to take a photo. His glass case is adorned with letters from former visitors asking for the doll’s forgiveness and pleading with him to remove the curse he placed upon them.

Make your reservations at The Artist House

Plan your visit to see Robert

The Ottos’ old mansion has now been converted into a charming bed and breakfast named The Artist House. Although some say the building is still haunted by the evil presence of Robert, the whimsical lavender-accented exterior, wi-fi availability, and complimentary continental breakfast don't really scream “ghost hunt.” Still, if you stay at The Artist House and are determined to squeeze out at least one unexplained occurrence, you can opt to stay in the room where Anne locked Robert away. The turret suite rates range from $185 - $295 a night, depending on the days of the week, special events, or holidays.

The Fort East Martello Museum is open daily from 9:30AM until 4:30PM, and the rates are affordable. And, if visiting Robert the Doll during daylight hours is too tame for you, the museum also offers nighttime tours after the doors have closed. Contact the museum staff to see about setting up your midnight rendezvous with Robert the Haunted Doll.

Looking for a great Halloween present? Check out this book about Robert 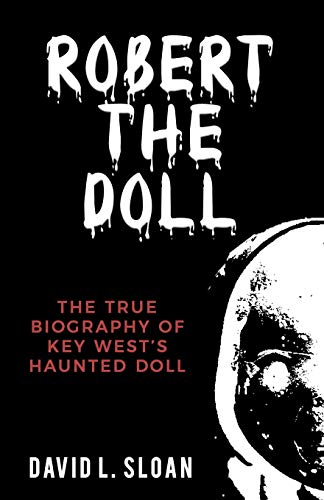 Sources and recommendations for further reading