The Largest Ship Ever Built By the Hand of Man

To modern sensibilities the SS Great Eastern looks like a strange hybrid. That's because she was part modern steamship, paddle steamer and sailship at the same time. She had all these means of propulsion available to her. To the eyes of the day she must have seemed strange and maybe even unsettling. Certainly, she dwarfed every other ship around her.

The Great Eastern was a formidable ship and an awesome sight.

She was an engineering marvel, and a white elephant at the same time. It took the world half a century to catch up the Brunel's vision. By then the Great Eastern had been consigned to the scrapheap, but not before she changed many ideas about modern ship building.

She was the largest ship ever built - twice the size of her nearest rival - The SS Great Britain, which was an iron-hulled sailship with steam propelled screw propulsion, and was also designed by Brunel. 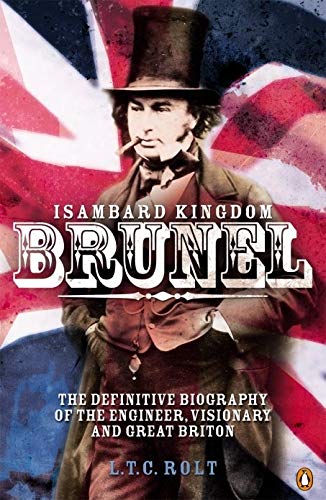 Isambard Kingdom Brunel was born on 9 April 1806 in Portsmouth, the son of a French engineer, who fled France during the revolution. Educated in both Britain and then France, Brunel returned to his homeland to work with his father in his engineering firm.

His first big project was the Thames Tunnel from Rotherhithe to Wapping, completed in 1843. This involved using an innovative method of tunnel construction. Such innovations were to become the hallmark of his career.

It wasn't long before Brunel branched out and began work on what may people believe was his greatest achievement: The Great Western Railway, on which he was appointed Chief Engineer. This construction work, which he oversaw himself, included railway tracks, bridges, tunnels, cuttings, viaducts and stations. Many of the bridges and railway stations are still in use today. His bridges included the longest span in the world to date.

If this wasn't enough, Brunel then began building ships as well, designing the Great Western, then the Great Britain (the first iron hulled, screw propelled ship), and finally the Great Eastern.

Brunel was considered hard to work with. He had exacting standards, and would often argue the point until he won. For example, he insisted on a wide gauge for the Great Western Railway tracks, because they could take a larger load and would lead to a smoother ride for passengers. This was despite the fact that the rest of the railway system used standard gauge. He got his way. After his death the whole Great Western Railway was converted back to standard gauge. After all, it would cost less to convert the Great Western tracks back than to change all others in the UK to Brunel's gauge.

Considering his body of work, Brunel died young at the age of 53, on September 15, 1859. Many of his projects were not completed until after his death.

The Building of the Great Eastern

Brunel wrote of his experience in constructing the Great Eastern:

And it was a consuming passion for him, and the Great Eastern, due to its very nature -- something that had never been attempted before, was always going to push the boundaries.

It was the first ship almost entirely constructed of iron, and was in tonnage almost six times the size of any other ship built. The Great Eastern was twice the length of its nearest rival, Brunel's Great Britain, and it would require engines the size of a house to drive the screw propulsion and paddle engines. All this, entirely constructed on the side of the Thames.

Work began in 1853 at Napier Yard in Millwall, and progressed steadily until 1856 when the first disaster occurred. Brunel's partner in the venture Scott Russell, who had hidden his financial problems declared bankruptcy, stopping construction of the ship. After a scramble for financing construction finally recommenced three months later at an increased pace.

Later in its career the Great Eastern would be called an unlucky ship, and part of the reason for this reputation was said to be the speed of construction which was so fast that more than one person was trapped between the double hulls. This has been disproved on more than one occasion, but the urban myth persists, and it was this accelerated production schedule that brought about this myth.

The trouble did not end there: By November 1857 the Great Eastern was finally ready for launch. Brunel set the date for November 7, 1857, and asked that the yard be kept clear on the day. The engineering firm, which was cash-strapped, ignored him and sold tickets to the event. The yard was overrun with onlookers and when the launch commenced there was a large bang as one of the steam winches exploded under the strain, and the launch attempt was abandoned.

It took 10 weeks to get the Great Eastern into the water. She was pushed inch by inch into the Thames with hydraulic rams. She floated for the first time on January 31, 1868. Shipbuilding technology wasn't the only area that needed to catch up with the Great Eastern.

It Seemed Like a Good Idea at the Time

The Great Eastern was then moved to Deptford for fitting out. In November of 1858 the Great Ship Company was formed to undergo completion of the ship when the Eastern Steam Navigation Company, the original financiers, collapsed due to debts.

Sea trials were finally ready to commence, and were planned to take place on September 7, 1859. On September 5, 1859 Brunel collapsed on the deck of the Great Eastern after having a stroke. The sea trials were postponed by two days while Brunel remained in his sickbed. In doing so he missed the explosion that killed 5 of the crew and injured 2 others during the maiden voyage. Brunel died 10 days after his stroke, and never sailed on the finished ship.

The Great Eastern then went into service on the Southampton-New York run. During her years on this run she never carried a full compliment of passengers, and never made a profit. She had a reputation for being unstable, and passengers complained of the damage to clothing from the smoke from the funnels, which were positioned close to the deck.

The Great Eastern may have been the biggest ship on the ocean, but she had one great flaw. She was unable to turn a profit.

In 1864 the Great Eastern was sold and would begin the major work of her career.

In 1864 the Great Eastern was sold to the Telegraph Construction and Maintenance Company for £25,000. The company was very fortunate to be able to purchase her, as she was the only ship large enough to accommodate all the cable required to cross the Atlantic.

The Great Eastern had much of her interior and some of her machinery removed for her new role, and commenced work, setting out from Ireland in July 1865. Her mission was to lay 2,600 miles of the 1865 transatlantic telegraph cable. After that feat, under Captain Robert Halpin, from 1866 to 1878 the ship laid over 26,000 nautical miles of submarine telegraph cable including from Brest, France to Saint Pierre and Miquelon in 1869, and from Aden to Bombay in 1869 and 1870.

The Great Eastern's career ended in 1889. Her cable laying career came to an end when ships designed for the purpose were launched. There was even a brief return to the passenger service which she had been built for carrying Jules Verne, among others, to the Great Exhibition in France. In her time in France she doubled as a floating advertising board. It wasn't enough to save her.

She was towed to Rock Ferry on the River Mersey and broken up for scrap metal. It took 18 months to pull her apart...and the largest ship the world had ever seen was no more.

Brunel was a man ahead of his time. His engineering visions changed the face of the modern world. In the case of the SS Great Eastern, man was not ready for his vision and would not be for another half century, because the ship did not fit into the commercial reality of the time.

Most changes take place in increments; they take place in a very similar fashion to how Darwin described in his "Theory of Evolution". If you look at how products come onto the market you will see, for the most part, small changes that have been built on top of one another. More innovative products, which are mutations and stand out like a sore thumb are either astounding successes or dismal failures. There seems to be no in-between.

In the case of the Great Eastern the real reason for its commercial failure was the lack of market. It was designed to carry 4,000 passengers. It didn't ever carry that amount of people. Why? The market wasn't there, and wouldn't be there until almost 50 years later when immigration was opened up in the United States.

Also, the Great Eastern was a prototype in many ways. The support systems simply did not exist for a prototype like this ship. What I'm talking about here is technical support, ready made parts, and skilled tradesmen able to drop in and fix systems. These factors alone made the ship not economically viable. Even the technology to launch the ship lagged behind the construction of the ship itself.

The ship was too far ahead of its time.

What is the legacy of the Great Eastern?

The Great Eastern was the safest ship on the seas. When you hear the term 'unsinkable' bandied around with ships such as the Titanic, and even the Cunards Mauritania and Lusitania they don't hold a candle to the Great Eastern. Builders of ships, instead, in trying to get an economic edge, scaled back most of the features that the Great Eastern had. The Titanic would have been inconvenienced but not sunk if she'd had the Great Eastern's double hull.

Today, the safety features that Brunel insisted on incorporating in the Great Eastern are mandatory in ship construction.

Without the Great Eastern the Atlantic Telegraph Cable would never have been laid. It was the only ship in the world large enough to carry the length of cable and its engines the only ones big enough to ensure the ship could stay all those months at sea. The value of this service cannot be understated, and the difference it made to the world's communications was invaluable.

The greatest and most profound legacy of the Great Eastern was that in building it, Brunel proved it could be done. If anyone had asked before whether or not such a big ship could be built they would have been laughed at and ridiculed. In this way alone Brunel triumphed. By the time big ships were necessary there was no question about whether or not they could be built.

Brunel's folly was in not realising that there had to be a market for an invention, but that was also one of his strengths as his career attested over and over again. The Great Eastern was a triumph in engineering, and his methods of construction paved the way for modern shipping innovation. Overall it was a triumph, but one that would only be reaped by future generations.