Historic preservation a must!

Sams House is a perfect example of just how important historic preservation is to us.

The Sam’s House at Pine Island has a very unique history and for the property owners to have discovered an Indian burial ground on the property was an added plus. I cannot imagine how difficult it could have been at that time to float the entire cabin up the river when the Sams moved up to Merritt Island, Florida. Now the cabin is restored and maintained very well I thought. Although there were structural renovations, the coordinator pointed out original features of the cabin including the floors and windows. There were several displays highlighting indigenous plants and family artifacts. We also viewed several fossils and you can see the original teeth still intact.

Travel back in time along the paved trail where interactive exhibits highlight Pine Island's many past inhabitants.

Wading birds, bald eagles, alligators, manatees, and bobcats are just a few of the animals that you may see.

The Environmentally Endangered Lands Program and the St. Johns River Water Management District jointly own this over 900-acre site.

Built by John H. Sams in 1875, this is believed to be the oldest standing home in Brevard County. Originally built in Eau Gallie, the house was taken apart, floated up the Indian River Lagoon, and reassembled on this site in 1878. In 1880, ten family members (4 adults and 6 children) lived in this 600 square foot cabin!

The building had internal partitions, but has been restored as one room. The flooring, windows, ceiling, and external siding are original and constructed entirely from pine.

The cabin was also used as a school and for church services prior to the construction of the area’s first schoolhouse in 1883 and St. Luke’s Church in 1889.

John H. Sams built this 1888 home in the classic Florida vernacular style to accommodate his growing family. He had a wife and 8 children, some of whom were grown and living on their own at the time this house was built. His older brother and sister also lived with the family.

Mr. Sams was a farmer, businessman, and the first Superintendent of Schools in Brevard County. He originally moved to Florida from South Carolina with his family in 1875.

At 1,260 square feet, the home features two large rooms downstairs, a family room and an office. The upstairs holds three bedrooms and a bathroom. A separate kitchen was located behind the cabin. It was customary to keep the kitchen separate from the house to reduce the risk of fire and because kitchens were very hot. Prior to the 1930s, there was no indoor plumbing and an outhouse was located nearby. Part of the large porch was enclosed in the 1950s to construct a new kitchen and bathroom (now removed). After the main house was built, the smaller cabin was used as separate bedrooms and later as a utility room. Descendants of the Sams family lived here until 1996.

The exterior siding and interior woodwork are original. As with the cabin, the building is entirely constructed of pine. Restoration of the main house and cabin was made possible partially through a grant from the Florida Department of State, Division of Historical Resources.

Travel back in time here and along the paved trail where interactive exhibits highlight Pine Island’s many past inhabitants, including Ice Age animals, Native Americans, and early pioneers.

The Sams House at Pine Island is located within the 900-acre Pine Island Conservation Area (PICA). At PICA, you can enjoy hiking, biking, fishing, canoeing, and kayaking through five different habitats and over five miles of trails. Wading birds, bald eagles, alligators, manatees, and bobcats are just a few of the animals that you may see. The EEL Program and the St. Johns Water Management District jointly own this site.

Historical exhibits throughout the Cabin

What is an EEL Sanctuary?

The term EEL means Environmentally Endangered Land, of which Sam's House and its environment fall into that category. An EEL sanctuary such as where Sams House is located is:

Where is it located?

Our visit to Sam's House, Pine Island, in pictures

As the weather gets nicer, and cooler, it is a great time to spend more of it outside and on the trails. This time of the year there are less mosquitoes. When I visited with my kids during the summer, it was right after a week of rains, and the mosquitoes were out in full force. Going through the trail, we were like a buffet for the mosquitoes, so we plan to do the trail again in late December when it much cooler and the mosquitoes will be virtually non-existent.

Be sure to take full advantage of the most beautiful days of fall by coming out and hiking the Sams House at Pine Island Conservation Area trails!

Learn how to make your very own corn husk dolls.

Grades preK-2 "Little Pioneers": Discover what life was like for Florida pioneers by visiting Brevard's oldest standing home (the 1875 Sams cabin), doing pioneer "chores" and going on a nature hike.

Grades 3-5 "Florida's Diverse History": Go back in time to Florida's beginnings and sift for fossils, explore a Native American camp, learn how to throw an atlatl, see inside the 1875 Sams cabin, and explore the surrounding woods.

Homeschool Programs
All programs can be one or two hours in length. Choose from: Little Pioneers, Megafauna, Native Americans, Ecology.

Recently a coyote also visited, and observed the strange human folk from a distance. 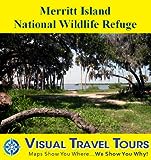 This video shows other wildlife that can be seen on the trail.

Pioneer Life is discussed frequently in the oldest standing structure, the Sams House Cabin. As a member of the attentive audience you will learn about the life of the Sams family and some of the interesting activities of the people of the Courtenay community.

The Trail of Sam's House at Pine Island

Other members of the Sams Family

The history, the houses, the artifacts, the land & atmosphere, ...everything is so very interesting and refreshing here. The staff & volunteers at Sam's House are very nice, educated, informed and enthusiastic. It is definitely a place that you will want to go back to.

Have you been to Sams House in Pine Islands Florida?

Have you been to Sams House, Pine Island