Sandflies, Gnats and the B That Bit Me - Flies that Bite and Cause an Allergic Reaction

Something bit me in the garden the other day, while I was innocently planting seeds and minding my own business.

It was small and dark, just about the same size as the tiny seeds I was planting actually. I thought it was a stray seed that had somehow worked its way on to the back of my hand.

I automatically flicked it away, and noticed three things at the same time. It was soft and squelchy, unlike the hard seeds I’d been working with, it hurt – there was a stabbing pain – and thirdly blood immediately oozed out of the tiny wound – thick dark globules of it.

Now tell me the truth, you thought I was saying a bad word in the title of this hub. I was referring to Biting Midges, of course.

My hand immediately started to swell around the area of the bite as shown on the right here.

We can safely say it wasn’t a mosquito. When mosquitoes bite, their proboscis, (the needle like part of them that they inject under the skin to seek blood) is smooth sided and really doesn’t hurt at all at the time. You only know you’ve been bitten by a mosquito when you start to itch, which of course is moments later, after it has flown away. Also mosquitoes do not tend to leave evidence of their visit, like freely flowing blood.

The itch caused by this bite was horrendous - much much worse than the itch of a mosquito bite.

Thanks to my good friends on the forums here on Hubpages, we have narrowed it down to probably a member the diptera family which includes sand flies (endemic here) , gnats and biting midges. 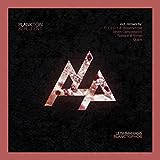 Like mosquitoes, it is only the females of the sandflies that bite. They need a protein that is only available in blood in order to produce eggs. Unlike the mosquito however, the proboscis is serrated, causing pain.

Sandflies inject a mixture of anti-coagulant and anaesthetic into the blood stream of their victim.

Some people, myself included, are allergic to this chemical mix.

This creature, or members of its family, have bitten me before. The bites always happen in the day time, and they always happen in my garden, where I have an abundance of grass and vegetative material growing.

I am still unable to fully distinguish this insect. It seems that the name sandfly is used to mean a lot of different types of biting insect. Sand-fleas, the biting midge and black flies are also called sandflies at times. And all gnats are dipteras.

I live in an area that has sandy soil, and is hot but not especially humid, and is a good 20kms from the sea.

A Local Remedy I heard of later

Apparently, it is not uncommon to 'bleed' the wound to get rid of the insect's toxins.

This would involve taking a sharp knife and cutting open the bite wound, preferably right away, and allowing the wound to bleed.

Hopefully this would push the toxins out of the body instead of into the blood stream where it then gets the chance to do a lot more damage.

Each time I get a bite I get the same reaction.

You would think that anyone who suffers this on a fairly regular basis would remember to always use some form of insect repellent at all time while in the garden, and I do mostly. Maybe once a year I forget and this happens.

For the first time I had to seek medical attention because my fingers were turning blue, quite apart from the pain I was suffering. Every time I noticed the fingers turning blue, I tried to wiggle them a little bit (they had no more free movement than that anyway) to increase blood circulation.

The bite happened on the Saturday. I resisted going for medical help on the Sunday partly because I was sure that before the end of the day the swelling would have started to subside, partly because I couldn't move my hand and therefore couldn't get dressed, and partly because I believe emergency treatment should be for emergencies only.

Insect stings/bites have been known to cause anaphylactic shocks in some people, none of the symptoms of which I had.

For the record, always seek immediate medical assistance if:

On the Monday, I went along to the local GP surgery, where I was given an IM injection of steroids in my bum, (that didn't hurt at the time, but man, it did later!) and a prescription for anti-histamine tablets, a steroid cream and an antibiotic, and have been told in no uncertain terms that if I get stung again, I have to treat it as a medical emergency and seek treatment right away, as I have an allergy to the toxins injected.

Read here, it's common name here in Spain is MOSCA NEGRA, and it is from the family Simulium.

7 days later I was still feeling ill.The swelling had gone down but the hand still itched a bit despite the treatment. I suffered intermittent headaches all week, and just didn't feel right.

Sand flies are an especial danger here in Spain because they spread leishmaniasis. This disease affects dogs badly, but human can also develop a form of it, known as cutaneous leishmaniasis. This is characterised by skin lesions that can develop weeks or months after the infective bite, leaving disfiguring scars.

The moral of the story is:

Always wear a bug repellent spray while in the garden.