Mythologies from around the world are filled with tales of treacherous waters. And there should be no surprise the world's ocean and seas have played a major part in the ancient people’s beliefs. Sea-faring cultures such as the Vikings, Greeks, Romans, and Phoenicians knew firsthand the dangers of trversing the huge waterways.

Even today, sailors, oceanographers, and other researchers are aware of the ocean’s power. They may not associate gods or sea monsters to them, but they understand how fickle and destructive these waterways can be.

And, when scientists view the entire history of Earth, they discover that deadly seas have always existed; especially those that had real monsters swimming in them.

The “seas” themselves are not exactly seas, either. In many cases they are an entire ocean, portions of major oceans or giant lakes. Either way, these large bodies of waters have spawned unimaginable horrors.

What Makes a Sea Deadly?

There are many factors that contribute to a deadly sea. Most often, it’s the weather patterns or the storms it produces. Also, it can be the shifting tectonic plates under its surface, which can produce underwater volcanoes, earthquakes, and tsunamis. Other natural factors can be shallow reefs or jagged rocks under the surface, icebergs or giant rogue waves.

Also, there are manmade hazards that contribute to a sea’s deadly status. Modern-day pirates, mine-fields or war zones have created many dangers.

In prehistoric time, on the other hand, it had to do with beasts under the waves during the various eras that stretched over millions of years.

Recently, BBC Online’s Science and Nature page posted an article detailing the seven deadliest seas of all time. All seven of them existed millions of years ago when the continents of today were either breaking away from a larger land mass or being created by upheavals and eruptions on the sea floors.

The seas – or in this case, the entire marine systems – were listed. They are as follows:

There were other eras for the deadly seas. Many included the time of the dinosaurs while others contained the first prehistoric mammals. Even the sharks made their presences known. These are the eras:

The top preditors of the deep were the giant massaurs and the long-necked plesiosaur, Eeasmosarus. And if that wasn't dangerous enough, the land of the time offered no quarter with such dinosaurs such as Tyrannosaurus Rex on the prowl.

Fast forward to modern times, in which humans sail the "seven seas." This term has often been considered a cliche of sorts. Nearly any large body of water can be considered one of the fabled seas of legend.

Most people assume the “seven seas” is a reference to the North Pacific, North Atlantic, Indian Ocean, Arctic Ocean, Antarctic Ocean, South Pacific, and South Atlantic . However, there are several areas designated as seas throughout the world, including the Bering Sea , Sea of Japan, Caribbean Sea, Red Sea , and others.

Of these watery regions, seven of them are considered deadly. They are:

And now, for a few honorable mentions… 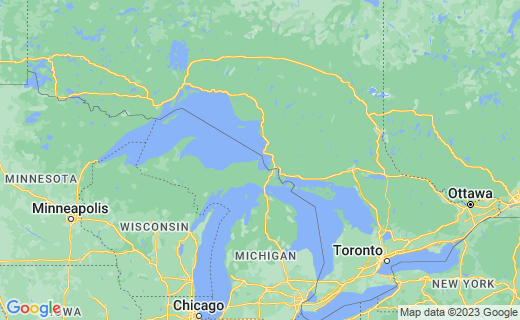 There are several deadly waterways that need to be mentioned. The Persian Gulf is a geopolitical hotspot. Once a nearly impossible ocean to sail on, the Arctic Ocean is opening up, thanks to global warming.On top of having iceberg fields, it may become another geopolitical hotbed as several nations including Russia, Canada, and the United States vie for navigational and oil drilling rights.

Although technically not an ocean – or a sea for that matter – the Great Lakes are weather producers. Due to their size and location, the Great Lakes generate freak storms and massive waves that have sunk numerous large ships (anyone remembers the fate of the Edmund Fitzgerald?)

The waters off the southernmost tip of South America and Africa are notorious for their weather and currents. Many ships and sailors have met their fate in these waters. These regions are where oceans currents converge. In South Africa near the Cape of Good Hope, the Atlantic and Indian Ocean meet. Near Cape Horn in South America, the Pacific and Atlantic clash.

Finally, there’s the ocean themselves. The Pacific, Atlantic, Indian Ocean, Arctic and the area known as the Antarctic Ocean (the southern end of the Atlantic, Pacific, and Indian Ocean) are wrought with various forms of treachery. They’re weather producers, home to various predators, and contain powerful geological forces within or under its surface. Also, human activity -- namely pollution -- is making them more toxic than ever.

What Will the Future Hold?

These oceans and seas will get more violent. Global Warming may raise its level, and help to produce bigger and stronger storms. Also, it is likely that small low-lying islands may vanish under its waves. The world’s waterway may be dangerous now, but they’ll become more deadly if the trends of today continue.