In recent decades, scientists have discovered so-called dead zones throughout the world’s oceans and lakes. Most dead zones are caused by agricultural run-off, particularly that caused by the use of chemical fertilizers, which are high in nitrogen and phosphorus content. But pollution of all kinds spawns dead zones, including industrial effluent, the release of human sewage, treated or otherwise, and waste from animal farms.

It’s been estimated that more than 400 dead zones exist around the world, and that number goes up seemingly every week. Wherever scientists investigate, they tend to find dead zones – simple as that. As for the United States, the largest of these dead zones covers perhaps 7,000 square miles, an area bigger than the state of Connecticut.

Let’s take a look at these terrible dead zones and find out how bad they are and see what can be done to reduce their size or eliminate them entirely.

Perhaps the most polluted of the Great Lakes of the United States, Lake Erie has shown for decades a dead zone that spreads plague-like throughout this huge body of water. Growing late each summer, this dead zone features a greenish algal bloom that robs the water of oxygen, killing fish and other aquatic life. Caused by run-off from fields that produce crops of soybean and corn, this binge of nutrients causes eutrophication, a toxic buildup of chemicals in the ecosystem that is very difficult to counteract. Unfortunately, the blue-green algae or cyanobacteria that cause the algal bloom are not consumed by zebra mussels, an invasive species that has plagued Lake Erie in present times.

Nevertheless, the 1972 federal Clean Water Act and the 1978 bi-national Great Lakes Water Quality Agreement led to the reduction of phosphorus levels in the lake, greatly reducing the dead zone. But by the middle 1990s, the dead zone returned to the point that public water supplies have been shut down in parts of Ohio and Michigan. Sadly, similar problems trouble lakes, large or small, throughout the U.S.

One of the greatest bays in the United States is Chesapeake Bay. More than 150 rivers and streams empty into this body of water, which covers more than 64,000 square miles. Chesapeake Bay’s fishing industry has been one of the finest in the country, but its output has declined greatly in recent years because of pollution, overfishing and degradation caused by invasive species.

First identified during the ecological movement of the 1970s, this grand bay has spawned a dead zone too. Urban runoff from the numerous great cities of the eastern U.S., as well as agricultural and industrial waste, have depleted much of the bay’s oxygen, so bad in some areas that blue crabs flee and gather near the shore, creating a so-called crab jubilee. Also, a build up of sediment in the bay causes less sunlight to energize its water. In recent years, officials say the bay is cleaner, but billions of dollars need to be spent to dramatically improve water quality. And many people move to this attractive area every year, compounding the problem.

Lake Tai is the third largest fresh water lake in China. Located in the Yangtze Delta, near Shanghai, Lake Tai covers an area of over 800 square miles, but its depth is generally shallow, only six feet or so. The scenery is marvelous around this picturesque lake, but the rapid economic growth of China is taking its toll on this wondrous body of water.

In the 1980s and ‘90s massive amounts of garbage and animal waste were dumped into the lake, fouling its once lovely waters, but this eventually caused the government to intervene, spending billions of yuan to help cleanse it. Many factories in the area were closed around the year 2000, but money spent to clean the lake often entails little more than paying fishermen to scoop algae from it. An Algae bloom now plagues Lake Tai to such a great extent that at times it covers the entire lake. Consequently, few people can now drink its water. It appears China must choose between the health of Lake Tai or heedless industrial development. Who or what will win?

Located north of Germany and Poland and south of Scandinavia, the water of the Baltic Sea has always been low in oxygen, because of a limited flow of fresh water at the entrance to the sea. But now the water is warming because of climate change, exacerbating the problem of low oxygen. Now the Baltic Sea contains one massive dead zone and/or many different smaller dead zones, take your pick, an area covering as much as 60,000 square kilometers, rivaling that of any other dead zone on the planet.

In recent years, many countries in the area around the Baltic Sea have joined a Baltic Sea action plan, hoping to reduce nutrient flow into the sea. Chemical fertilizers pose the biggest problem. A multi-country committee known as HELCOM hopes to reduce this monstrous dead zone. HELCOM has a complex agenda but nothing less will probably do much good. Nevertheless, forming a committee of this sort is at least a start.

Located east of Italy and west of the Balkan states, the Adriatic Sea is an area of the Mediterranean Sea that has been hit with numerous forms of water pollution, including the discharge of nutrients responsible for algal blooms. Suffering the worst from such pollution is the area where the Po River in northern Italy empties into the Mediterranean Sea.

The Adriatic Sea also suffers from pollution left by ships, particularly tankers, which ply its waters. Many of these huge ships are guilty of ballast water discharge, which dumps various forms of waste in the sea, including garbage, bacteria, viruses and invasive species. Offshore oil drilling in places such as Croatia affects the sea’s health as well. Countries surrounding the sea seem interested in cleaning up the Adriatic or at least prevent it from getting worse, but who knows whether this concern will reduce the dead zone, much less eliminate it.

Around 5,600 B.C.E. the Black Sea may have been a massive fresh water lake, until water from glacial melt caused the Mediterranean Sea to overflow into the lake, raising its level about 150 meters, thereby turning the lake into a marine environment. (This event may be the factual basis for flood myths, particularly the one in Genesis of the Hebrew Bible.) Interestingly, this inundation of sea water could have created the anoxic level in the lowest areas of the Black Sea, creating a kind of natural dead zone that exists to this day. But not all scientists think this inundation event actually happened in the Black Sea.

Be that as it may, the Black Sea became the world’s largest dead zone when the agricultural might of the Soviet Union dumped massive amounts of chemical fertilizer run-off in the sea. But, when the Soviet Union collapsed in the late 1980s, much of this run-off decreased dramatically, reducing the dead zone in size and scope.

Fortunately, many countries bordering the sea have installed sewage treatment plants, so there’s hope for the environmental health of the Black Sea.

As far as most Americans are concerned, the dead zone in the Gulf of Mexico is almost certainly the most famous - or infamous of the dead zones. This monstrous, suffocating discharge of chemicals and sediment covers some six to eight thousand square miles (the size of some states in the eastern U.S), though it fluctuates in size on a yearly basis. Identified by scientists in 1972, the Gulf of Mexico dead zone, that is the one fed by of the Mississippi River - because there are other dead zones in the gulf - is one of the largest in the world and tops a list of America’s dead zones.

Interestingly, scientists at the National Oceanic and Atmospheric Administration and the Environmental Protection Agency have hoped to reduce the size of this dead zone to about 2,000 square miles, but this hasn’t happened. The use of chemical fertilizers to produce corn and soy beans is the biggest problem in this regard, so unless American farmers grow less and/or convert to organic farming the Gulf of Mexico dead zone will probably get larger and larger in the coming years and decades.

The problem of dead zones has one major cause: overpopulation. According to a recent issue of National Geographic magazine, the world will have two billion more people by the year 2050. How will we feed these people? If we have to use chemical fertilizers to produce the food to feed them, dead zones will almost certainly get bigger and bigger, until millions of square miles of the world’s oceans and lakes will be covered by fetid, slimy, algal layers devoid of oxygen and most animal life.

This frightening scenario could happen. Clearly the world must stop using chemical fertilizers to produce most of its food. Perhaps instead organic fertilizers could be used - manure works quite well - or maybe chemical fertilizers could be produced that degrade quickly into innocuous substances. The amount of human and animal waste dumped into water will have to be greatly reduced as well. In fact, some of it could almost certainly be made into a much more environmentally safe fertilizer!

Much of this will have to be done or we will surely suffer. Individuals can do their part by educating themselves and voting for candidates who will help clean up this beleaguered planet. Simply put, the dead zones gotta go or we'll be, uh, dead!

Please use organic fertilizer to reduce the dead zones 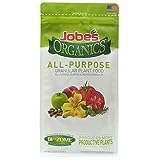