Shipwreck! An artist's vision of the Sinking of the immigrant ship, Sirio, 1906

Amanda is a keen artist and art historian with a particular interest in 19th-century art, especially the work of the Pre-Raphaelites.

The Sinking of the Sirio by Benedito Calixto,1907

Trailor for a film about the Sirio by Canal Television

A short film about the Sirio by Antonio Rabadan

An Italian migrant ship founders on the rocks

Whenever I hear the word ‘shipwreck’ I immediately think ‘Titanic’. It’s as though it were the only shipwreck that ever happened, or at least the only one that anyone ever remembers. My mind fills with Hollywood style images of people clinging desparately to planks, calling for help until their voices are hoarse, and their numb fingers can cling on no longer. Of course the reality is just as terrifying and just as dramatic as the film, but Titanic is by no means the only ship to be lost at sea, and there have been other shipwrecks that have exercised the public imagination just as much in their day.

Unless you have a family connection to the Italian and Spanish migrants who were on board this ship bound for Montevideo and Buenos Aires in 1906, you may very possibly not have heard of it, yet the sinking of the Sirio made headline news around the world.

Approximately 350 perished when the steamship struck a reef off of the Hormigas Islands on August 4th 1906, close to the Spanish coast. The ship’s captain, eager to make good time on his voyage, had steered too close to the perilous coast line, and the ship was going at a fair clip when it piled on to the treacherous rocks concealed beneath the waves.

Immediately after the impact, the passengers and crew surged towards the life boats. Such was the sense of panic and lack of organization, that many were crushed and trampled to death, whilst others jumped overboard without life jackets. Such situations often bring out the worst in people, and this occasion was no exception, as many of the Italian men now drew knives and fought their way to the life boats, pushing aside women and children and wounding or killing any that stood in their way. According to a report in the New York Times, two days after the event, the captain, seeing madness and mayhem all about him, and wracked with guilt and despair raised his revolver to his head, and took his own life. Unfortunately perhaps for the captain, this story was later proved to be in error, and the captain in fact died in Genoa the following year after facing a thorough investigation into the disaster. Later reports suggested that more people died as a result of the panic than from drowning.

Meanwhile, local fishermen were rowing out to save people, but some ended up drowned themselves as the hapless victims swamped their fishing boats trying to get aboard. On board the ship, one of the passengers, the Bishop of Sao Paulo, Brazil began to bless those he could reach, and to pray for those he couldn’t. He went down with the ship, still blessing the drowning.

Further drama was still to come as the captain of a fishing trawler, the Juvan Miguel, seeing so many souls in danger, ordered his men to draw alongside the Sirio, and to rescue as many as possible. At first his men were reluctant because they could see that there were too many to help, so the captain drew his gun, and threatened them to obey his orders, which they then did. No sooner were a large number of the passengers aboard, than the captain was obliged to threaten them with his gun, too, as their frantic milling around began to de-stabilise the trawler. Acting quickly to save their vessel, the rescuers herded the passengers into the hold, and locked the doors until they could get them safely to shore at Cape Palos, Spain.

A second trawler, the Vicenta Liicarno, picked up more of those in the water, and a steady procession of boats, large and small, ferried the survivors to shore, where they were housed in a circus building and a poorhouse until they were able to continue with their voyage. The Spanish government arranged for any orphaned children to be placed in the Foundling Hospital, and charitable contributions were raised to help, but for many of the would-be emigrants, the disaster meant the end of their dream of a new life, and a large number, left completely destitute, started the long journey back to their homelands, on foot.

Benedito Calixto de Jesus (14 October 1853 – 31 May 1927) was a Brazilian artist. His works were usually portraits of Brazilians and Brazilian culture, including a famous portrait of the bandeirante, Domingos Jorge Velho (1923), or landscape scenes of the São Paulo region. I have not discovered what inspired him to paint his famous scene of the sinking of the Sirio, but in his own very original and characteristic way, he has managed to convey a little of the suddeness of the impact, and the drama that ensued. Note the Bishop of Sao Paolo blessing his brethren, and the mother clinging to her tiny baby. This painting now hangs in the Museum of Sacred Art in Sao Paolo, Brazil. 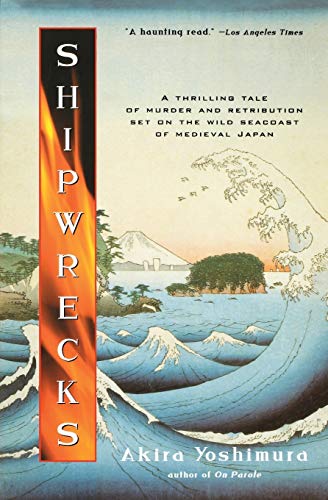