Similarities and Differences between Soft Corals and Jellyfish

I am not certain of how many people are aware that corals, especially soft corals and jellyfish have a connection. These two unique, interesting animals are family. How are they related, what family traits do they have in common, and how are they different?

Soft corals and jellyfish are fragile, colorful invertebrates of varying sizes. They are without heads, brains, central nervous, circulatory, and digestive systems. Their sac-like bodies are radially symmetrical, architecturally simple, and gelatinous with an ectoderm, middle gel-like layer called mesoglea, an endoderm or gastroderm, a network of nerve cells, and toxic spikes. They have external tentacles, and eat and excrete from the same body cavity.

Jellyfish move in two ways: vertically under their own volition, which has been described as a kind of jet propulsion. Water enters the bell then muscles squeeze and shoot it out from behind in a jet-like spray, and horizontally by the wind and currents of the sea.

Jellyfish colors result from their own pigmentation or from the organisms living symbiotically inside them. They can be green, yellow, orange, blue, red, pink, purple, or multicolor.

Habitats of Soft Corals and Jellyfish

Soft corals and jellyfish are found at various depths of all of Earth’s oceans.

Soft corals thrive better in tropical and subtropical waters. They share the reefs built by their hard coral cousins. They have also been found hanging down (to reach food source) from the roofs of caves.

Jellyfish favor coastlines, harbors, and estuaries. Some species also inhabit fresh water locales such as lakes. Jellyfish moves through these waters by themselves or in groups called blooms or swarms. Some blooms consist of more than 100,000 jellyfish, according to the article “Fun Jellyfish Facts for Kids – Interesting Information about Jellyfish” from the website http://www.sciencekids.co.nz. Scientists believe the size of the blooms is affected by the rise in ocean temperatures due to global warming and pollution.

Diets of Soft Corals and Jellyfish

Both soft corals and jellyfish eat plankton and tiny animals. They extend their tentacles into the water and use the stinging cells or nematocysts to trap or immobilize their prey before passing it into their mouths.

Soft corals depend mostly on their mutualistic relationship (a symbiotic relationship benefiting both organisms) with the zooxanthellae algae. They provide the algae with the chemical compounds it needs for photosynthesis and in turn, the algae produce oxygen, sugars, and amino acids for the corals.

Jellyfish are mostly carnivorous. They love to dine on small fish, crustaceans, fish eggs, and other jellyfish. Some species will even chase their food. The cnidocytes in their tentacles contain thousands of venomous stinging cells. When prey brushes against the extremely sensitive tentacles, the stinging cells shoot needle-tip coils into it, immobilizing it with the venom. Then the arms around the jellyfish’s mouth scoop the trapped animal into its body for digestion.

Reproductive and Life Cycles of Soft Corals and Jellyfish

Soft corals and jellyfish are capable of reproducing asexually and sexually. The resulting larvae are called planulae.

Different types of asexual and sexual reproduction are exhibited by soft corals. Asexually, they reproduce by Budding: new polyps grow out of existing ones, fall off, and form new colonies; Fission/ cloning: two identical female colonies develop. This takes places especially in February and May; Runner formation: external runners (branches) extend from the base of the existing colonies to form separate new colonies on areas along the reef.

Sexually, soft corals reproduce by Brooding: male polyps release sperm into the water, female polyps capture them to fertilize their eggs, and then release the resulting planulae through their mouths back into the ocean. Using the cilia on their bodies, the planulae eventually swim to the bottom and form new colonies; Spawning: millions of sperm and eggs are released into the sea by both male and female polyps. After the eggs are fertilized, the planulae float near or to the surface and allow currents to take them to their new habitats. Spawning is believed to be controlled by water temperature and the lunar cycle, since it occurs in May and August of each year. Though the reproduction practiced depends on the species, most corals seem to favor the sexual type.

Jellyfish reproduce by releasing sperm and eggs into the ocean to form ciliated planulae. The planulae then swim to the bottom, attach themselves to hard structures such as rocks, and develop into tiny polyps. If conditions are not right, they will remain there for years before beginning the next stage of reproducing asexually by cloning. The clones are fed by a connective tube. As they continue to grow, they eventually separate into free-swimming organisms called ephyra. The ephyra then develops into a medusa or adult jellyfish.

Jellyfish generally have a life span of a few months to a year.

Behaviors of Soft Corals and Jellyfish

Many of the vibrant colors of these unique organisms come from the millions of zooxanthellae algae residing within their tissues.

When the toxic-laden tentacles of soft corals come in contact with other soft corals, sponges, and other organisms, they repel them. Soft corals also have two different specialized cell types in their epidermis that help the animal function well: muscle fibers, which aid polyp contraction and mucus-secreting cells, which help to keep their bodies clean.

Jellyfish attack on humans is more of a knee-jerk reaction to touch. The extremely painful sting is a defense mechanism. The sting of some species could prove deadly, especially if not treated promptly. An example of such a species is the box jellyfish Irukandji found on the Australian coast as well as Japan, Great Britain, and Florida in the United States. It causes a number of symptoms collectively termed Irukandji Syndrome. They include nausea, vomiting, severe cramps, and blood pressure changes. Another deadly box jelly is the Sea Wasp found off the NorthernCoast of Australia. It has been determined that this animal contains enough poison to kill 60 adult humans in two to three minutes.

Predators of Soft Corals and Jellyfish

Humans can be considered a threat to both of these sea creatures. Although I suspect humans may consider jellyfish more of a threat to them. Regarding soft corals, they can be harmed by divers, snorkelers, boaters (anchors), and pollution. Some species of jellyfish are consumed as a delicacy in Asia, especially China.

Soft corals can also be harmed by diseases and natural disasters such as storms.

Jellyfish are also threatened by sharks, swordfish, tuna, sea turtles, and other jellyfish. 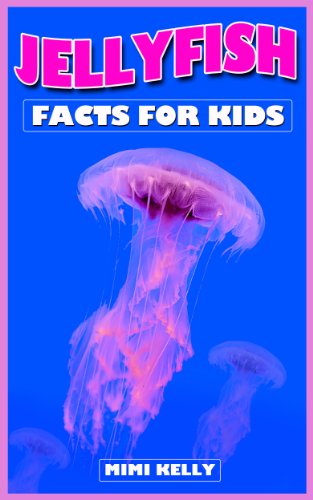 Classifications of Soft Corals and Jellyfish

Soft corals (and hard corals) and jellyfish belong to the Phylum Cnidaria.

Soft corals are further divided into the Class Anthozoa (hard corals also belong to this class), Subclass Octocorallia, Order Alcyonacea or Gorgonacea, Families: Nephtheidae, Alcyoniidae, Xeniidae, and Nidaliiae. Some experts label Alcyonacea as a Subclass instead of an Order.

Jellyfish are divided into the Subphylum Medusozoa, Classes: Cubozoa, Hydrozoa, Polypodia, Scyphozoa, Staurozoa, and the freshwater Craspedacusta sonerbii. These are further divided into family groups to numerous to mention. The Scyphozoa class is considered to be the true jellyfish.

Have you ever been stung by a jellyfish?

Other Interesting Information on Soft Corals and Jellyfish

It might be possible to use the chemical compounds in the tissues of soft corals in medicines such as antibiotics.

Jellyfish date back to some 600 to 700 million years. They are difficult pets. But 24 to 25 years ago, German scientist Dr. Wolf Grere created the Kreisel tank, which made it easier. These animals require special care and attention.

The best recommended way to neutralize jellyfish venom is with vinegar or some very acidic liquid. Fresh water should never be used. The stinger should then be removed by vigorously rubbing the area with sand using gloves or a towel or scrapping the skin with a dull object.