Slavic Vampire or Mermaid: Stay Away from the Rusalki

“Don’t be fooled by the girl on the riverbanks,” many young Slavic boys and men were once warned by their mothers, “She’ll tempt you to the river where she’ll take you to your death!”

It wasn’t the river that the mothers feared, however. It was what they believed was lurking below the surface of the deceptively placid river flows: the female nature spirits known as the Rusalki.

Rusalki were more than superstitious creatures Southern Russia, Poland and the Slavic countries of Eastern Europe. They were entities that explained natural phenomena such as the change in river condition during spring. Also, they were the basis for ritualistic festivals such as Semik or Rusalka Week. But, most importantly, they may have been the inspiration for other demonic spirits that would haunt the superstitious minds of area’s residence for years to come. One such legend, the vampire, may have its roots from this particular spirit.

Plurality of Rusalki or Rusalka

In case you've noticed, there are two different spellings for Rusalki . This was not a mistake. Usually, Russian or Arabic words (which uses a different form of alphabet than much of Western Europe) tend to be spelled differently, depending the person translating it. However, the Rusalki/Rusalka spelling is used to indicate plural form of the word. Rusalki (which this article uses a majority of times) is actually the plural form of Rusalka -- as explained in one paragraph in the article.

In Slavic mythology, Rusalki (plural for Rusalka) were the ghosts, spirits or demonic incarnation of young girls and women who succumbed to an untimely and violent death. Some had taken their lives; some died as pregnant, unmarried mothers-to-be; others were murdered by strangulation; and others died a virgin before they could be baptized or buried in holy graves (graves blessed by a priest). Either way, they died before their time and were destined to finish their allotted time on Earth as vengeful spirits. Often, their victims were young adult males.

They were the sirens and mermaids of the Slavs. It is said that they emerged from the river in the middle of the night, walked out onto its banks and danced in nearby meadows or climbed a tree to serenade young males in the vicinity. If the man was particularly handsome, they would use their abilities of song and dance, as well as sexuality, to entice him to the river. Once there, they led him into the water and to the bottom of the river where he drowned, sometimes wrapped in a Rusalka's arms.

Little is known about their appearance. Some description defer from others in minute details. The pivotal book, The Fairy Mythology (1850) by Thomas Keightly gave some details about a Rusalka. He described her as having green hair that was always sopping wet. Other descriptions from oral traditions of the legend described the typical Rusalka as having green or golden locks of hair, pail or translucent skin, eyes that either shone like green fire or were translucent with no visible pupil.

The highest incident of Rusalki activity was early June or late spring. Also, it was usually the seventh week after Easter. To the Slavs, this time would be known as Semik (meaning seventh week) or Rusalka Week. It is an ancient Slavic fertility festival that was closely linked with the cult of the dead and the agricultural rites of the season. Usually, it fell on Thursday of the Green Week (Trinity Week in Russia).

During this time, several rituals took place. Sometimes, the women hung offerings to appease the Rusalki. In other cases, a cross, incense, garlic, wormwood, pins or fire-poker, and verbal charms and spells were used to quell the Rusalki. Also, during this time, swimming was strictly forbidden.

Interestingly, Semik occurs at a time in Spring when the run-off from snow-capped mountains in the northern hemisphere is at its peak. The rivers become swollen and often overflow its banks. It creates a dangerous time to be in or near rivers. Also, during this time, it was believed that the Rusalki were at their most dangerous. It’s possible (but not confirmed) that Rusalki were the reason given for the river’s sudden hazardous conditions.

Semik was not the only time the rituals were used to ward off the Rusalki. In some legends, garlic was used. Also, men had to wear a cross when bathing in a river stream. These items were to be used year round.

Vampire or Nymph? Comparison with other European Spirits

With its ability to entice the opposite sex and to have the items such as a cross or garlic to ward them off, the Rusalki appeared to take on some characteristics of vampires – in particular, Dracula. It is possible that Rusalki were legends that inspired other legends. Some aspects of the modern vampire – as most of the world have come to define them – started in the Balkan and Black Sea regions of Europe; relatively the same region that Rusalki was believed to have resided.

As well as being similar the sirens of Greek mythology, the Rusalki also incorporated the forest nymphs who lived and controlled certain aspects of nature. And, there’s elements of the mermaid of Northern Russia and Europe blended into it (after all, they lived in water). Finally, there’s no denying that Rusalki legend was incorporated into Christianity. Many of the consequences that created them relate to Christian rituals such as chastity, baptism, and holy grounds.

Rusalki and the Arts

The lure of Rusalki has been strong for years; the festivities in its "honor" would last until the1930s in Southern Russia. Also, one of these spirits became the inspiration for an opera by Antonin Dvorak called Rusalka in which a Rusalka attempts to marry a human prince only to be reclaimed by nature. The superstition surrounding it has been replaced by rational thoughts; however, the stories associated with these spirits still serve as a lesson about the dangers of temptation, as well as of rivers during late spring season.

Snippets from the Opera 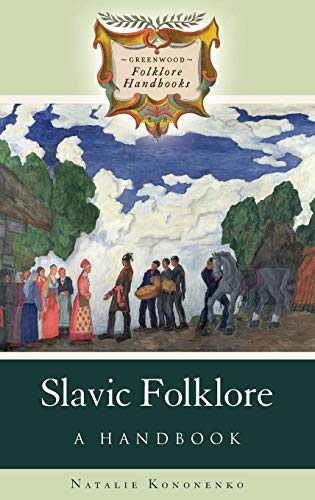