Maybe because Halloween is just around the corner, but the "Insane Asylum" on Southton Rd. has been everywhere to include social media. The only problem is, that most of the sites have incorrect information.

The Southwestern Insane Asylum according to a Texas government website was never on Southon Rd. It was however, the Insane Asylum for San Antonio. It was opened in April of 1892, twenty-three years before the Southton Rd. facility was opened. As time passed and the words insane and asylum became taboo, it became the San Antonio State Hospital.

Below is as accurate a picture of what the Southton Rd. location actually was.

A site to see!

Have you ever visited the site?

Home for the Aged

Superintendents quarters on the premises.

April of 1915, the tenants of what was the paupers home were moved to the newly built and fire proof home named the Home for the Aged, as that was what mostly resided in the paupers home. The home having been built in 1861 and being a wooden structure had fallen in disrepair and had become invested with rats and insects. The county officials felt it was time to build a new facility and they did not waste any time in getting it done, in fact, Judge James R. Davis ran his campaign for election promising the people that if he and his County Commissioners were elected, they would build a new home for the indigent and the elderly.

The 1861 structure sat on 18 acres at the end of the Tobin Hill street car line and was felt to have not been enough room to build a self sustaining structure. The county decided to build on 350 acres on the southern most area of the city. The new structure was shaped like a "T" and designed by architects from the Alfred Giles Company and Chapman & Murphy, with the construction by the McKenzie Construction Co.

The residents that had lived in the old paupers home were excited about moving to the new location, as the Home for Aged would have electricity, hot water and all the amenities available in 1915. To include a barber shop and surgical facility.

The belief of the county officials was that this facility could sustain itself and not be a burden to the tax payer. The mass amount of land could be worked by the indigent and the elderly who was healthy and capable. The space allowed for pig pens, chicken coops, cows to include Jersey cows for milk.

The oldest resident was 120 years old Juanita Rodriguez who had lived in Texas since before the Alamo fell. She was 115 years old when she moved into the paupers home and only because the shack that she lived in on the banks was washed away, leaving her homeless. She couldn't wait to move into the new home.

The new home would be run by George. B Thomas who had been the Superintendent at the original home for over 20 years.

The Big Man on Campus

The property no only housed the Home for the Aged, it housed the Superintendent's quarters, the Juvenile Home & Training School and The Tubercular Colony. The later did not have a solid structure, instead it was constructed of tents that could easily be destroyed and replaced.

The quarters were not fancy, rather plain, but wit hall the modern comforts of the time to include electricity and steam heat for hot water.

Nov 1915, The Juvenile Home and Training School opened for business. It would house boys from age 6-16 years old. This "factory" was for turning bad boys into good men. At least that is what they told the people of their community.

It was for boys who just needed guidance because they were "weak", the one's that continued in their wicked ways would go to Gatesville. The factory would provide training from state of the art classrooms, recreation facilities, vocational training, even a small hospital for medical issues. The dining hall in this state of the art building would seat 40-50 people.

The sleeping quarters would sleep 80-100. There would be a guard in the sleeping quarters at night and all was removed from the room except a night shirt that each boy would wear; this was done so they would not be able to "run away" during the night. The quarters were also on the 2nd floor to make it harder to get out. The windows were barred with steel and every door had double locks. The school was more of a prison from young men, than a school.

In 1934, a 12 year old boy who was at the school because of narcotics, left the school and was re-arrested on a murder charge of an 11 year old girl. The school was housing "criminals", not just the "weak".

By 1939, 3 of the top officials at the school were fired. The Superintendent, Roger Cook was found not guilty by the Judge, but he resigned his position. His assistant, John Finnerman and another official Laurence Clancy were fired for having parties and bringing women to the school. They both claimed that Cook gave them permission. It appeared that Roger Cook had plea bargained his way out of the mess and left the other two hanging. Fred Clay and L. M. Bynum were hired to replace Cook and Finnerman.

Many people have been to see the "haunted" asylum. While it wasn't a mental asylum, one could call it an asylum of sorts. Could it have been haunted? Yes because there were so many unmarked graves on the property. Death certificates show that many of their residents were buried in the Home of Aged Cemetery or died there....but there is no cemetery on the property that they eye can see.

The property access has been blocked and the buildings are coming down as they have become to dangerous. Anyone caught on the premises could see a very stiff fine.

Faces in the wall 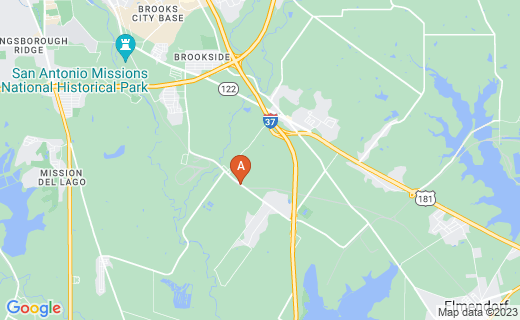 This area held the Home for the Aged, A Boys School, A TB Hospital, but has been visited by many as the haunted Insane Asylum.