Ms. Loretta Kryzanski wrote in to say that she is in the 4th grade and would like to know which of the many Native American Nations in the Southeast US are the largest.

The Smithsonian Institution and National Geographic human genome study project of the 2000s found genetic markers that link the various indigenous peoples on our continent to one another and to northern Asians and Northern European indigenous groups like the Saami (Laplanders).

The native peoples of the Southeast US arrived in that area generally by migrating from the Eastern Hemisphere into the Western Hemisphere and traveling across the land in search of new resources. 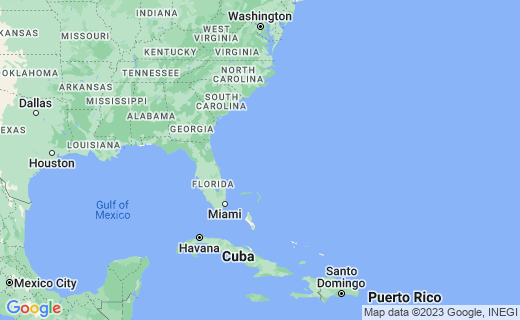 Who are the Southeastern Natives?

Competing theories exist about a time frame in which SubPolar Peoples from the Eastern Hemisphere traveled across the Bering Land Bridge, which is now the Bering Strait (a body of water separating Alaska from Siberia).

SubPolar Peoples have lived in and migrated across Northern Europe, Russia, and Northern Asia around the Arctic Circle.

One theory suggests migration to Alaska about 36,000 BC and another estimates the time as about 12,000 BC.

In annual national festivals celebrating the peoples of the USSR in the early 1980s, tribes living in the most northern regions of the USSR were called simply "The People of the North." The appeared as fierce fur-clad people leading their reindeer across the stage. They continue to survive harsh winters in -75° F weather without modern heating or homes. Northern Europe, Siberia, and Mongolia are similarly as cold, but indigenous people thrive in these regions as well.

The Southeast US tribal nations are survivors related to teh SubPolar Peoples.

In the United States

There may have been one continuous or two separate waves of migration from Northern Europe, Siberia, Northern China, Korea, and Japan into what is now USA, but we will concern ourselves with the more recent peoples of 12,000 BC. They came across Alaska, moved across Canada to the Atlantic Ocean and crossed parts of that as well.

Some of this First Nations group moved instead down into the Pacific Northwest and fanned out across the US and Mexico, mixing with other peoples that likely came across the Pacific Ocean further south by longboats and other craft. They also mixed eventually with African slaves, especailly in Florida and with other Africans.

Some Native Americans migrated all the way south into all the areas of South America, down to the southernmost tip of the continent. Some later migrated back northward and we think they ended up in the Ohio Valley. many Native Americans mixed with whites and nearly all nationalituies that came into the New World and they are known as Metis or other similar terms, spelled differently depending upon the region of the US.

We have 1000s Nation American Nations in what is now the USA. Some are recognized by the Federal Government, some are recognized by US State Governments, and some have no legal standing at all, although many of applied for it. Some groups are very small and are called communities or other designations, instead of nations.

The Native Americans spread all the way across America to the Atlantic Ocean all along the East Coast. Then, as Europeans landed and claimed more and more of the land, these settlers and the governments that formed in the USA pushed the Native Americans back to the West. Not all went westward, but many did. A particularly sad case of this is the Trail of Tears, which you may want to study.

Note: in 2010, the Cherokee comprised the largest tribal group in the United States, including those of mixed heritage. One band of Cherokee Nation in North Carolina is descended from inter-marriage with the settlers of the formerly-lost Roanoke Colony.

Many Native American groups have been growing since the late 1990s and the data logged in the US Census of 2010 gives the best estimates of largest tribal groups.

The US Census Bureau published a 2004 estimate by nation or tribe in an official document below that designates each tribal name and the number of people in it.

The information is found at http://www.census.gov/prod/2007pubs/acs-07.pdf

Top 10 US States for "American Indian" and Alaska Native alone-or-in-combination population in 2010 were: