Spruce and Hemlock. A study of trees-3

In this series 'A study of Trees', it is my intention, to help anyone who is not familiar with the identification of trees to pick up a few clues that will further their knowledge, and, make identifying them a little easier. Many people begin to identify trees by the form and colour of their leaves, which is fine during the summer months, but of no help during the winter when the foliage falls from their arboreal mothers.

Yet every tree has characteristics that will help to identify the species at a glance even in the depths of winter. This is the third in the series with the Elm tree {1} and Pines {2} already reviewed. Here we look at some other members of the Pine family, a group of trees that is a good place to start for beginners,for most of them have foliage {needles} which remain on the tree throughout the year. Here we look at two groups the Spruce and the Hemlock

Both these belong to the evergreen class of coniferous {cone bearing } trees, and may be distinguished from all other trees by their leaves. The characteristic leaves of the spruce are shown {photo} and those of the Hemlock {photo}. These are much shorter than the needles of the Pine, but longer than the leaves of Red Cedar.

We commence with the Spruces which pyramidal in shape,with tall tapering trunks thickly covered with branches that form a compact crown. They are widely distributed throughout the cold and temperate regions of the northern hemisphere where they may form forests over extended areas. There are many species of Spruce but here we review the Norway spruce as a representative of this group, because it is commonly planted in the north eastern parts of the USA and is found in many other countries including the UK.

Picea abies is native to Europe and is often referred to as the Norway Spruce. They belong to the Order of trees known as the Pinales and the family Pinaceae { the Pine family}. The tree form and the root system of the spruce exhibit many differences from ,and indeed direct contrasts to those of the Scotch pine**. Its roots are mostly confined to the upper layer of the soil,and those of one tree often inter mingle with those of its nearest neighbours,and as a consequence are afforded a little more protection during high winds.

They do not produce any deep tap root and thus vulnerable to high winds on shallow mountain soils. It does develop great numbers of rootlets and it also possesses the ability to extend its roots to a great distance,and it has a relatively wide area from which to draw on nourishment. However, owing to its density when forming pure forests the individual growing space is limited beyond that of any other tree except perhaps the silver fir. Drought is less easily borne by the spruce than any other tree.

The distinguishing characters of the Norway Spruce.

The characteristic appearance of the full grown tree is due to the drooping branches which bend upwards. The foliage is dark green in colour which appear on shoots of orange brown when they are young. The leaves are needle-like and are arranged spirally which make the twigs coarser to the touch than the twigs of the Hemlock fir. In cross section,the individual leaflet id four sided,not flattened,with inconspicuous stomatal lines.

It is a large tree with a straight undivded trunk and well shaped conical crown. It is fast growing and attains the height of 115-118 feet {33-35 Metres } and a trunk diameter of one to one point five metres. When young it grows fast three feet per year for the first twenty five years,when conditions suit them after this the growth rate per annum is reduced.

The tallest Norway Spruce is 207 feet tall {63 metres} and is found in the Perucica Virgin Forest Sutjeska National Park in Bosnia-Herzegovina.

The cone {fruit} of the Norway spruce

The fruit is a large slender cone four to seven inches long,which is the longest of any spruce,and consists of triangular pointed scale tips. They are of a green or reddish colour when young,maturing to brown after about seven months. The seeds are black four to five mm long with a small pale brown wing.

Cone of the Norway spruce

The wood of the Norway spruce is used for construction timber,paper pulp and fuel. In Europe and elsewhere it is a widely planted species as an ornamental tree in parks and gardens. The Norway spruce is a traditional Christmas tree and the most famous of these are the ones sent from Oslo Norway to London { Trafalgar Square}, Edinburgh and Washington DC, Every Christmas which is placed in the most central square of each city. The gift is in gratitude for the aid these countries gave to Norway during the second world war.

In North America it is widely planted in the north eastern Pacific coast and Rocky Mountain States as well as in south eastern Canada. It is commonly planted as an ornamental tree in cooler climates. However, in the vicinity of New York and further south it does not tend to thrive well often loosing its lower branches at an early age and becoming straggly in general appearance. In the US they grow in zones 3-7.

In Europe the trees tend to hybridize but there is an extensive overlap in variation with trees from other parts of its range.

A similar species to the Norway spruce is the White spruce P.canadensis or P.glauca, native to the northern temperate and boreal forests of North America. It may be told from the Norway spruce by its whitish colour on the under side of its leaves and the unpleasant ,pungent odour emitted from the needles when bruised.

Cones of the White spruce. P.glauca

The Black spruce Picea mariana, may be told from the other spruces by its cones,which is only about one inch long. It covers parts of northern North America and is said to grow at its largest in Manitoba.

The Colarado Blue spruce P.Pungens also referred to as the Blue spruce is commonly used as an ornamental tree on lawns and in parks and can be told from all the other spruces by its pale blue or sage green colour and its sharp-pointed coarse feeling twigs. Its small size and conical form are also characteristics of this species.

It may grow to a large size in Colarado and the Mid-west. In the eastern states and in northern Europe where it is also planted as an ornamental tree,it is usually much smaller.

The Hemloch Tsuag canadensis also referred to as the Eastern hemlock or Canadian hemlock is another member of the pine family and is native to eastern North America.It is a tree that tolerates shade. A large tree with abroad pyramidal head and a trunk conspicuously tapering towards the apex.

The branches extend almost to the ground. It generally attains the height of one hundred feet. The brownish bark is scaly and deeply fissured especially with age. The twigs tend to be of a yellow brown colour with darker red brown pulvine { A joint like thickening at the base of the leaf},and are densely pubescent.The buds are ovoid in shape.

The leaves are arranged on little stalks ,a characteristic that does not appear in other coniferous trees. The leaves are arranged in flat layers,giving a flat,horizontal and graceful appearance. This differentiates them from the spruces which are much coarser and the individual needles are four angled,and green or blue on the undersides,while those of the hemlock are flat and marked by two white lines on the underside.

The individual leaves are dark brown above and lighter below and as mentioned,marked by two white lines on the underside. The leaves are short less than an inch in length. The cones are about three quarters of an inch long and they generally hang upon the tree throughout the winter. 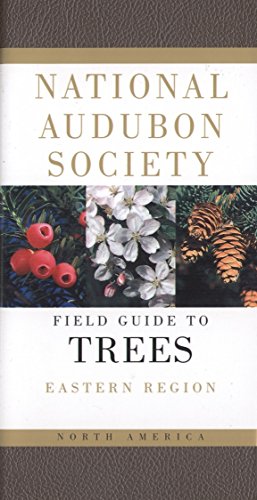 Immature cones and foliage of Hemlock 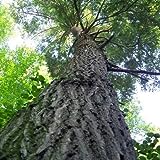 This species is currently under threat from a sap-sucking bug called Adelges tsugae or woolly adelgid. This bug was accidentally introduced from east Asia to the United States in 1924. It has destroyed many trees.

A project ' Tsuga search' funded by the 'Great Smoky Mountains National Park' is an attempt to try and save the largest and tallest hemlocks in the park. Many areas where these trees occur are under threat from this bug.