The Miracle at Plymouth Rock

Much of what we have been taught about the Pilgrims is false. History was rewritten both as it was occurring and today. We are taught that the Pilgrims left England to avoid religious persecution but this in untrue. The Pilgrims were highly fundamentalist in their religious beliefs and they, themselves, were intolerant of others. Most were run out of England for trying to impose their beliefs on others. Initially they were driven to the Netherlands. People in England and the Netherlands were tiring of the Puritans imposing their beliefs on others and were happy to have them leave for America.

The Mayflower’s destination was the Virginia colonies. Due to the delays caused by the Speedwell, the Mayflower was sailing at a time of year when storms were prevalent in the North Atlantic. The voyage was treacherous, far more so than if they had left at the scheduled time. Several times, the wind was so strong, it was not safe to use the ship's sails. They had to just drift where the winds and water took them, hoping to eventually find dry land.

Fascinating End of the Original Mayflower

The ship eventually sighted Cape Cod. While the passengers felt relieved, resources there were unknown, and the crew needed to decide whether to continue to Virginia. As a compromise, they decided that they would sail on to the colony of New Amsterdam; what is now New York City. Once again, they encountered strong storms and nearly shipwrecked. Tired and frustrated, they decided to choose the safety of Cape Cod and establish a plantation there. On December 25, 1620, they decided to settle in Plymouth, and began construction of their first buildings.

They survived the winter on supplies they had brought from England. In the spring, they began planting crops, but the soil was not fertile, and the crops did not grow as expected. The supplies they had brought from England were nearly gone and if the crops failed, the settlement would not starve to death. They needed a miracle.

The miracle they received came from a very unlikely source. Squanto was a Native American. The most unusual thing about Squanto was that he spoke English. It is difficult to imagine that the Pilgrims, being 1000 miles from their anticipated destination, facing famine, were approached by one of the few natives, who spoke their language and wanted to help. When he found the Pilgrims, they were sick and dying from a difficult journey to the New World. They lacked food and needed help. Squanto helped the Pilgrims during this difficult time. He taught them how to farm, introduced them to local tribes, and acted as an interpreter to enable trade between the local tribes and Pilgrims. Squanto taught the pilgrims how to grow food in the somewhat barren soil. He was truly the miracle they needed.

Squanto was perhaps the only person who could have save the Pilgrims through his ability to speak English, his knowledge of the land, and through divine providence found them. Squanto was also a very forgiving man given that he was forced, through trying circumstances, to learn English.

Squanto had been kidnapped several times in his life and traveled extensively throughout Europe, Newfoundland, and the northeast coast of the United States. An English explorer named Captain Weymouth kidnapped Squanto along with 4 other Natives. In 1605, he taken involuntarily to England along with the Natives. It is believed that the Natives kidnapped by Weymouth were treated well in England before they were all eventually returned to their homeland. They were taught English in hopes that they would provide information to help future English settlers.

In 1614 Squanto was again captured. This time by English explorer, Thomas Hunt. Hunt captured 20 Natives and sold them off as slaves in Spain. Spanish friars, looking to spread the Christian faith, rescued Squanto from captivity. Squanto traveled from Spain to England where he met and lived with John Slaney, a wealthy merchant. He was likely an indentured servant for John Slaney. Squanto traveled to Newfoundland on an expedition and thought he would be released, but he was again returned to England again in 1618.

Do you think the Pilgrims could have saved themselves without Squanto's help?

In 1619, Squanto finally made it home only to discover that his tribe had been wiped out by disease. He was heartbroken by the loss of his friends and family. A year after his return home in 1619, Squanto settled in Plymouth with the Pilgrims.

In 1621, Squanto negotiated a peace treaty between the Pilgrims and the Wampanoag by acting as an interpreter and mediator. While helping the Governor of Massachusetts, William Bradford gather information on the Wampanoag, he was captured and held by them. Myles Standish, one of the few Pilgrims with a military background, sent a group of settlers to find Squanto. The group freed him, and he rejoined the Pilgrims and continued to assist them until his untimely death at the age of 42.

The images used in this article are public domain 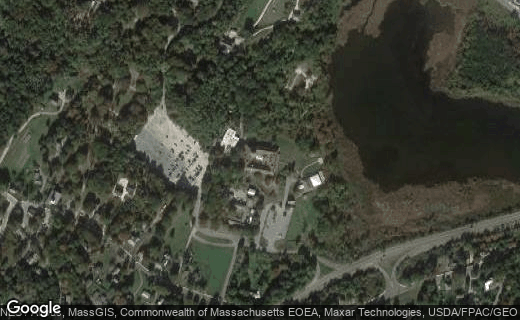