Stonehenge: a linguistic link with Kikuyu and the Thim Lich Ohinga stone structures in Kenya

Stonehenge and the Kikuyu word ‘Kihingo’

I have always believed that the East African region is the cradle of mankind. When I first heard about the Genome project and its findings, my long held beliefs were confirmed beyond doubt.

The human genome project took about 20 years to research and is probably the most important accomplishment in the understanding of human DNA and human migration. Most important of all, it links all human beings from every corner of the earth to East Africa - whether you are white, yellow, black or in between shades, your ancestors came from East Africa.

For information on the Gnome project, go to - http://news.nationalgeographic.com/news/human-genome-project-tenth-anniversary/

When Richard Leakey said that - “Every living human being today can trace their ancestry to the area very close to where they are drilling for oil. All languages that are spoken around the world are directly traceable to Turkana boy,” this confirmed that what he believed was in line with what the Gnome project has poven.

In case you do not know about Turkana boy, this is a fossilized skeleton of a Homo erectus, the most complete ever found yet. It is resident at the National Museums of Kenya where it is a major attraction in the ‘Cradle of Mankind’ gallery. Wikipedia has a good account of this important archaeological find - http://en.wikipedia.org/wiki/Turkana_Boy

Incidentaly, Richard Leakey is a scion of the much quoted L.S.B Leakey in my hubs. He was one of the most knowledgeable people about Kikuyu language and culture in his times. He wrote three volumes on the 'Southern Kikuyu,' each with about 500 pages of sheer treasure.

Lake Turkana - the Cradle of mankind 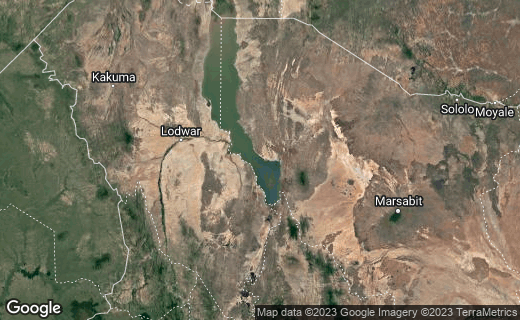 King Menes (Mener) who unified Upper and Lower Egypt came for the area around Lake Victoria, then called the Nyanza, which together with Mount Kenya, Kilimanjaro and other major lakes was the heart of an important civilization. King Menes is the first ruler in history to have a fish as a royal symbol. If the Kikuyu coined the term for ruler - Muthamaki (Personified Fish) from King Menes, then there can be no doubt about the archaism of the Kikuyu tongue. The Kikuyu did not did not have fish in their diet.

My conjecture that East Africa was the heart of an ancient civilization, is given some credence by the words of one Frazier who wrote that:

“...recent investigations in this part of Africa, particularly with regard to the native veins of iron and gold, tend in the opinion of some competent inquiries to show that East Central Africa, including the region of the great lakes, was an extremely ancient seat of (a civilization) which may have been carried whether by migration or contact of peoples, to remote parts of Europe and Asia.” (Bantu beliefs and magic).

Going by Leakeys assertion that all languages spoken today are traceable to Turkana boy and therefore the area around Lake Turkana, this then is true for English as well. Allow me to indulge in further conjecture.

My thesis is that the word henge (in Stonehenge) and the Kikuyu word hingo (in Kihingo) have the same roots. Stonehenge is a monument that was erected several thousand years ago in the English county of Wiltshire in Britain. Before we go into the deep end, let us understand what a Kihingo was.

What is a Kihingo ?

A Kihingo was a Kikuyu fortified village, or the entrance to the fortified village (plural - Ihingo). The village and the design of the entrances was a defensive form of architecture. The entrances to a Kihingo were hidden in the forest fringe and disguised, so that a stranger would be led to a false one. The false entrances were meticulously prepared with pits camouflaged with undergrowth. Within the pits were sharpened stakes to impale the intruder. In case the Kihingo was breached by enemies, the warriors within the village were expected to hold out as word went into the interior for help. 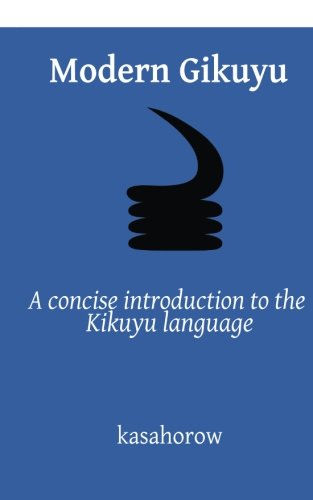 Below is an explanation of the word henge from www.digonsite.com/drdig/europe/18.html

A henge is a prehistoric ritual enclosure, usually circular, surrounded by a ditch that is itself surrounded by a high bank. Inside the henge there were once either wooden or stone structures; today the wooden structures have vanished, but the interiors of stone henges may still stand.

Note the bold texts and read on.

Upon close scrutiny by researchers, it was determined that the monument was build in phases. The earliest phase has been dated to about 3100 BC. (Wikipedia ). This was the period when King Menes, coming from an area in East Africa (Upper Egypt) conquered Lower Egypt and unified the two lands. This was the onset of Dynastic Egypt and the entrenchment of Sun worship. The placement of the other stones is believed to have taken place between this period and 1600 BC.

Stonehenge and the Kikuyu word, Kihingo

From these description, it can be seen that the impaled unfortunate being was tortured to death. According to the Wikipedia, the etymology of the word henge or hen(c)en in Old Englishincludes"hang" or "gallows" or "instrument of torture." It appears that the field included the meaning ‘stone.’ In 1740 William Stukeley noted that, "Pendulous rocks are now called henges in Yorkshire.”

What prey, are stones called in Kikuyu? Ihiga, (a big stone): Mahiga (many stones); Kahiga (a small stone); and derivatives Ihai; Mahai; kahai in the dialect of Nyeri - a curious coincidence.

The outer blocks of Stonehenge, according to the latest findings were quarried about 386 kilometers in Pembrokeshire, Wales. This feat continues to baffle scientists, especially when one considers that some of the stones weigh 5 tons, while others in the outer circle weigh up to 25 tons.

If indeed the word Henges and hingo are etymologically related, then the proto Kikuyu and the builders of Stonehenge had contact at some point. This contact point can only be ancient Egypt. Furthermore, it is accepted that Stonehenge was an edifice to sun worship. In my hub on Akhenaten and the Kikuyu, I have shown how the Kikuyu language has vestiges of sun worship besides having an affinity to Akhenaten and his family. If indeed the builders of Stonehenge had been in ancient Egypt, It should not surprise anybody that they had the technology to transport such huge rocks. Ancient Egypt could move huge rocks weighing several tons to build the pyramids. Other Egyptian experts cut into rocks to create tombs in the Valley of Kings. This same technology was exported to Ethiopia where the famous rock cut churches of Lalibela are a marvel to this day.

There are man made rock structures in Kenya that are as ingenious as stonehenge albeit less famous. Their name in the local Luo dialect should blow your mind - Thim Lich Ohinga. Note the last word in that name and its similarity with the last syllables in stonehenge. This is yet one more link with East Africa. It is a strange coincidence for those who want to see it as purely coincidence.

Below a is video on Thim Lich Ohinga. Take the 500 years with a pinch of salt as it is based on carbon-dating of recent occupation. The structures in my opinion are much older.

What was the purpose of Stonehenge?

Scientists believe that besides other religious functions, the design of Stonehenge included the function of a celestial observatory. Perhaps the monument could aid in predicting the rising of stars such as Sirius which was important in ancient Egypt and other celestial phenomena that were important to ancient religions. The Kenyan stone structures of Thim Lich Ohinga have been linked to sun worship in ancient times.

Unable to accept that the forefathers of the ancient druids had the technology to transport such huge stones over sea and land, Scientists spend sleepless nights trying to formulate new theories. One of these theories is that a glazier transported the stones from Wales to England. Did the glacier also lift the stones to form the perfect circles? Why the glacier did not transport more such rocks in haphazard formation within the area around Stonehenge is a bigger mystery. There is legend though that links Stonehenge to Africa –

“According to Geoffrey of Monmouth, the rocks of Stonehenge were healing rocks, called the Giant's dance, which giants brought from Africa to Ireland for their healing properties. (Wikepedia)”

Myths and legends have elements of truth in them and it may well be true that the planning and arrangement of the stones has a link to Africa.

One of my readers speculated that the word TAKE (read like the Japanese wine SAKE) is probably related to the English word Take. The two words mean the same thing. In Kikuyu, TAKE is said in emphasis where the the single syllable KE will do. I said at the time that it should be taken with a pinch of salt, but now I suggest even less salt.

I have theorized that the word AGO in English is probably related to Tene na Agu in Kikuyu, a statement that implies an ancient period. It is generally agreed that the Agu were diviner and seers, and the AGO in English can be traced to the Magi, honoured group that had communion with God as seers and diviners.

In conclusion, English and kikuyu have words like Henge and Hingo that may indicate an ancient overlapping of cultures, probably in ancient Egypt. The early inhabitants of the British isles before the Romans lived a tribal life much as the people of Africa did at the turn of the twentieth century and their language has been said by some linguist to be related to ancient Egyptian. I hope that with the help of my readers, the list will grow.