String theory is a simplified term for the entire field of physics involving strings. Superstring theory refers to the most modern versions of string.

You're here because you are sick of hearing the phrase at every turn, on every television documentary about the universe and you've found yourself asking, "just what the hell is string theory, anyway?" String theory is an incredibly complex idea in the realm of particle physics. This means that for most of us, trying to understand it makes our heads explode. So I write to you, in an attempt to help you understand what it is and how it works. String theory, simplified.

String Theory - The Theory of Everything

We live in a universe of mathematical equations. Absolutely everything* in our lives, from the orbit of our sun to the weight of your aunt Betsy, can be explained through math. Mathematics is the universal language. Unfortunately, most of this math is still far beyond our current abilities and comprehension.

Theory of Relativity and Quantum Theory

We have two primary theories to explain how the universe works. One of which is Einstein’s theory of general relativity, the other, quantum theory. The most simplified explanation for relativity is that everything in the universe pulls on everything else, because of gravity (explained in simple terms here). If you drop a ball, you know it will fall and hit the ground. This does not work in quantum theory. Delve into the world of subatomic particles and you can no longer predict the movement of that ball. This is a place where things seem to randomly teleport from place to place or even exist in two locations at the same time. The location of an electron for example, can not be pinpointed nor can its next location be predicted. Apply quantum physics to the universe consisting of objects larger than atoms and that ball you just dropped stays right where it's at...then suddenly appears above and behind you.

Aristotle gave us the law of non-contradiction, which states that "two mutually exclusive statements cannot both be true." Both theories might be wrong, but they cannot both be right.

String theory is an attempt to provide us with the theory of everything. This elusive idea will unify worlds both large and small. In doing so, we will no longer have two different theories whose existence disallows the other to exist; but instead have one theory that explains them both.

†Electrons are not known to be made of any subatomic particles such as quarks. Instead, one might consider electrons and quarks to be a sort of equals.

What is String Theory?

In short, string theory tells us that at the most basic level the universe is quite literally made up of tiny strings.

No, that doesn’t mean we’ve all been “sewn together” by some higher force. We aren’t a bunch of walking, talking voodoo dolls. Superstrings are very different from what you probably imagine.

There was a time when atoms were considered the fundamental building blocks of life. Eventually it was discovered that atoms were not fundamental at all. In fact, atoms consisted of subatomic particles (protons, neutrons, and electrons) which then became the new “fundamental.”

Like many scientific theories of years past, this too eventually fell to newer, shinier physics. Scientists discovered that subatomic particles† consisted of even smaller particles called quarks. And now, many believe that “superstrings” are overwhelmingly small objects (I use the term "objects" loosely here) which would be responsible for the existence of quarks and electrons.

Ok, so everything in the universe is made up of tiny things called strings. Couldn't be any more simplified than that. So what are these theoretical "superstrings?" This is where things get complicated, and average human brains explode.

At its most basic level, superstrings exist in one dimension and carry an intense vibration. The frequency of this vibration determines the physical manifestation of that particular string. In order for string theory to truly unify general relativity and quantum theory, we must give these strings 10 or 11 dimensions with which they may exist.

The reasons for those extra dimensions being necessary can not be simplified in words, but only understood with advanced mathematics - which have no place here. The simple fact is that these extra dimensions allow for string theory to account for all four forces in the universe, including quantum gravity. It just so happens that quantum gravity is believed to be that elusive link between general relativity and quantum theory.

That one tiny link may someday unlock all the secrets of the universe. 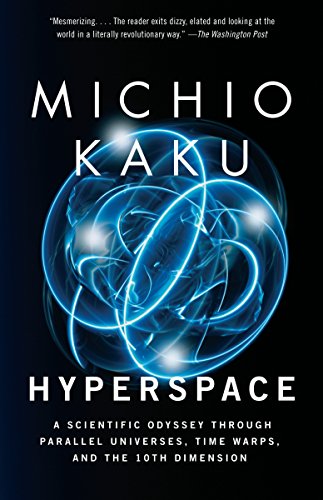