In this, my eighth year of teaching at my current school, I have faced a lot of changes. Good changes, but challenging. I have been reflecting on my practice, as I go down new roads. As part of that reflection, I went back to read through a pile of papers I found from grad school. The following reflection is a piece of writing I found in the pile. I am amazed at what I knew then, and what I have learned since. Looking at myself, it is nice to know that I didn’t sell out and that I have stuck to my beliefs as an educator.

The game of school is underway and all the players are well practiced. This was the feeling I had when I faced teaching Shakespeare's Twelfth Night to an eleventh grade honors class as a student teacher at Columbia High School. Reading The Passionate Teacher, by Robert L. Fried, inspired me to call a time out in order to change the game and the players. In the end, the students and I were victorious because we were engaged.

For students in an eleventh grade honors class, the game of school is easy; they have mastered it. They know what they need to do to please the teacher and get the grade. They know how to “do anything asked of them to earn that A except take risks, share their true feelings, or think for themselves” (Fried 96). However, they are not the only guilty players. Teachers and parents are also playing the game. They “try not to frustrate students by asking more of them than their ‘innate potential’ warrants” (97), because they know that honors students will be successful at the game of school naturally.

This was the game I stepped into when I went to Columbia and was faced with teaching eleventh grade honors English. Fortunately, I was inspired to change the game of school while I was there. Fried suggests that in order to change the game, the students have to become true, engaged players, and the unit needs to be redesigned. Since the relationship between these two aspects of changing the game are symbiotic, I chose to tackle them together.

For the students, the unit design that I presented to them was unfamiliar. I began by introducing an essential question, or, as Fried calls it, a “hook question.” Since we were doing Twelfth Night, by William Shakespeare, I posed the question, “How do we alter appearance to change the perception of reality?” I explained that this was a question linked to one of the key themes of the play. Since Shakespeare is so multi-layered, I thought that it would be in the best interest of our timeframe to focus our study through this question.

What is your favorite Shakespeare play?

Next, I explained what Fried calls “my personal stake” in the study of this unit. I shared my personal passion for the study of Shakespeare’s work in the hopes that my enthusiasm would at least inspire some interest for what is traditionally loathsome to American students. At the same time, I pointed out that there is a debate in the world of Shakespearean study. Many scholars believe that Shakespeare’s work should be read and combed over like a text, or textbook. Others believe that Shakespeare wrote for the stage, so his work should be studied through active exploration of the script. I shared with the students that my personal stake in that debate lied with the second scenario, and we would study Twelfth Night through active exploration of Shakespeare’s script.

On that first day, I began to make the students players. I asked them to reacquaint themselves with Shakespeare’s sometimes tough language by acting out a scene. First, we took volunteers to act out part of a scene in a couple of different ways. After taking some time to discuss the impromptu performances, the whole class broke into groups to dissect and perform one character’s soliloquy. I allowed them free reign in their performances, and the results were exciting.

After class, one student came to me and, “Miss H, can we do that every day? It was fun and I actually understood it.”

And so we did.

Fried suggests that in order to make students true players, we need to “honor their questions” (128). So in designing the intricacies of the unit, that is exactly what I did. The students wanted to perform, so I let them. For each act of the play, we explored the text using a different type of active approach. For act one, we read aloud on a volunteer basis. For act two, we listened to a radio broadcast performance while actively reading along with the script. For act three, we broke into groups. Each group prepared and performed a scene or a section of a scene. Then, the group led the class in a discussion of their performance and their scene. They worked in groups to explore and discuss the characters in the play as well. They did it, and I sat back and observed their engagement with a text that many of them were convinced they would not understand.

The timeframe in which we had to complete the unit was shorter than I would have preferred. Often, students had more questions than we had time to discuss in class. However, I truly did want to honor the student’s questions. I also needed to comply with my cooperating teacher’s request to have them do assignments outside of class, since we were doing all of the reading in class. Outside assignments became an opportunity to take the conversation about the play outside of the time limits of the class period. I designed take home ‘tests’ for each act of the play, except for the last two. Each take home test had several sections. First, there was a short answer section which asked questions that would allow me to assess student understanding of the basic plot of the play. Also, in answering those questions, students were encouraged to revisit the places in the text that they may not have understood the first time. The rest of the test was made up of essay type questions.

Many of those questions were based on questions that the students asked in class. Since we weren’t able to thoroughly discuss all of their questions in the classroom, these essay questions gave them the opportunity to explore and write about each question individually.

To end the unit, I decided that a traditional test would not be fitting. Instead, the students were able to produce projects that furthered their engagement with the play. The project options from which they had to choose asked them to be creative, think critically about themes and issues in the play, and apply the knowledge that they had learned in our study of the play. Giving the students options allowed for them to remain players, since they could choose an option that was significant to them.

Fried states, “if we expect high levels of performance, students will rise to the occasion’ (83). I began teaching this honors level class on my third day at Columbia. I had few preconceptions about this class, since I didn’t have the time to thoroughly observe them. Since all the students in the class had already taken the regents exam, I wasn’t required to prepare them for any type of standardized exam. In the words of my cooperating teacher, I had free reign, and I chose to give over most of the control to the students.

During the last class period, many of the students shared their projects with the class. For this unit, I expected them to do the work of exploring and discussing the play, and they truly rose to the occasion. Their hard work and passion showed through in the final results of their projects.

At the end of that day, one of my students came to me and said, “Miss H, I really enjoyed your class. We were taken aback a little at the beginning, because we never had to do any work in this class before. But this was really good.” She really says it all. For a brief time, we were able to change the game. In the end, the students were victorious. 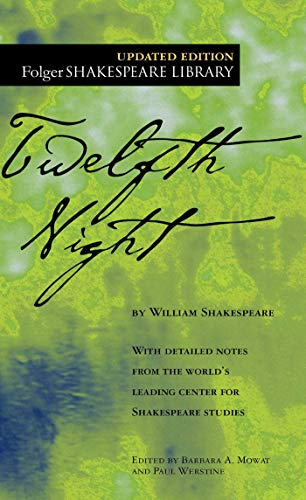