Few optical miracles of nature have inspired as much wonder, fear and awe as the sundog. These brilliant spots of light sometimes accompany the sun on either side, and sometimes wander above, during cold winter sunsets and when the right kinds of clouds frame our star.

What Are Sun Dogs?

Often mistaken as UFOs, Sun Dogs are the result of sunlight refracting through tiny ice crystals in the atmosphere. They develop at a 22 degree angle from the sun, and are very common during winter sunrises and sunsets.

This stunning phenomenon has also been known to develop while the sun is high in the sky if there are also cirrus clouds present. Those clouds are high in the atmosphere and completely made up of microscopic, flat ice crystals.

Sometimes, a halo will appear as well.

If you'd like a better chance of seeing one, all you need to do is look up several times a day, and catch a sunset every once in a while.

It's also known as Phantom sun or Mock Sun. The scientific term is "parahelion", which stems from the Greek word, "parelion". Fittingly enough, that means "beside the sun". The nickname "sun dog" comes from the fact that the lights almost always appear next to the sun, as if they were loyal dogs keeping pace with their master.

Since it took a while for the science behind the phantom suns to be discovered, our ancestors were left to come up with other explanations.

The ancient Greeks and Romans recognized that the phenomenon had some sort of relationship to the weather, but beyond that, they still regarded it as a sort of miracle.

The poet Atrus, who lived in the late 800s, wrote that when sundogs were sighted, winds and rains will soon follow. That belief eventually evolved to the distinction of if the light was light, there will be rain. If the light was more red, there would only be wind.

However, they were more often seen as omens or of religious origin. In fact, their sightings may have changed history on more than one occasion.

The Battle of Mortimer's Cross

In 1461, the War of Roses was in full swing. That cold morning of Feburary 2nd, troops commanded by Edward of York watched as three suns rose from the darkness of the Herefordshire, England horizon.

They were primed for battle, but still heavily influenced by superstition. The fact that such a blatantly unnatural event happened so close to a violent conflict did not seem to bode well.

However, their commander had a different idea in mind.

To him, the three suns represented the Holy Trinity. He saw it as a sign that they were being blessed by their God and were guaranteed a win.

If he had not been able to boost his men's moral, would they have won that battle?

Shakespeare had later commemorated the miraculous sunrise in his play, Henry VI, part 3.

Vadersolstavlan, or The Sun Dog Painting

Combining politics with religion is rarely a good thing, but the Middle Ages were a particularly unstable period of time, when it came to religion and government.

Shortly after he was appointed the King of Sweden, Gustav Vasa brought in a trusted ally, Olaus Petri. He gave him the post of Councillor and later had him run religious services, once Petri became an ordained priest.

On April 20th, 1535 Petri witnessed multiple suns in the sky. Because he was such a deep believer, he knew there had to be some sort of divine cause to it. However, he preached that there were only two types of signs:

Those sent from the Devil to draw believers away from God.

Those sent from God to draw believers away from the Devil.

The problem was that the omens were often indecipherable from each other. Because of that, he had no idea of what to make of the phantom suns, only that they must have had some sort of profound meaning.

He immediately commissioned a painting of the event to hang in front of his congregation. The priest also warned both the King and his parishioners, who happened to be primarily Germans who apposed Vasa.

Being a paranoid man, the King immediately saw treason in Petri's actions, and had him charged.

Not long afterwards, Vasa uncovered another plot to kill him, in which gunpowder was put under his seat at the church. This further enraged him, and he sentenced Petri to death.

The priest further irritated him by recording the events in an impartial way. Eventually, however, Petri he escaped death through seeking acquittal from the courts.

Again, there's no telling what would have happened if Petri hadn't been so disconcerted about the phenomenon. Would the plot to kill the king have succeeded? Would Petri have had to deal with the fear of imminent death?

At the very least, had he not been impacted so strongly by the vision, we wouldn't have the beautiful artwork the phantom suns generated.

Although the majority of people no longer view sun dogs as a religious phenomenon, they're still a source of urban mythology, awe and inspiration.

What Happens to A Sun Dog When Hit By Sonic Boom

Despite the urban myths and debatable theories, these light shows are extrodinarily interesting on their own.

Regardless of what you know them as, whether it's sun dog, phantom sun or mock sun, this amazing optical illusion is always a sight to behold. 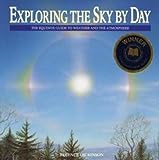