Survival Skills: How to Communicate with Smoke Signals

Sending smoke signals is a lost skill that can still have use in the modern world. Smoke signals call help if someone is lost after camping or hiking. The signals stand out from a traditional campfire because of the distinctive puffs of smoke. For those who believe in the Armageddon, smoke signals may be a useful skill for post-electricity era.

Sending puffs of smoke into the air is somewhat insignificant these days. Few people would pay any attention to random puffs of smoke. This is particularly true in dense, urban areas with smoke from chimneys and industry smokestacks mingling in the air. However, before modern modes of communication, smoke signals were one of the fastest ways to communicate over long distances. In the right circumstances, they could be seen over 400 miles and were used to send warnings or call for help.

The biggest drawbacks to smoke signals are that there is no universal language for them. Unlike some codes, such as Morse code, a language needs to be created between the different parties that are sending the message. That can work against a person in distress, but it can also work to a group’s advantage if warring parties can’t interpret the smoke signals. That being said, one puff of smoke generally draws attention to the signal, two puffs signal you are fine and three puffs call for help or send a warning.

These days, smoke signals are only useful in survival situations where a person needs to call for help. They may stand out from the average campfire because distinctive puffs of smoke are sent out, which a campfire will not do. In forested areas, forest rangers watch for signs of wildfire and pay attention to smoke in the woods. This can lead to a lost party being found faster than those without a fire or smoke signals. People that believe the end of the world is coming may also choose to learn smoke signals and develop a language with their family and friends as a precaution.

To send smoke signals, first start a strong fire in a high location. The ideal location is bare or has few trees and is the highest point in the area. This allows the smoke to rise unobstructed. If this is not possible, find the location that fits the requirements as best as possible.

Add damp materials to a strong fire, such as green leaves, fresh wood or damp wood. This causes the fire to smoke more. 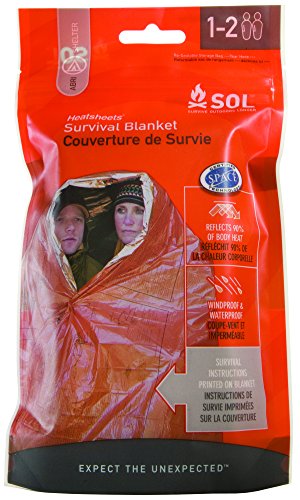 Stretch a blanket over the fire so that it is high enough not to burn but low enough that the smoke collects under it. You’ll need a second person for this. However, if you are on your own, try tying the other end of the blanket to a tree or other solid structure.

To prevent wildfire, put the fire out completely with water and bury the ashes to suffocate any embers. However, if you are truly lost and not just trying to communicate, stay with your fire and continue to send signals. Allow the fire to die down between signals so it is easy to manage. You can always build it up later.