Beautiful Orchids and Other Grassland Flora

In this, the third hub about the Beacon Country Park we leave our last location by walking up the incline between the trees to come upon one of the finest meadows at the park. Should we visit this locality in early May and throughout June we will be met by a floral extravaganza unequalled for many miles around, provided by the beauty of dazzling yellow meadow buttercups and the orangey red flowers of the common sorrel. The affect is truly amazing giving the whole of this meadow a warm and welcoming glow. It is indeed unfortunate that the traditional hay meadows once so common in the past are now a rarity in the countryside as a whole.As we walk the short distance to the crest of the incline we are to turn right towards the trees that run down the lentgh of this beautiful meadow forming one of its boundaries. As we start along this pathway,again during late late May and throughout the month of June we will come upon the queen of the grassland plants-the orchids.

Orchids make an impressive display when in bloom, however, they are very variable in numbers,most years there is a plethora of flowers, but occasionally there are not as many.The orchids at the park include the common spotted orchid,the southern marsh orchid and the northern marsh orchid. They also hybridise with each other, particularly the southern and northern marsh orchids making identification hard to establish.However, they are o be admired for what they are beautiful plants at the Beacon Country Park. Orchids grow from 30-45cm tall and consist of many hooded flowers tightly arranged at the top of the stem. At the back of each individual flower is a spur.

The Queen of Grassland Flora

Also in this area we will encounter the yellow pea-like blooms of the meadow vetchling a common grassland plant that scrambles over other vegetaion. The foliage of this species is grass-like and thus blends in well with the surrounding taller grasses.

As we near the trees are pathway begins to veer towards the left. At this point we are likely o come upon one of our smallest trefoils. The lesser trefoil with its tiny yellow flowers and clover-like foliage needs to be sought out a little more keenly because of its small size.This is another species that claims to be the shamrock,indeed, it is the foliage of this tiny plant that most patriotic Irishmen ware in their lapels on St.Patrick's day. The shamrock does not exist, the name comes from Gaelic, and means a clover-like plant.

The common dog daisy occurs among the gold and blood of the buttercups and sorrel sporting its large white flowers. This species has nuerous names such as the ox-eye daisy, moon daisy and Maudlin daisy.Some flowers , roses for example, have nice sweet scents in order to attract bees and butterflies in order to pollinate them. This species has the odour reminiscent to dog dirt in order to attract flies which they rely on for pollination. They are attractive flowers, but do not be tempted to take them home and place them in a vase for the reason given.

At the park there are three species ofvetch that occur along with the already considered meadow vetchling. These are the tufted, bush, and common vetch. Alas the common vetch is nolonger common although they may encountered at various locations around the park but not in any large numbers.

Between our path and the trees there is an area of rough grassland where the creeping buttercup delights to grow. This plant is known to almost every one and a description is not required.

Later in the year the meadow is awash with another invasive plant, the yellow rattle. It is only in the last four years that this plant has become established in this meadow.It is a semi-parasitic plant taking nourishment and minerals from the roots of grasses. They take their common name from the fact that when the seeds mature they rattle around in their swollen seed capsules.In many parts of the country it is said that the hay is ready to cut when the seeds rattle in thier capsules whch gives rise to their alternative name of hay rattle.

The commonest of our grassland plants must surely be the ribwort plantain. The plant is so called because on the undersides of the leaves are prominent rib-like veins that run the length of the blade. Not only is this species very common but it is also one of the most useful herbs for they contain natural anti biotics. The lance shaped leaves were utilised to make a syrup reputed to be of great benefit for children  suffering from common colds and chest infections. The leaves are to be found all year but they are at their best during the spring and early summer months.

Another familiar plant of this meadow is the red bartsia another semi parasitic plant that feeds on the roots of the surrounding grasses. This species has a dusty appearance it is almost heather like. The pinkish flowers grow on one side of the flowering stem only.

White clover may be found also among the grasses especially along the path. When I lead walks at the park children are always interested to learn about the flowers of the white clover. What we think of as the flower is in fact several individual flowers forming the flower head. This member,{ as are all the clovers} of the pea family has many pea like flowers set in rows. When a bee has visited they go to the bottom row first. The flowers are then pollinated and droop downwards towards the stem. Hence when the bee returns the second row of flowers are available to him with no restrictions incurred by the first row. The process continues until all the flowers are pollinated. Thus when we see the white clover flower head and one or two rows of flowers have drooped we know they have been pollinated while those above them have not.

We have now arrived at the end of this path and we are faced with a choice of direction. Straight before us we find a wooden walkway which will take us across a dividing ditch which gives access to the next meadow. However, we are at this point going to turn right and walk along the short path which splits the ditch on our left and the trees on our right.

The ditch side in summer is covered by the stately spires of the rosebay willowherb. This species is beneficial to human health. The leaves can be infused to produce a drink which has calming affects. However, it must not be confused with the greater willowherb which we met with earlier on our tour { see picture. The Beacon Country Park-part two} which has toxic effects. The leaves of this species are lance shaped, hairless and ends with a pointed tip. They are the food plant of the elephant hawk moth caterpillar. As we reach the end of this short pathway we are now to turn left over a wooden walkway that once more crosses the ditch to gain access to our next meadow for exploration. However, that will be for a future hub. 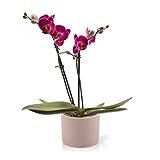 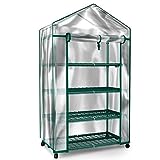