THE SCORCHING SUN:THE BURNING PLANET, WILL IT GET WORSE?

SCORCHING SUN ON THE PLANET 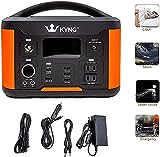 MY DREAM:Melting Ice Caps and Floods

When I was a teenager, back in the 80's, I had a strange dream where I saw huge boulders of Ice break apart and melt causing fierce flooding around me. In the same dream I saw it snow in Hot tropical places where it never snows, and it wasn't supposed to snow. Since then I have seen my dream depicted in movies such as Ice age--where the polar Ice caps melt causing a change in the planet. Other futuristic movies (apocalyptic) such as the Book of Eli, with Denzel Washington, depict future earth in a desert state where everyone is desperate to survive and kill for the smallest amount of water. Food is scarce and the living conditions are pretty hellish. The movie Isn't focused or about what I just described (to clarify) but it is a good picture of what I imagine could happen to the earth if we keep depleting our resources and the scorching sun keeps getting hotter with the greenhouse effect. The thought comes to my head of what if feels like when I get in my little, black car after leaving it with the windows closed, and it has sat in the sun an hour or two--it feels like an oven or the way I imagine an oven to be. It's hard to breath and it literally feels like I could bake to death in there (of course we know if I stay in there, with the windows closed, I will surely bake to death for real). I imagine this as happenning to the earth. As we create pollution/smog, it suffocates everything and the sun is getting through the ozone hole and baking us all. So why am I having these apocalyptic thoughts of planet earth? Why am I suddenly worried about the ozone? after all I haven't heard much about the ozone since the 80's when I had that dream. To explain why, I made a little video about The Scorching Sun and how it is affecting me personally.

THE OZONE HOLE: And How It Is Affecting us

I was complaining to my 13 year-old daughter about how hot it was and my all-wise-one brought the ozone hole to my attention. What is the ozone hole? It is literally a hole in the earth's protective layers. These protective layers keep out the sun's damaging rays. According to http://www.theozonehole.com/ "Human exposure to UV-B increases the risk of skin cancer, cataracts, and a suppressed immune system. UV-B exposure can also damage terrestrial plant life, single cell organisms, and aquatic ecosystems."

The afore mentioned site warns that "The ozone hole has steadily grown in size (up to 27 million sq. km.) and length of existence (from August through early December) over the past two decades." allowing more of the sun's damaging rays to enter the earth, heating it up, and causing WEATHER pattern changes. Have you seen crazy weather in the last couple of years? I HAVE: tornatoes, hurricanes, sunamis, no snow, too much snow in places where it's not supposed to snow, no rain in some places, too much rain in others.

WILL IT GET WORSE? What Can I do?

So... will it get worse? Personally I believe it will, slowly, but surely. The heat leads to more energy usage in the form of electricity or gas, to keep us cool in the summer and keep us warm in the winter. It also kills the plants and our food supply as shown by recent news clips of struggling farmers, who are seeing the effects in huge damages, compared to my own little observations at home. This means more resources are being used-up to produce not only food, but electricity and gas. Energy production from the wrong resources means more pollution, more effects to the ozone, which means a hotter planet earth. This belief has recently, constantly nagged at me with thoughts and Ideas about energy usage and conservation:solar panels, planting trees, etc.

Like many Americans I live almost pay check to paycheck so unable to afford them, the solar panels have stayed only in my head. I have been guilty of cutting down a huge tree that was causing us allergy and sewer problems, but I've tried to replace it by planting a small tree and some small tree/bushes to create shade and help the planet. If money is tight, buy when they are on sale, from clearance racks at gardening centers of stores like Lowes, home depot etc. At the end of the season they put half-dead or wilting plants and trees usually anywhere from 50-90% off. All of the trees and bushes I have bought and planted this way have struggled but LIVED. I actually bought my dwarf- apple and prune trees at Lowes for just a $1 and totally believe they would be green and alive if it wasn't for the scorching sun.

In conclusion, since I truly believe the condition of the scorching sun will worsen, I care about the planet; I believe wise energy usage will help decrease the ozone effect, and I don't have money to do more at this time, I will continue to try and plant small shade trees and bushes as I have observed that the blotches of green grass in my yard are in areas where there is shade either from a bush, the house or a tree. SADLY, I have seen neighbors cut down trees for no reason at all. If you have a tree that isn't causing problems please don't cut it down, and if you must do so, replace it with something else. If you own a business make it beautiful and environmentally green by planting many small shade trees, bushes and flowers. To do more on my part, I have become a "Renewable Energy Partner." and if you can GO SOLAR! 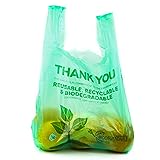 "You will come to know that what appears today to be a sacrifice will prove instead to be the greatest investment that you will ever make." --Gordon B. Hinkley(www. The SilverPen.com) 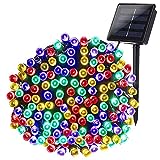 LEARNING FROM THE PAST

Your Role in the Green Environment Trainee Guide
Buy Now

PLANTING BEUTIFYING AND GOOD FOR THE PLANET