Many foreigners who come to Japan for the first time try to be extra careful because they hear that the Japanese are very polite and manner-conscious. In truth, Japanese are pretty forgiving of foreigners and do not get offended by little things. However, no matter what, please make sure to avoid the following ten things!

1. Walking into somebody’s house with your shoes on

Pretty much everybody knows this one so it should be easy to avoid. For extra points, make sure to neatly place your shoes so that they point towards the door (Otherwise your host will have to end up doing it for you).

2. Sticking your chopsticks vertically into your bowl of rice

In Japan, this is only done at funerals. While you’re at it, don’t point at people with your chopsticks either. There are a couple other chopsticks manners that we mention later on, but in general just follow what other people are doing!

Japanese are easily annoyed by loud and rambunctious behavior, but this mainly goes for public places. It is forgiven to be loud and boisterous when drinking in an izakaya or karaoke bar, but in trains, buses, and on the street, try to keep the voice level down! (especially if you are traveling in big groups).

Japanese take appointment times quite literally. If they say, “let’s meet at 4:45,” they literally expect you to be there on the dot (which assumes you will have gotten there five minutes early to be cautious). Being late will cause major irritation and in Japanese eyes infer that you don’t care very much about other people.

5.Not giving up your seat to an elderly person in public transportation

If you see a giant sticker with a pregnant woman, old man, and handicapped person in your train or bus—that means you are in front of the priority seats. For obvious reasons, you will be stared at with contempt if you don’t give up your seat to anybody over 60, especially if they look like they are struggling to stand.

6.Passing food from one set of chopsticks to another

Here we go with the other chopstick-related faux pas. Japanese try not to be too direct about things, so this action would require you to deposit the food onto a plate so that another person can pick it up from there. If you use this as an analogy for Japanese society, you would understand why it takes so long for things to get done.

7. Sitting before being offered a seat

When visiting a person in their home, office, or even in a restaurant it is generally good form to sit only after being offered a seat. Be aware that Japanese are very conscious about the “politics” of who sits where, so it is a good idea to wait until being told where to sit. If you are a guest you will be given the “best” seat anyway.

8. Referring to a person without adding “-san” to the end of their name

Keigo is the honorific language of Japan. It’s not the easiest thing to learn (even most young Japanese can’t use it properly), but one thing you can do easily is add “-san” as an honorific at the end of people’s names. If you can, learn keigo before learning the direct mode of speech.

Japanese people like cleanliness. If you throw trash on the street then they will be quite offended. Yes, we know there are plenty of Japanese who behave this way themselves, but they will pay extra attention to you because you are a foreigner. In addition, when eating a meal make sure not to leave any little rice bits or other food. You will get extra points for keeping your plate clean.

Although this is generally rude wherever you go, it is good to keep in mind that hand gestures are quite different in Japan. For example, when indicating yourself, you point at your nose instead of your chest (as you do in the West). If you want to indicate somebody who is standing beside you, put your palm up, keep your fingers closed, and direct your whole hand toward them. 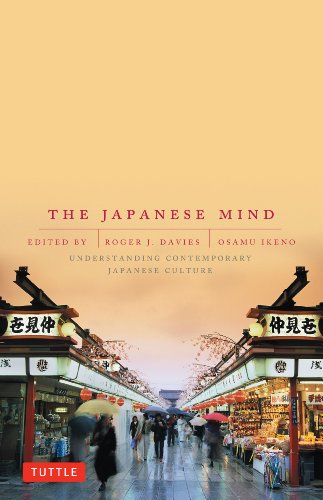