School Teacher: Teaching In A Remote Alaskan Village: One Year and Done For This Man

I’m not really sure what I expected when I boarded the Alaska Airlines flight in Seattle. I knew I was headed for an adventure but nothing could have prepared me for what I found in Akiachak, Alaska in 2006.

For those of you who are not familiar with Akiachak, and I suspect that is about 99% of you, it is a small native village on the banks of the Kuskokwim River in western Alaska about twenty miles northeast of Bethel. Chances are you are not even familiar with Bethel but believe me, when it is the only town of any size nearby, you become very familiar with it very fast.

Akiachak is a village of approximately 600 residents, 92% of whom are Yupi’k Eskimo. It is a subsistence and fishing village and 21% of the citizens live below the poverty line. The largest employer is the Yupiit School District and other employment includes commercial fishing, construction and seasonal fire-fighting.

The village itself is 6.8 square miles in size and it receives, on average, fifty inches of snow. The average temperatures in the winter range between -2 and 19 degrees Fahrenheit.

Now you know everything I knew as I boarded that flight to the Great Unknown.

So what in the world led me to Akiachak?

A DESIRE TO GET BACK IN THE GAME

I had been out of teaching since 2002 and I was feeling the itch to return to the classroom. I was unattached, tired of my job at UHaul and in need of a kid fix. After spending a year of sending out applications to Washington schools and finding no employment I finally decided it was time to expand my horizons. I saw an online ad for teachers wanted in Alaska and I began the process of applying for those jobs.

When one applies for jobs in Alaska one needs to understand the process. They really are quite hard up for teachers up there. If you are standing upright, breathing and have a degree then chances are excellent that you meet all the requirements. Jobs are relatively hard to come by in Anchorage, Fairbanks, Nome, Seward and Juneau but if you are willing to work in the remote areas you will be employed faster than you can imagine.

· Send in your application packet to the school district

· Take part in a phone interview

· Wait a day or two for your references to be checked

Do you think for a second that I am exaggerating? At the time I was fifty-seven years old; I had been out of teaching for four years. I received my first offer in two days. The superintendent in Barrow, Alaska, was practically jumping out of his shoes he was so excited when he called me. Barrow, Alaska! Look it up on a map but crane your necks and look real far northward because it is the northernmost city in the United States, right at the tip of the Arctic Circle. Can you say colder than a well-diggers butt? No wonder the man was excited. He had found an idiot who appeared to actually be interested in freezing his toosh off in a city visited by polar bears. I’m surprised he didn’t drive down to Olympia to hand-deliver my contract.

I respectfully declined when the next day a job offer was waiting for me from Akiachak. All I was sure of was that Akiachak was not at the top of the world; damn close to it but at least not at the very top. I agreed to the $60,000 pay offer and was told to report on December 27, 2005 for my new assignment.

I should have questioned the fact that I was being hired in the middle of the school year but by then I was excited for the new adventure and not thinking very straight. It turns out quite a few jobs open up during Christmas vacation because after four months on the tundra teachers seem to come to their senses and just leave.

REALITY QUICKLY SETTLES OVER ME

Seattle to Anchorage, Anchorage to Bethel and arrival in Bethel on the night of December 26, 2005. It was ten below zero when I stepped off the plane and I was greeted by the principal of Akiachak High School. We shook hands and he began loading my bags into his Ford Explorer. I asked him how we were getting to Akiachak since I happened to know there were no roads. He calmly explained that we would be driving ON THE RIVER!

I had five days to get acclimated before school began. The temperature never got above ten below and I was having a hard time finding enough layers of clothes to keep me from freezing to death. The sun rose about eleven a.m. and set about two p.m. and there was ice everywhere…..and no trees! It was like being in a desert covered with ice!

I spent those five days shaking hands with fellow teachers, smiling a lot and wondering if it was too soon to return home. I decided since I hadn’t taught a class that I might be a bit premature in making return reservations before school began.

The school was a half mile from the teacher residences so each day I would walk to school (skating was more like it but without skates) and of course that meant being stared at by the villagers who just smiled at me and nodded as I passed by. It must have been quite entertaining for them to see fresh meat slipping and sliding down the road, occasionally falling and shaking uncontrollably.

I learned how to skin a beaver in Akiachak.

I learned how to gill net for salmon in Akiachak and boy are there a lot of salmon in the Kuskokwim River.

I learned that without a snowmobile or ATV you go nowhere in Akiachak.

I learned that it is forbidden to shoot a bb gun in Akiachak but you can shoot dogs with a rifle between the hours of 10:00 p.m. and 6:00 a.m. if they are not on a leash.

I learned the importance of extended family from the villagers of Akiachak.

I learned that only the strong survive in a remote outpost like Akiachak.

I learned that hunting and fishing are infinitely more important than education in Akiachak.

I learned that despite being white and an outsider that love was given freely to me in Akiachak.

I learned that possessions have no meaning in Akiachak and they are given freely to those in need.

I learned that what I thought was reality was merely illusion in Akiachak.

I learned that it is still possible to step on ground that a human being has never visited in Akiachak.

I learned that school is not cancelled for weather unless it gets below -50 degrees, which it did one day.

I learned that the average snowfall of 50 inches was a myth; we had five feet in March alone.

I learned that frozen ice crystals called “snow dogs” float in the air at forty below zero, a surreal experience of shimmering, shiny flecks of white in the air all around you.

I learned that despite my soft upbringing that I am tougher than I ever believed.

I learned that there is much to be said for a small community that watches out for each other.

I learned the true meaning of isolation in Akiachak.

SIGNING UP FOR ANOTHER YEAR

In April of 2006 the administration decided that I was a keeper and they offered me a full-time position for the following school year. I agreed and signed the contract and to this day I don’t know why.

By the time I was heading home in June I could barely contain my excitement and during the summer months I dreaded leaving my family and returning to Akiachak in late August but return I did, hopeful that the feelings of aloneness were a thing of the past and determined to make it work.

It was not meant to be!

I had no sooner stepped off the plane in Akiachak than I knew I wouldn’t make it a full year. The loneliness and feeling of isolation were overwhelming and for one of the few times in my life I was truly frightened.

I hung in there until late November but while on a trip to a volleyball tournament north of Anchorage I began drinking heavily, almost lost my life to booze and finally returned home to Olympia and my family. The Great Adventure had come to an end.

However, there is no way in hell I’m ever going back!

To purchase my Kindle book on Alcoholism go to:

To purchase my Kindle book on Lifestyle Choices go to: 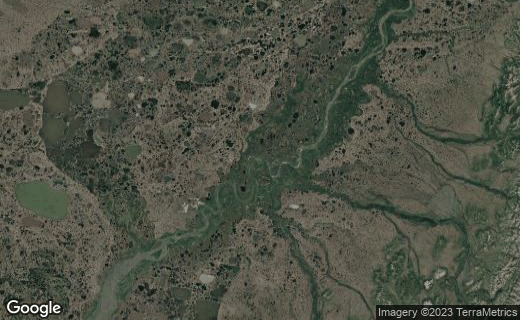