Teaching "The Tell-Tale Heart" by Edgar Allan Poe with Multimedia

This lesson allows students to compare and contrast interpretations of Edgar Allan Poe's short story "The Tell-Tale Heart" through art, music, and film to the original text. Students will be asked to observe, analyze, interpret, and evaluate various interpretations as well as create a visual interpretation of their own.

This lesson focuses on Common Core State Standard 8.RL.7: Analyze the extent to which a filmed or live production of a story or drama stays faithful to or departs from the text or script, evaluating the choices made by the director or actors.

Edgar Allan Poe's "The Tell-Tale Heart" is in the public domain, so it's easy to find and use even if it's not in your school's adopted textbook. While you can also easily find and/or download audio readings on the internet, I believe it's much more effective to model the reading of this story out loud for students, even gifted ones. It's a fun story to perform, and I encourage you to "ham" it up as much as possible. Stopping to check for understanding as you read is also essential.

As we read, I ask students to divide their paper into quarters and to take notes on...

We discuss their findings at the end of our reading of the text.

Visual Art: Illustration of "The Tell-tale Heart" by Harry Clarke.

Show the illustration by Harry Clarke and pose guided questions like the following:

Make sure to allow time for discussion. 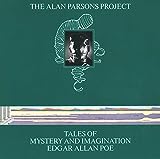 Play the song by Alan Parsons Project and either show the lyrics on your Smartboard/projector or make copies of the lyrics for students. Pose some guided questions like the following:

Make sure to allow time for discussion.

At this point, I usually hand out the "The Tell-tale Heart" Media Analysis Guide. Students can track responses to the illustration, song, animated film, and full-length film on this handout. Students are also asked to evaluate which they enjoyed the most (the short story, illustration, song, animated film, or black-and-white film) and to explain why.

The animated film is narrated by James Mason and includes some wonderfully creepy gothic visuals.

Students continue to complete the Media Analysis Guide as we view the film. This short film drastically changes several elements of the short story, and a good discussion can be had questioning why these changes were made for audiences of the time before "ratings" existed.

Students are also asked to cast their own modern version of the story for film. They then describe how they would film their favorite scene from the story, and they storyboard that scene for filming. These questions are located on the back of the Media Analysis Guide.

What is your favorite E.A. Poe story?

Finally, students get to create their own interpretations of "The Tell-Tale Heart" through graphic drawings. I ask them to draw a retelling (stickmen are fine as long as visuals are accurate) of "The Tell-Tale Heart" with no less than six boxes. The first box should give exposition or basic situation. The next three should be the rising action. The fifth should be the climax. The sixth should be the resolution or falling actions. Each box should have text in the form of dialogue or captions which make it clear which part of the story is being interpreted. Depending on time constraints, you can keep this relatively simple or require more (color, use of text elements, direct quotations from the story, etc.)

True!—nervous—very, very dreadfully nervous I had been and am; but why will you say that I am mad?