The 1930s during the Dust Bowl

Perhaps it left my memory but I honestly do not recall learning much of anything about the Dust Bowl during my school years, despite learning about the Great Depression.

I am pleased to hear that American children from 4th grade to 8th grade and beyond (depending on the school they attend) are learning a lot more about the Dust Bowl in school nowadays.

If you are a teacher thinking about creating a lesson plan for the Dust Bowl, pbs.org offers a lot of resources.

Learning about the Dust Bowl in History class

The Dust Bowl is such an important story in the fabric of American history and teaches a lot of life lessons. Especially in these times, it is good for American children to see the resilience of the families that came before theirs.

Times of struggle are not going to end soon but we do need to deal with and rise up out of circumstances. Thus, the historical stories of generations before can resonate with us in the present day and for overcoming adversity, these stories can be very inspiring indeed.

My understanding of the Dust Bowl of the 1930s greatly inspires me to know the resilience of Americans at that time. While the Great Depression was still happening a natural disaster occurred to add enormous stress. It was called the Dust Bowl and affected several areas including the states of Oklahoma, Kansas and Texas.

This video about the Dust Bowl is approximately one hour long and some of the insight that it includes is the statement that the farm land was over plowed.

During the Dust Bowl, the land was said to become desert like.

Imagine a bird's nest being made out of barbed wire because the birds could find no other material (branches, grass) to build it.

Amazingly, farmers covered the mouths of their horses with face masks also so that the horses would not meet sickness and death from inhaling or swallowing the dust.

Sadly, the dead crops caused extreme poverty in addition to the economic times.

During the Dust Bowl, birds had to build their nests out of barbed wire because no other material for the nests could be found available.

The drought continued and stunningly lasted a decade (all of the 1930's). Small children of the time grew up, spending an entire decade of their lives in the dust. By 1936, even the eastern U.S. states were experiencing the effects of the dust.

Back in the Southern Great Plains, people felt loyalty to their land but the devastation was causing them to lose hope.

Some groups such as "The Last Man's Club" formed with the promise that they would stay on their land no matter what.

With this, some farmers did not admit defeat until as late as 1939 and just 6 months later they received relief in the form of rain.

Slideshow footage of the Dust Bowl can be found on YouTube

YouTube is also a good source of information for seeing actual footage of the Dust Bowl and black and white photos.

Children assisted their mothers with covering the windows of their homes with towels or sheets that were soaked in water or pasted with starch so that the dust would stay out of the families' homes.

Covering the windows slowed down the dust but did not completely prevent it from entering the homes.

During the Dust Bowl, families had to set their dinner tables only immediately before it was time to eat and turn plates downward until it was time for the food to go on the plate.

Many deaths occurred from the complications of pulmonary illnesses and many survivers went on to have problems with their lungs. Parallels can be drawn to what surviving 9/11 rescue workers have gone through.

According to one man's testimony on livinghistoryfarm.org, chickens were coming to roost in the middle of the day during the Dust Bowl because it was so dark, the chickens thought is was night.

To turn away from the Dust Bowl disaster, a lot of peole emigrated to California where they found they were not welcome at all.

Californians were struggling with the effects of the Great Depression and many were jobless. There was fear that an influx of even more jobless people would be a threat to those residents looking for jobs.

Those seeking relief from the natural disaster of the Dust Bowl eventually did receive some aid from the federal government (Franklin D. Roosevelt's The New Deal) with the sentiment that we are all Americans.

Had you known the magnitude of this Dust Bowl event in American History?

Did you already know about the Dust Bowl prior to reading this discussion of what occurred? 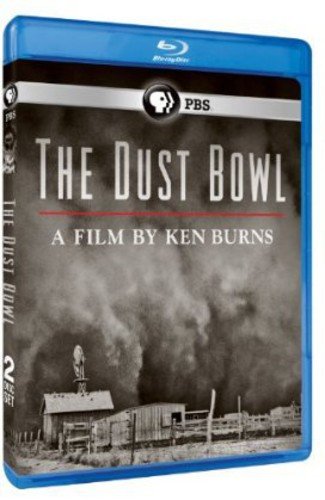