A Quick Look At The Major Battles of The Civil War

The Civil War (1861-1865) sometimes called, the war between the states, war between brothers, or war between the North and the South, was the most significant and greatest war ever fought on American soil. Battles between the Confederate army and the Union army took place in more 10,000 places and more than 3 million men fought it. The lives of 600,000 men were lost after four years of fighting for what they believed in. The North wanted Federal authority and the South wanted State rights. It is almost impossible to imagine what this country would be like if this most defining event in American history never took place 154 years ago because of the issue of slavery. 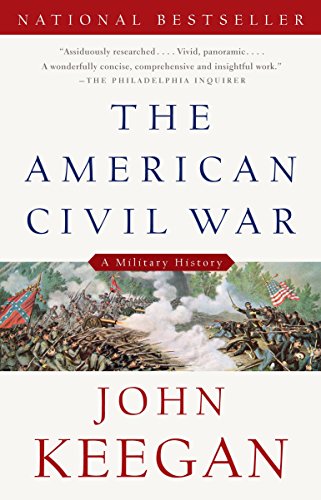 The seeds of the civil war were planted in 1619 with the arrival of 20 black Africans from a Dutch frigate as indentured servants. It is not long before the black Africans are treated as slaves and they are sold and trade by both Northerners and Southerners for profits.

The North began passing a series of laws to abolished slavery, however in the South slavery remains legally sanctioned and is very much a part of economy and way of life there. Many laws were passed to guarantee individual their rights, but they did not apply to the slaves.

By 1850, the South with slave labor was exporting more than a million tons of cotton a year and in the North the abolitionist movement was gaining momentum. The nation was quickly annexing territory to the North and the South. The addition of two states, Kansas and Nebraska, ignited a heated argument in Congress of whether these states should be admitted to the Union as free states or slave states. Congress passed the Nebraska-Kansas Act in 1854 to let the states decide. Unfortunately, that turned into a violent situation called "Bleeding Kansas".

The Nation edged closer to war on October 16,1859 when an abolitionist named John Brown, with 18 men (5 blacks, 13 whites) tried to raid the Federal arsenal in Harper Ferry, Virginia to arm slaves. This event started a rebellion that would sweep the South. The raid failed.

After Lincoln was elected president in 1860, South Carolina and six other southern states seceded starting the division of the Union. The war officially began on April 12, 1861, at 4:30 AM when Confederate General Pierre Beauregard gave the order to fire on Fort Sumter off Charleston, South Carolina.

There were thousands of battles fought in the civil war. These are the most significant battles with a brief description of their significance and other pertinent information.

This was the first major battle of the civil war. It took place at Sudley Ford along a creek named Bull Run in northern Virginia on a Sunday. General McDowell lead the Union soldiers against the Confederate soldiers lead by General Beauregard while spectators in their Sunday's dress watched. The onlookers at the time did not realized the seriousness of this battle. Jackson makes a strong stand against the Union soldier and earned the nickname "Stonewall Jackson". The Union has suffered a humiliating defeat.

This was a series of battles that took place in the Shenandoah Valley (western part of Virginia) starting in November of 1861. This campaign will last for 6 months with Stonewall Jackson commanding the Confederate soldiers. Their orders were to protect the valley from the Union army and at the same create a diversion to draw Union troops from George McClellan force in the east. The Confederates won all the battles here, effectively stopping the threat to Richmond, Virginia.

A series of battles starting with Union-Conferate confrontations in Fair Oaks/Seven Pines, followed by Seven Day's battles, Gaines' Mill, and Malvern Hill. This was the closest the Union army can within Richmond, the Confederate capitol. A cautious McClellan pulled back his army during the night to Harrison's Landing and sat for six weeks before being withdrawn from the campaign. McClellan blew his chance of capturing Richmond to end the war here.

After McClellan misdirection in the Peninsular Campaign, Lee regroup his army and headed north to threaten Washington. The Union army failed to stop the advancement of the Confederate army toward Washington. In end the Union retreated and another victory for the Confederates.

Even thought the Confederates were winning almost ever battle in the East, the Union army did claim significant victories in battles fought in Tennessee and Kentucky by capturing two forts. This victory gave the Union army control of two southern rivers, the Tennessee River and the Mississippi River. This gave the Union an edge in troop movement.

Robert E. Lee decided to head north into Maryland after his victory in Bull Run. Maryland was full of autumn harvest to feed his Confederate troops. Also Lee's decision to go north for the purpose of drawing the Union troop from Richmond. This battle became the bloodiest battle in the Civil War and took place mostly in a cornfield. More than 20,000 men were wounded or killed in one day. Again McClellan became cautious and blew another opportunity to destroy the much smaller Confederate force and probably would have ended the war sooner.

This battle was famous for the positions that the two armies took on a hill called Marye's Hill. The Confederates under Lee's command took the higher ground and the Union force under Burnside took the lower ground. By the time Burnside's army had arrived here, Lee's army was well dug in behind a stone wall with the cannons pointing downhill facing a long field toward them. Burnside will do the unthinkable by sending this army up the hill 14 times. When Burnside finally gave up he lost 9,000 men in a sunken road. This is a strategy now used in modern warfare. The army with the upper position usually win. The Union obviously lost this one.

This battle is considered Lee's greatest battle. Lee with his smaller army was able to out flank Hooker's much larger army. Hooker eventually went on the defensive and did exactly the same thing McClellan have done twice. He withdrew his army. The Union lost another one. This is also the battle where General Stone Wall Jackson is mortally wounded.

This battle was started by a chance meeting of two armies in the tiny town of Gettysburg. Lee's army was there looking for shoes for the soldiers and Union army was there already. This became the biggest battle in the Civil War and this is where Lee makes his biggest blunder in the war known as Pickett's Charge. He ordered General George E. Pickett to lead an assault against the center of the Union line. It was the same mistake Burnside had made at Marye's Hill. Pickett loses half of his men in this charge and the Confederate force suffered a major blow. From this point on the Confederates will not win another major victory.

This was the second longest siege in the Civil War. Grant finally broke the Confederate hold on Vicksburg to give the Union another significant victory after the victory in Gettysburg the day before. This victory basically split the Confederate, thus making them weaker.

A cat and mouse game is what this series of battle was about. Grant followed every move Lee made with his army. Lee's objective was clear, stop the Union army from entering Richmond.

This battle became the longest siege in the Civil War. The siege will last 10 months. The battle for Petersburg were fought in a trenches, some extending as far as Richmond The famous Battle of the Crater took place here. Grant's objective was to severe the Confederate railroad supply line. Grant finally was able to cut the supply line and Lee eventually gave up after relenting pressure from Grant's forces and started the march to Appomattox.

This was a very important and final major battle in the Civil War. Sherman Union forces captured a critical railroad supply center here after overwhelming the Confederate forces. After General Slocum surrendered the city to Sherman, he telegraphed Lincoln to tell him "Atlanta is ours". Sherman quoted "War is Hell" and went on to destroy more than 400 buildings in Atlanta before departing east to start his famous "March to the Sea". 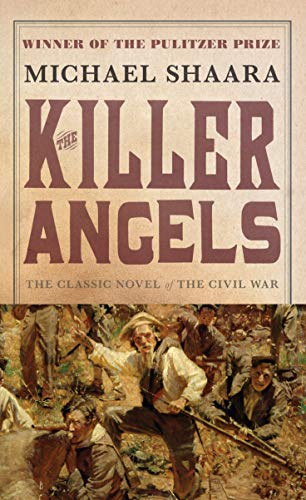 Lee realized the end was near. The Confederate army was completely surrounded, exhaustive and weak in number. Robert E. had but one choice to consider the surrender of his Army to General Grant. After a series of notes between the two leaders, they agreed to meet at the house of Wilmer McLean in the village of Appomattox Courthouse. The meeting lasted approximately two and one-half hours and at its conclusion the bloodliest conflict in the nation's history came to an end.

Many smaller battles were left off the list. These were only the significant battles mentioned here. Between these major battles, the smaller battles also determine the course of the war as the war progressed through those four bloody years.