The Apollo 11 Mission: The Most Important TV Event The Apollo 11 Mission on Television

A model of the lunar module descended onto a replicated lunar surface with the audio of the transmissions between the astronauts and the Houston Space Center. The landing was simulated twice because the lunar dust delayed the actual landing by a few seconds. Then the screen flashed “Lunar Landing Confirmed”. We had done it. Human beings had landed on the moon.

The subsequent lunar walk was anti-climactic by comparison. Traveling to and landing safely on the moon was the hard part. The lunar walk was a matter of putting on a space suit, climbing down a short ladder, and walking around a bit. Neil Armstrong and Buzz Aldrin were where no one was before. We were watching it live. This event displayed the great technological achievements mankind had made.

Viewing the event live showed how something can be simultaneously fascinating and boring. There were no moon monsters or space aliens. The U.S. spent billions of dollars to plant a flag and bring back a few pounds of rocks. When Neil Armstrong, Buzz Aldrin, and Michael Collins splashed down a sailor scrubbed them down. They were to be put in an isolation chamber in case they got some kind of lunar infection. This seemed a ridiculous precaution since every scientist of importance knew there wasn’t any life on the moon. President Nixon spoke to the astronauts and called their lunar mission the most important event since the creation. This was arguably true from a scientific achievement standpoint. The live coverage of events also showed the contrast between the United States and the Soviet Union. The Soviet Union didn’t show their space missions live. It illustrated the difference between a free and open society and a secretive totalitarian society.

The Apollo 11 mission was

After the Apollo 11 mission U.S. sentiment shifted towards spending less on space exploration. Fewer people were interested in watching moon walks. During the Apollo 12 moon walk Astronaut Alan Bean accidentally moved the camera so it faced the sun. This ended the view of the moon walk for the home audience. During one lunar mission viewers got to see the same view of the lunar landscape for a long time with astronauts out of sight. The astronauts didn’t come back into view and the feed ended with a quick camera movement and the astronauts turning off the camera. The last lunar mission was Apollo 17 in December 1972. NASA cancelled 3 other planned lunar missions. NASA began the Skylab missions in 1973. The last Skylab mission was in 1974. The last Apollo mission, Apollo18, was the Apollo-Soyuz mission in 1975. Then the U.S. went through a long gap between human space flights. NASA didn’t send anyone into space until STS-1, the first Columbia mission. The last space shuttle mission, STS-135, ended on July 21, 2011. NASA hasn't sent a spacecraft with a person on board since. While humans haven’t left low earth orbit since Apollo 17 crewless spacecraft have extensively explored the solar system and Voyagers 1 and 2 are in interstellar space and transmitted information from interstellar space.

Apollo 11: The History and Legacy of the First Moon Landing
Buy Now

"... what is it that will make it possible for us to spend 20,000 million dollars of our taxpayer's money to put some idiot on the moon..."

The Apollo program cost $25.4 billion.[i] Many at the time believed the resources would be better spent on the many problems on Earth. In Fiscal Year 1969 space, science, and technology accounted for 3% of the budget. Social Security, unemployment, labor, Medicare, health, education, employment training, and social services accounted for 32% of the budget.[ii] These numbers indicate the U.S. was spending much more on solving earthly problems. Arguably the Apollo money would have made little impact if spent on other government programs. The moon missions, and the views from space, were examples of government extravagance and easy targets for ridicule. When the Apollo 13 had its mishap most people expressed concern for the astronauts and confidence NASA would bring them home safely. During person on the street interviews by Channel 7 in New York one man expressed the hope the mishap would convince people to stop wasting money on missions to the moon where we just bring back some rocks. A young woman stated if the astronauts died it would be no worse than those killed in Vietnam. During the time of the Apollo 13 mission Staff Sergeant Dennis W. Neal and Private Earl Henderson died in Vietnam.[iii] 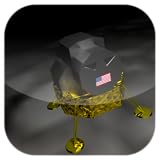