The Banana: Proof of Intelligent Design

The banana is one of the most important agricultural commodities in the world, grown for export and domestic consumption on farms and plantations across the tropics. A staple food of millions of people around the world, the banana and its relative the plantain seem almost too good to be true. The banana is almost tailor-made for human consumption - seedless, easy to peel, and perfectly sized for the human hand. This has led many to suggest that the banana was intelligently designed, as such a perfect fruit could never have evolved through natural processes.

As a matter of fact, this is correct. The seedless yellow banana in our supermarkets today did indeed have an intelligent designer - us. Over thousands of years of cultivation and hybridization, human beings have transformed the unpalatable berry of the banana plant into the fruit we know and love.

How The Banana Lost Its Seeds

Modern bananas are hybrids of multiple varieties of two main species of banana plant: Musa acuminata and Musa balbisiana. The fruits of the wild varieties of both plants are short, stubby berries filled with dozens of hard seeds - not a very palatable fruit for human consumption. However, thousands of years of human cultivation has produced polyploid plants with multiple sets of chromosomes: diploid plants with two sets and triploid plants with three sets. One of the results of this polyploidy in banana plants is the production of fruit with small inactive seeds, and even seedless fruit - ideal for human consumption.

Yes, We Have No Bananas 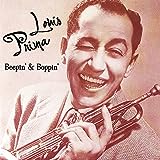 Yes, We Have No Bananas
Buy Now

While the production of seedless bananas is great for palatability, it does have the side effect of making it impossible for the banana plant to reproduce sexually. Banana plants also reproduce asexually, however, using an offshoot known as a corm to sprout a new stem once the main stem has fruited. Banana plantations continually dig up and replant these corms as they sprout in order to produce the next year's crop, as it takes 10-15 months for a banana plant to produce fruit from a corm. Once a banana plant has fruited it will not produce fruit again, so the main plant is cut down and the land re-used.

This asexual reproduction does have some negative consequences for sustainability, however. As the modern banana plant is essentially a clone of previous generations of its variety, it never has the opportunity to combine DNA with other banana plants and does not have the ability to evolve through generations of sexual reproduction. This makes banana plants extremely vulnerable to disease and pests, as the plant is not able to evolve resistance or defense mechanisms.

The consequences of this were felt strongly in the early 20th Century, when an outbreak of Panama disease - a fungal infection fatal to banana plants - wiped out many South American plantations that were growing the Gros Michel, or "Big Mike" banana variety. This caused severe banana shortages in the United States and inspired the 1923 hit song, "Yes, We Have No Bananas." The Cavendish variety grown today is resistant to Panama disease, but could be susceptible to future disease outbreaks without human intervention. 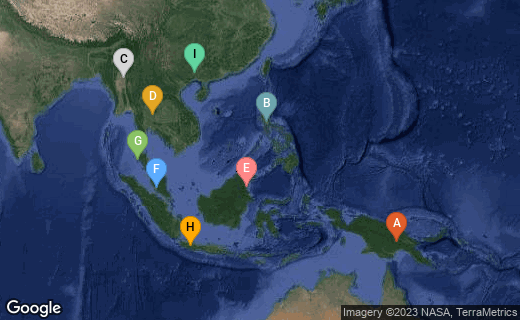 What is the strongest evidence for intelligent design of the banana?

Modern genome analysis of wild and cultivated banana varieties has found that the various subspecies of Musa acuminata and Musa balbisiana evolved from an ancestral Musa species over a wide region of Southeast Asia. Different subspecies arose on different islands of modern-day Indonesia, Malaysia, Timor Leste, the Philippines, and Papua New Guinea, as well as Burma, Thailand, and southern China on the mainland. Many of these locations are separated by large portions of the South China Sea, making it unlikely that the flowers from one subspecies cross-pollinated with another subspecies without human intervention.

Archaeological evidence of banana cultivation has now been found in multiple locations in Africa and Asia. Since cultivated bananas do not produce seeds and the tissue of leaves and stems does not preserve well, the primary evidence of ancient cultivation is found in microscopic silica deposits known as phytoliths.

Phytoliths are produced by many different species of plants using silicon, oxygen, carbon, and other elements taken up from the soil. Though their exact purpose is not known, they are thought by many botanists to provide support to plant structures. The phytoliths produced by different types of plants have unique shapes and chemical signatures, making them useful as a botanic fingerprint for identifying ancient plants whose tissues have long since decayed away. The presence of carbon in phytoliths also allows them to be used for radiometric C14 dating, establishing an estimated age when the plant lived.

At an archaeological site in Nkang, Cameroon, phytoliths found in pottery shards have been identified as belonging to an AAB plantain variety. These have been dated radiologically to between 2,300 and 2,750 years ago. Since the ancestor Musa species are not native to Africa, it indicates that this plantain variety was hybridized much earlier and brought to Africa by human migration or trade.

An even older example of cultivation has been found at Kuk Swamp in the Papua New Guinea highlands. The phytoliths found at this site have been found to belong to the native-dwelling M. acuminata banskii subspecies, and were found along with soil mounds and stone tools indicative of early agriculture. These were dated to between 6,440 and 6,950 years ago, demonstrating that cultivation of the banana likely dates back nearly seven thousand years.

A Long History of Human Design

Like many domesticated plant and animal species, the banana is an example of human design. Over thousands of years, human intervention has taken a wild plant and modified it into an organism that meets our needs in a way that would be impossible by natural selection alone. Today, human design is even more intricate than cross-pollination and hybridization - we have the capability to manipulate, splice, and even create genes from scratch. In July 2012, a team of French geneticists sequenced the M. acuminata genome - an important breakthrough in the effort to preserve the Cavendish banana. It may be that this new genetic technology will be what saves our seedless banana creations from the next disease that threatens their existence.