History in the Media: The Destruction of the Beloved City of Pompeii 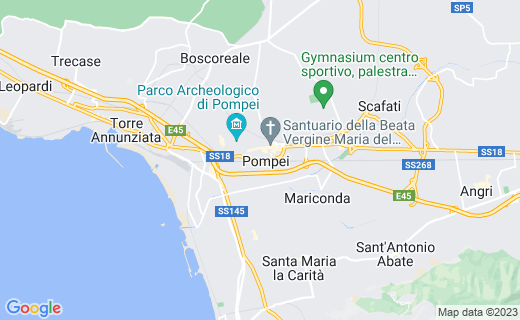 The Life of Pompeii

For over 250 years, the city of Pompeii was a popular vacation spot until 79 AD. The city had extravagant villas for wealthy visitors. Markets and bath houses were part of daily life. There were thirty known bakeries in Pompeii, but surprisingly the diet of rich and poor did not divide the way it does, today. There were theaters for gladiators and performances. Like most Roman towns, there were activities such as gambling and prostitution, as well.

After the destruction and rediscovery, many people visit there, today. One of the most popular features of Pompeii has been the carved phalluses scattered throughout the town. Many theories exist to explain the meaning, but the most common is that they point to brothels. On the other hand, the amount of known brothels is much lower than the number of buildings these symbols point to; therefore, some believe they signify male dominance instead of sexual conduct.

Pompeii even held temples. One such example is the Temple of Isis which had to be rebuilt. Isis is an ancient Egyptian Goddess who was adopted by the Romans; hence, why there was a temple dedicated to Her in Pompeii. Devotees of Isis still exist, today, through Paganism. It was a well-established place.

Why Didn't They Leave?

Like other volcanic eruptions, Mount Vesuvius had been brewing before it exploded. Today, people would know if something dangerous were about to happen; especially, if they lived near a volcanic mountain. The people of Pompeii would have felt earthquakes as a warning; unfortunately, they weren't aware of the implications, since they had experienced earthquakes, but did not know it was a volcano. In fact, the term "volcano" was later derived from the name of the god of fire, Vulcan. As with other disaster events in history, we are reminded of far we have come with education, experience, and technology to predict future danger. At the same time, we are reminded of our vulnerability and imperfections as humans.

In January 2013, Bastille released their fourth single "Pompeii" off their album Bad Blood. The lead singer, Dan Smith wrote the song in his bedroom after he was fascinated to learn the victims of Mount Vesuvius were frozen in time within ash. He wanted to capture what it might have felt like to be in Pompeii when the volcano was erupting, as well as what the victims may have said to each other had they been able to communicate after it was over. It is understandable for someone to wonder what would have happened if people were able to survive it, considering their remains allow us to still see them so long after the event.

In 2014, the film Pompeii was released. While it received average to bad reviews, it helped fans of Bastille understand their song—myself included. As with many historical films, it centers around a forbidden romantic relationship between a rich woman Cassia (Emily Browning) and a slave Milo (Kit Herington). Critics consider it a mix between Gladiator and Titanic due to the fact it is about a historical disaster which involves a gladiator slave and a wealthy woman who have to escape a corrupt powerful man Corvus (Kiefer Sutherland), who sees the heroine as his property. The most controversial aspect of the film has been its special effects. Some believe the large stone fireballs shooting from the volcano are unrealistic; however, director Paul W.S. Anderson has said he based the eruption of the volcano on the descriptions written by those in the next town who were able to see it, but not experience it.

Most generations will experience some sort of devastating disaster. The eruption of Mount Vesuvius was so great that it wiped out an entire city that thrived on popularity, particularly with the upper class. Today, we may think of the tragedies of 9/11, and how much was destroyed that day; however, events such as that one were not preserved. We have memorials and rebuilding, but it isn't the same as having the actual bones of people where they died to help future generations fully grasp what the last moments of their lives were like. The quiet of the city, today, and the expressions on the faces of the victims haunt visitors unlike any other disaster.