Glass Towers Shimmering in the Sunshine

One day in early September 1996 my husband and I had spent a few hours in downtown Boston, laughing at the antics of the penguins in the aquarium, before heading over to Quincy Market, where we watched jugglers, ate cakes and generally behaved like the tourists we were. Eventually we wandered out, following our noses rather than the guidebook in my husband’s hand.

Up ahead, a strange glass structure glinted in the sunshine, and piqued our curiosity. As we drew closer we saw that it was not one, but six, glass towers.

The walkway beneath the towers

Prisoners Numbers Seen From Inside the Towers

Modern art, we thought, and consulted our guidebook, written in 1994. We found no mention of any glass towers in the area.

At ground level each tower had only two sides, so it was possible to walk through them. Inside the first tower we stopped to take a closer look. Numbers were engraved onto the glass, hundreds of numbers, thousands of numbers. We began to wonder about their significance – and then we noticed words among the numbers.

“I was chosen to work as a barber outside the gas chambers.”

What we had thought was a sculpture is in fact a monument built in memorial to the millions of prisoners who died in the Nazi concentration camps of World War II. It was build in 1995, and designed by architect Stanley Saitowitz, his design selected from over 500 entries in an international competition. As we later discovered, the six towers represent the smokestacks of the six death camps of Auschwitz-Birkenau, Majdaanek, Chelmno, Treblinka, Sobibor and Belzec. Below the gratings at the bottom of each tower are chambers where smouldering coals billow steam out onto the granite walkway.

To my mind the powerful impact of the memorial is due to its simplicity. The numbers speak for themselves, for the six million who were murdered in the death camps. Lives became numbers, and then were numbers no more, lives no more.

In our haste to get to the towers we had missed a large granite panel that lists key events from 1993 when the Nazi party came to power, until their defeat in 1945. Mass murder of Jews began at Treblinka in 1940, and the Nazi’s “Final Solution” – the plan to exterminate the Jewish race – was put into action in 1942. This was the beginning of the use of gas chambers, and at their peak thousands of people were murdered each day. Children were usually murdered upon arrival in the camps, with around one and a half million Jewish children killed by the Nazis.

It wasn’t just Jews who were murdered in the death camps, and along the walkway of the Holocaust Memorial are reminders of this, with facts engraved into the granite.

At the end of the walkway, another panel provides a further reminder of this in the famous words of Martin Niemoeller. Niemoellor was a Lutherian pastor, who at first supported the Nazis but later spoke out against them and was imprisoned in a concentration camp. The quote (in the photograph below) expresses the regret he felt at his earlier attitude, serves as a reminder to us all that silence in the face of another’s oppression is not in our own best interests, and invites us to think about our own prejudices.

The Words of Pastor Martin Niemoeller

The six towers of spirit

The Power of the Human Spirit

The New England Holocaust Memorial in Boston is not just a record of the atrocities of World War II; along the walkway it also records some of the heroic acts carried out to protect Jews and others. For example, when the Nazis invaded Denmark, the Danish people ferried almost 8000 Jews to safety in neutral Sweden, and 99% of Denmark’s Jews survived the war. When Stanley Saitowitz submitted his design to the Memorial competition he included a poetic vision of how these six towers could be interpreted, and as well as: “six towers for six million Jews”, he also suggested: “six towers of spirit.”

Many years ago I visited the Dachau Concentration Camp Memorial Site, and more recently I read Viktor Frankl’s astonishing book, Man’s Search For Meaning, in which he writes about his experiences as a concentration camp prisoner. What these have in common with the Boston Holocaust Memorial is something very hard to put into words – at first there is shock and horror at the appalling cruelties of which humans are capable, and then, slowly another feeling emerges: amazement, admiration, awe at the astonishing resilience, strength and power of the human spirit.

I can think of no better words to end this article than those of Elie Wiesel, the Holocaust survivor and author who dedicated the Boston Holocaust Memorial at its opening in October 1995:

We must look for hope. There is a marvelous saying by a great Hasidic master: ‘If you look for the spark, you will find it in the ashes.’

Listen to Viktor Frankl explain why he believes in others. 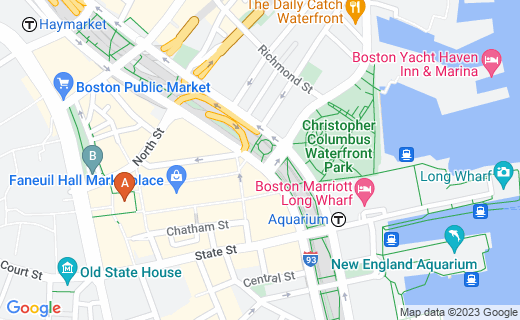 How to get to the Holocaust Memorial

The Holocaust Memorial is close to several of Boston’s major attractions including the Aquarium, Boston City Hall and Quincy Market. It is on the Freedom Trail, along which you can walk to find many of the city’s historical landmarks.

The map above shows the general area, while the map below covers the area between Quincy Market and the Memorial in more detail. The Memorial is towards the north end of Union Street Park II, which runs alongside Congress street. On the map below you can see the path of the Freedom Trail through Union Street Park II, and the markings on that path towards the top of the park indicate the Holocaust Memorial.

The nearest subway stations are State Street or Haymarket on the Orange Line or Government Center on the Green Line. It is a short walk from any of those stations.

The area around the Holocaust Memorial in more detail 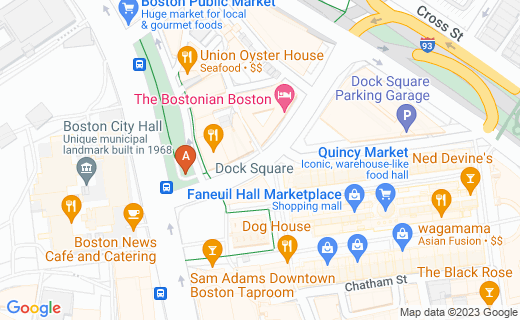 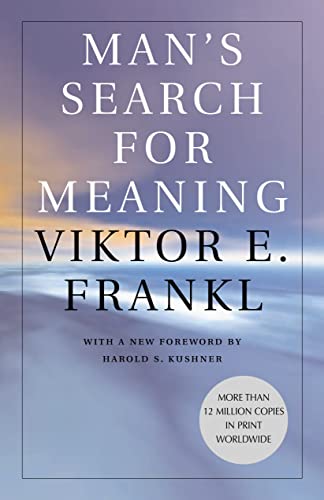 Man's Search for Meaning
Frankl was a survivor of four concentration camps, including Auschwitz. He was also a psychiatrist who went on to develop a logo-therapy. This book is both a memoir of his time in the camps, and an explanation of the theory he developed.
Buy Now

With Thanks to J.S. Matthew, whose Hub "Why Does America Love War? Review of "Addicted To War", by Joel Andreas" inspired me to write this article.

To my friend Pam Bennett for providing photographs from her recent trip to Boston.