The Weather is a National Obsession

Michael is interested in life's little oddities and finds writing helps him to understand the world around him.

Why weather changes in the British Isles

It is often said, that the funny thing about Britain, is that we don't really have a climate as such. We have weather.

A climate is defined as:-

1 The weather conditions prevailing in an area in general or over a long period.

Some people live in the tropics, others live in rain forests or deserts. The British live in what can only be described as a changeable environment. It is our national pastime and obsession to talk about it incessantly. 'What's the weather looking like for tomorrow'? is a common question, and so very difficult to answer, because of our location on the planet, makes it so changeable.

You could say we are a nation obsessed with the weather. In fact it is the topic of a least 3 conversations daily.

Changes in the Weather

The UK seasons are dominated by our location on the planet, near the top of the northern hemisphere.

We do have four distinct seasons, but these do seem to change position on the calendar occasionally. We can have freezing rain in the middle of summer.

The British Isles, are in the right spot for extraordinary weather events. From the almost tropical beaches of the Channel Islands, to the snow covered peaks, that allow you to Ski in Scotland. There is weather to suit everyone's taste.

The BBC radio weather forecast for shipping is always a hoot. When you are a landlubber.

Where are these places and who cares? Well the fishermen in the North Sea for one care, and they may just get a chance to sail for a safe harbour if they get the warnings in time.

Mainland Britain, is just one British Isle, in a group of 6000 islands, in an [archipelago] in north-western Europe. The biggest islands are, Britain and Ireland.

With the outer Hebrides to the north of Scotland, to the Channel Islands* in the extreme south, off the coast of France. (*although geographically not part of the [archipelago], it is definitely British)

Some of these British isles are little more than the stubby peaks of undersea mountains and are just a few yards across, whilst others like the Isle of Man are big enough to support their own populations, and even their own governments.

Collectively this archipelago, is the British Isles. As islanders we have lived off and from the sea for thousands of years. This may explain why we are so obsessed with the weather. If you are making your living on such a changeable elemental force as the sea, you are going to be interested in the weather.

Whilst it is true that most of us no longer make our living from the sea. The obsession persists and we still have to make a living. We need to get around and when the weather stops us doing that we get very irritated.

In the Country that Invented Railways

We have a railway system that is second to none (mostly) in the world and yet every year with clockwork precision; a leaf will fall onto the railway line and the whole system comes to a dead halt.

The British then go into their annual mantra:-

'what is the matter with this country, why can't we sort these things out once and for all. We are sick of hearing that the wrong kind of snow has fallen and that the roads are impassable' Source:- Joe & Josephine Public.

And two days later, when it has all thawed and the leaves have been swept away. We all go back to our normal routines and forget about the whole thing, until next year. When it all starts again.

UK Seasons affected by location. Near the top of the Northern Hemispere 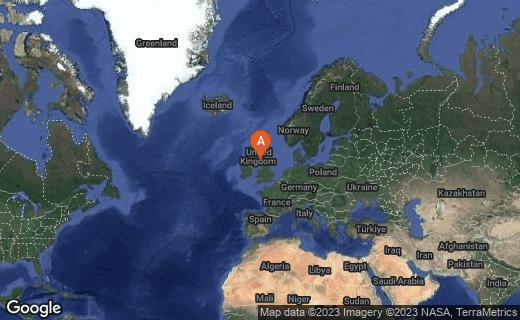 [Archipelago] of The British Isles 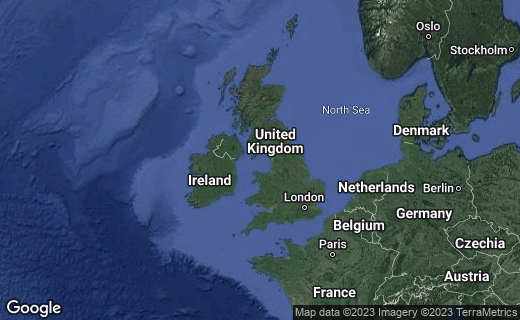 Map of the British Isles 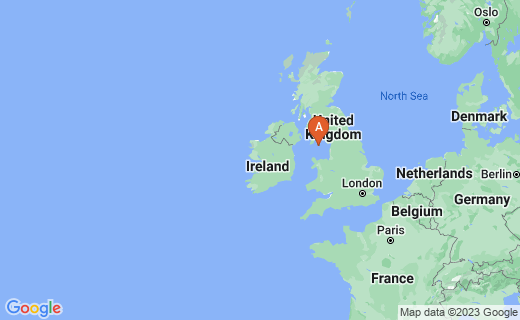 Is the Weather Changing

Now I can see the sense of not spending huge amounts of money on snow clearing equipment that is going to be used at best, for just a couple of days in the year.

Financially and from a business perspective this is a very wasteful use of resources? So we don't and every year we have the same results. Chaos!

When someone somewhere finally sits down and adds up how much money has been lost due to people not being able to get to work, or the number of flights cancelled daily.

Not to mention the loss of life and the cost to insurers (and us) for smashed up vehicles. Maybe things will change? I doubt it though. It is such a great conversation starter.

There is a saying here. 'If you don't like the weather, stick around'!

Our location on the planet, means that we are in a quite unique position to get our weather from several different directions all at once. It leads to some peculiar weather events.

We get the biting Northern Siberian Wind from the Arctic Circle that flies across the flat fenland of East Anglia and freezes everything in it's path.

The warm sea and air from the equator is delivered to our shores courtesy of the North Atlantic Drift conveyor current. This raises the temperature to around 11 °C (20 °F)*

We have palm trees growing in Cornwall (think Fawlty Towers) Torquay, is the British equivalent to the French Riviera.

These two main air currents. Cold air from the North and warm air from the equator hit landfall just where the British Isles are located.

Add to this mix the 450 km per hour jet stream that also crosses Britain and you have all the makings of a first rate weather cocktail.

Hurricanes are very common in Britain, although most people do not notice them, as they rarely make landfall. But when they do, they make a real mess. Check out the video below. We have even had snow in London on a summers day.

It seems every year that we get caught out with the snow. Why is that?

Considering that we live in more or less the same region as Norway and Sweden and that they have huge snowfalls every year. We seem to get off fairly lightly and consequently we do not invest in the right equipment to deal with heavy snow when it does come.

When the snow falls the airports close, trains grind to a halt and the roads become a skating rink. The great thing about the British driver is that they believe, that as long as they are tucked up nicely in their warm cars and trucks, that everything is fine.

They still barrel along the roads as if there is no danger. When they crash as they often do, they look bemused into the cameras of the news crews that have been sitting waiting to catch the idiots on film, for our entertainment.

A policeman will give the annual warning. 'If your car journey is not essential then please stay off the roads!'

While In the background of the camera shot, people are picking up there kids from school in huge off road vehicles? Statistically and as a matter of government policy, British children live or are supposed to live within a 5 -10 minute walk from their school. Do they really need to be picked up by car.

Climate change seems to be on everyone's mind. In Britain it is quite a hot topic as it appears that if global warming continues. Britain will have warmer weather.

Climate is the average weather that has happened over the last 30 year period. In reality Britain's 'climate' is moderate. Good for growing crops and livestock.

The extremes are so rare that when we do have extreme heat or cold we cannot cope with it.

When the sun comes out everyone strips off and immediately get sun burnt. They walk around looking like burns victims. Which is in fact, what they are.

'There is no such thing as bad weather, just the wrong clothing'.

Britain's weather is set to remain changeable into the future, unless the world stops spinning.

Are You Prepared For Winter

So what is the best thing to do if you get caught in unpredictable weather. Your survival skills are obvious.

If It's cold and wet wrap up warm and avoid unnecessary travel. Stay Indoors and put on extra layers of clothing rather than cranking up the heating. Make sure you have plenty of non perishable foodstuff. Canned goods, rice, pasta etc. Long life milk.

These cold snaps do not usually last long in the UK. Sometimes however they can last for a few weeks.

Be prepared and stock up on things that you may need. Get some candles in case of power failures. If you decide to try your hand at mountaineering, make sure you tell someone where you are going, and when to expect you back.

Many people get caught out every year, in Britain's mountain regions, as the weather can change very rapidly. The strong wind chill factor can make temperatures plummet in minutes. The wind can turn what was a pleasant walk in the sunshine into a battle for survival in sub zero conditions.

People just do not think that the weather can be so deadly in Britain. It can and you should be properly prepared if you want to visit the mountains

Alternatively in strong sunshine wear sunscreen factor 50 at least. Wear a hat and avoid going out in direct sunlight during 11am to 3 pm while the sun is at it's zenith.

In Britain, as soon as the sun comes out, many people are so desperate to get a tan, that they just strip right off and expose themselves to high doses of UV radiation, and the subsequent sunburns They then wonder why they are red raw and sore.

We have a word here. Tanorexic. It describes some people that just want to look orange all year, either chemically or via the sun. They want to be tanned, even if it means skin cancer. Not exactly the healthy glow advocated by Coco Chanel back in the 1930s

Britain's changeable weather does affect our moods and behaviours. Painting yourself orange may help some people. Who knows. Looks like rain!