There I was lathering myself (careful!) and luxuriating in the pleasant smelling foam of the modern soap. As the bubbles swirled around and drifted off in the water droplets, I began to wonder about the history of soap. Such is the effect of the uncommon history of common things topic, I can’t be anywhere without contemplating the ‘history’ of every darn thing, it's like a virus. And I am infected.

So I succumbed to temptation one more time and decided to illuminate myself and in the process, you readers on the history and science of soap. It is a common enough item in our lives, and if it isn’t, dear reader, please move away a little. Don’t be like the French aristocrats who masked their pong with layers of perfume and talc, for, unless it is washed away with soap, dirt stays on the skin!

Who can live without soap? Much as we like the water as a universal solvent and purifier, without the power of soap it cannot remove the skin oils that trap dirt. Despite all claims to the contrary, without soap, water really can’t clean out skin or any surface of oily dirt. This is because of the basic scientific fact that oil is not water soluble.

Soap is a salt of a fatty acid – to put it simply. It is created by the resultant chemical reaction between a plant or animal fat (that consists of fatty acids) with an alkaline metal salt ( such as sodium or potassium hydroxide). The end product is a soap salt and glycerol.

Soaps are mainly mixtures of sodium (soda) or potassium (potash) salts of fatty acids which can be derived from oils or fats by reacting them with an alkali (such as sodium or potassium hydroxide) at 80°–100 °C in a process known as saponification.

Historically, the alkali used was potassium made from the deliberate burning of vegetation such as bracken, or from wood ashes. The fat was from animals(tallow) or from natural plant oils such as olive oil.

Although we use the name soap freely, several current household products are actually detergents rather than soaps.

The History of Soap

The Egyptians, known for their bathing rituals, were known to bathe in a combination of plant oils and burnt wood ash creating a soapy substance.

It is Pliny the Elder, the compulsive historian, who mentions the word sapo ( Latin for soap) in his work Historia Naturalis. He hints that the Celts and other Germanic tribes used animal tallow and mixed it with ash to use the resultant substance as a kind of ancient brylcreem on their hair.

The wise Galen, the ancient physician/anatomist actually prescribes using soap to wash away the impurities and mentions its manufacture using lye and oils.

There is an apocryphal Roman tale that the Animal sacrifices on top of Mt Sapo near the river Tiber along with the burnt wood washed up in the river Tiber. This allegedly created a combination of soapy water and meant that the Romans could bathe and wash their clothes.

This is perhaps not true as there is no record of a Mount Sapo in any historical texts and the Romans didn’t really burn the animal sacrifices in full, saving the fatty entrails to themselves and leaving only skin and bones. 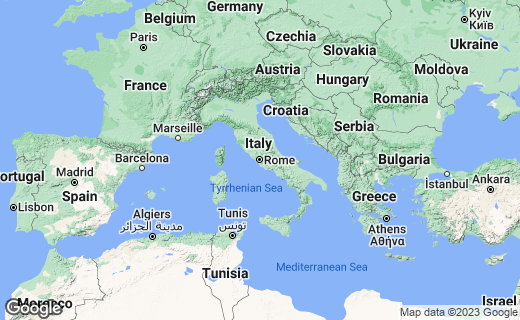 From here soap making spread across the Arabic world during the advent of alchemy. The Persian Chemist ( he wrote over 180 books!) Al Razi mentions the recipe for manufacturing soap. By this time the crude animal tallow has been replaced by sweet vegetable oils such as olive oil and sesame oil., creating a much pleasanter product. The Middle eastern pharmacists added sweet smelling perfumes as far back as 7th century Ad in Basra and Nafu s.

From the 13th century onwards hard soap was regularly imported across the alps into Italy and rest of Europe.

Even back in 1500s the world was a smelly place. People rarely took baths and if they did it was an annual ritual. Even though soap was being manufactured in Europe since the 12th century it was very much a luxury item due to the heavy taxation. It’s only since the tax was repealed in 1853, soap soon became a household item affordable by the masses.

From the 15th century, There were soap making centres in Marseilles , Toulon and Hyères mostly parts of provence. This was presumably due to the pleasant weather that yielded high quality olive oil that was used in the soap making. Although the oil was extracted well the method of extracting lye was still crude.

For this reason soap making as laborious and often needed huge vats to boil ingredients together.

In 1790 the French Chemist Nicholas Leblanc devised a way of extracting sodium hydroxide from common salt and made soap making a whole lot easier. This lead to a clear chemical formula created by Eugene-Michel Chevreul on the process of soap making.

As the Latin term used by Pliny the elder was sapo, this process was rightly named ‘saponification’.

Manufacturing soon spread to London and across Europe and still remained small scale until the Industrial revolution. The giants of soap making industry emerged from London in the late 18th century.

Andrew Pears who manufactured the transparent Pears Soap, The Lever Brothers William and James from Warrington who went on to form one of the largest soap making industry from humble beginnings in Warrington, UK in 1885. Now their company is called Unilever.

The first patent issued in the United States was for a soapmaking ingredient. In 1790, Samuel Hopkins was issued a patent for "making pot(ash) and pearlashes". These could be combined with Tallow to make soap.

In America Benjamin Babbit started marketing detergents and soap bars. He pioneered the marketing strategy of giving sample bars and powders to try first.Soon the industry capitalised on the concept of hygiene and cleanliness, marketed heavily using advertising and the billions of pounds worth of soap making industry was born!

The Science of Soap

The science of soap is a fascinating one. The salt of a fatty acid looks a bit like a sperm ( sorry) it has a head and a tail. The head is called hydrophilic ( or water loving) and the tail is hydrophobic ( water hating) but lipophilic (oil loving) . The soap molecule is indeed bi-sexual!

When they congregate together the water loving heads conjoin to form a spherical surface while the water hating/oil loving tails touch any oil /dirt/ grime that may be attached to the surface they are cleansing. This spherical structure is called a Micelle. See the diagram of how a Micelle looks like.

As the water agitates ( as we wash) these micelles that have effectively trapped the oily dirt are washed away. See the video for a graphical explanation of how we wash the dirt off fabrics and our skin.

In handmade soaps excess oil and plant fat is used in order to keep the content moist. The resultant glycerol is also left behind thus giving that moisturising and slightly greasy feel.

Sand, pumice or other hard particles can be added for the scouring or exfoliant effect that helps remove dead skinparticles.

Metal dust such a s titanium or other metals are sued to produce the shine and pearlescent effect creating ‘white’ soap.

The modern antibacterial effect in soaps is achieved by using nanoparticles of nickel, aluminium or silver . these have the effect of robbing bacterial surfaces off their electrons and disrupting their capsules and effectively killing them off.

The mass marketing of soap using Magazine advertising began and era of mass productions and high profits. The term ‘soap opera’ comes from the fact that earliest Radio serials that were broadcast in the afternoon and was largely listened to by women were sponsored by sap manufacturers like Procter & Gamble and Lever Bros.

This tradition carried on into day time ‘soap opera’s in TV.

The TV advertising for soaps that involved beautiful Hollywood stars commenced the era of using celebrities to market cosmetic products. The series of advertisiements for Lux soap involved a bevy of Hollywood beauties such as Kim Novak , Ava Gardner , Debbie Reynolds etc.

The Pears campaign used the ‘Pears Baby’ and the Fairy soap used a little girl and her mother for attracting consumers.

Now worldwide, soap advertising has taken off wildly using catchy slogans and eco-friendly messages such s the Dove campaign. In fact the campaign for Dove soap has used the mantra of ‘more cream, more moisturising’ since 1957!

Of all the modern day manufacturers, I love the Green ethos of Lush soaps. Their handmade soaps are innovative, attractive and immensely usable. They also avoid using wrappers and display their wares freely to touch ,smell and feel.

The Lush brand is spreading worldwide. Their recent ‘Ask me why I am naked’ campaign stressed the importance of how much energy is saved by not using wrappers for each soap bar sold.