The Calabrian Insurrection: Prelude to the Peninsular War

By 1804 Napoleon Bonaparte had ascended to the throne of France as a result of his military prowess. As First Consul of France he had secured a series of alliances and client states that gave him control of much of Western Europe, but for Napoleon this was not enough.

Napoleon sought to embed his family and their name in to the very fabric of Europe. To achieve this he married an Austrian princess. He also began to replace the French client states, which had been created as sister republics, with client kingdoms headed by his family. While some of his family members were effective rulers, others were not so. Joseph Bonaparte was the least competent member of the Bonaparte family to take a throne and yet he was to be given one of the greatest thrones in Europe, even after his first failure.

The Kingdom of Two Sicilies

At the turn of the 19th century the king of Naples and Sicily was Ferdinand, generally known as Ferdinand I, but also III (in Sicily) and IV (in Naples.) Ferdinand ruled as a dual monarch from his capital at Naples, in the Kingdom of Naples, but he also had a capital in The Kingdom of Sicily, the city of Palermo. Ferdinand I was a Bourbon monarch and as such was related to the deposed kings of France and the Emperor of Austria. When Napoleon went to war in Europe, Ferdinand was compelled to join the Coalition against Napoleon.

The Subjugation of Italy

In 1803 the Great Powers of Europe formed the Third Coalition against Napoleon. Sweden, the Russian Empire, the Holy Roman Empire, the United Kingdom, Portugal, the Kingdom of Naples and the Kingdom of Sicily assembled their armies in an attempt to squash France because Napoleon claimed the Iron Crown of Lombardy, essentially making himself king of the northern Italian cities.

At the Battle of Austerlitz Napoleon crushed the allied armies and drove them from northern Italy. He then sent his brother, Joseph Bonaparte, and Marshal Massena to destroy the Neopolitan Army of Ferdinand I. When Massena marched in to Naples Ferdinand fled to Sicily to avoid capture. Without their king Naples was thrown in to chaos. The city of Naples was lost to the French, and only two forts were able to hold out against the French army.

Massena split his forces between the two forts. Joseph Bonaparte was crowned king of Naples in March 1806. Under Bonaparte's command his army marched south in to Calabria, under General Jean Reynier. Due to Bonaprte's incompetence they were under-supplied and had to live off the land. When Reynier took food from the local populace the Calabrians revolted. 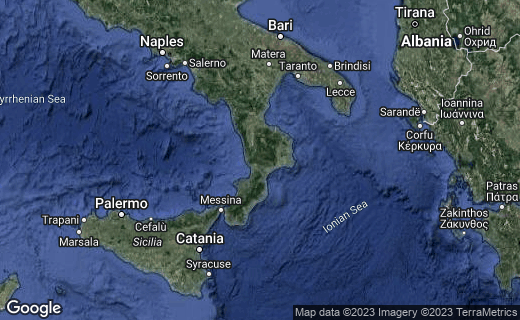 General Reynier sparked a vicious guerrilla war when he seized materials from the peasants of Calabria. Calabria was a Greek speaking area of southern Italy, and the peasantry were considered extremely loyal to their exiled king, Ferdinand I. Calabrian rebels ambushed soldiers, stole supplies, and generally raised havoc throughout southern Italy.

The United Kingdom of Great Britain saw an opportunity to drive the French out of Italy and sent an expeditionary force to aid the rebellion. With the fortress city of Gaeta still holding out north of Naples General Reynier was unsupported and slowly being overwhelmed. Unfortunately for the Neopolitans the British were unable to make a decisive strike, and the city of Gaeta fell to Marshall Messana who then moved his army south.

The French forces carried out a policy of mass terror against the Calabrians to end the guerrilla war. Without outside support, and swamped by French troops the Calabrian insurrection was put down in 1807.

After the Calabrian Insurrection was put down Joseph reigned in Naples, but was unable to seize Sicily due to the presence of the British navy. In 1808 Joseph was made King of Spain and left Naples. In Spain Joseph found an angry populace who were unhappy with losing their own king. Spain was much larger and the British deployed a far large expeditionary force to aid the Spaniards than they did the Calabrians. Spain would become an ulcer on the French Empire, consuming almost a half million of Napoleons soldiers and supplies at a time when Napoleon direly needed them.