How Does a Glucose Meter Work?

A glucose meter is one of the most important devices used by diabetics to help them monitor and maintain their blood sugar level in the normal range as much as possible; which is 80 to 100 mg/dl for a fasting reading for a person 20 years or older. It is a wonderful device which was commercialized around the early 1960s has made a once tedious, laboratory measurement into an easy in-home and on the go measurement for all diabetics. Years ago anyone with diabetes often had to make a visit to a doctor’s office and a tube or two of blood would be drawn for this test. Then the patient would have to wait a while for the results. Thanks to this portable device an accurate reading of glucose level in the blood can be obtained in a few seconds from less than a drop of blood obtained by pricking your finger.

Glucose is a monosaccharide or simple sugar because it cannot be broken down any further by chemical reaction with water or in other words it cannot be be hydrolyzed to a simpler chemical. It simply dissolves in water when placed in it. Glucose is often called by the other name dextrose and it is the primary source of energy at the cellular level in animals. Nearly everything we eat is converted to glucose before our cells are able to use it or otherwise it will pass through our body as waste if it is not converted to glucose.

Glucose is a molecule packed with a lot of energy. One unit or molecule of glucose has six carbon atoms, twelve hydrogen atoms, and six oxygen atoms. Written in elemental notation it is C6H12O6 and when one molecule of glucose reacts with 6 molecules of O2 we breathed in; the reaction produces about 683 kilocalories of energy. That is a lot of energy from one molecule. Here is the reaction written chemically:

This is one of the reasons why glucose is the primary source of energy for animals. This process is called the oxidation of glucose and is the first in a series of complex, biochemical steps that occurs at the cellular level to release energy into our system to keep us alive. However, before the cells can use any of the glucose molecules circulating in our blood insulin must be present in the blood to move the glucose molecules into the interior of the cells were this energy conversion process can begin. 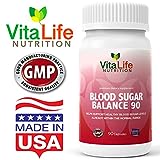 How Does A Glucose Meter Detects Glucose?

There are several ways to detect dissolved glucose or glucose in a liquid or blood in this case. The most popular way to detect glucose under clinical settings is to use a chemical method called the glucose oxidase assay method. This method involves the reaction of an enzyme called glucose oxidase-peroxidase which reacts with glucose in a solution to form a colored molecule. This solution becomes yellow in color in the presence of glucose.

In the portable glucose meters commonly used by someone with diabetes, a different method is used to detect glucose in capillary whole blood. Glucose meters measure glucose in blood using an electrochemical method. Again the enzyme glucose-peroxidase is involved in the reaction but different chemicals are used to get the results versus the chemicals used in clinical laboratory since glucose measurement is performed in the presence of blood.

The test is performed by placing a drop or less of blood on a strip, which is basically several layers of paper impregnated with a different chemical on each layer. The strip is inserted in the glucose meter. The blood mixes and reacts with the glucose-peroxidase enzyme embedded in the test strip. This initial reaction produces two chemicals called gluconic acid and hydrogen peroxide, the solution you have in your medicine cabinet to kill bacteria in wounds. Next the gluconic acid reacts with ferricyanide to produce ferrocyanide. The amount of ferrocyanide produced is directly proportional to the concentration of glucose present in the blood sample and it affects the strength of current reaching the sensor in the meter from the electrodes in the strip. The strength of the current is then converted into the amount of glucose present in the blood as mg of glucose per deciliter of whole blood.

However, the concentration of glucose in whole blood as measured by the glucose meter is approximately 10 to 15 percent higher than the concentration of glucose in serum. Glucose levels are higher in whole blood because glucose molecules tend to bind to red blood cells when sugar levels are too high forming glycohemoglobin (glucose + hemoglobin), hence, the reason doctors often request a H1Ac test, sometimes called HbA1c test during routine blood test for diabetics. This test is performed to measure the average level of blood sugar in a diabetic patient over the last three months. It is an indication of how well or badly a diabetic person kept his or her blood sugar under control in the last three months. The normal range for non-diabetics is between 4% to 5.6% and the recommended level for people with diabetes is less than 7% which is an indication of a well-managed blood sugar level.

As all diabetics know, taking frequent readings of their blood sugar comes with a price. Their finger must be pricked to obtain that drop of blood for their glucose meters and over time it does become painful. However, there are alternative chemical methods currently in development for measuring blood sugar levels with a portable glucose meter.

For example, in Israel PositiveID Corporation is developing a glucose meter that measures the level of glucose in your blood non-invasively by measuring the level of acetone in your breath. You just simply breath into a capsule inside the device. No test strip is involved. The device works on the simple fact that everyone breathes out acetone but people with higher levels of blood sugar expire higher levels of acetone in their breath. In other words, the amount of acetone in your breath is directly proportional to the amount of sugar in your blood.

The level of acetone goes up when your sugar level is high because there is no insulin to move the glucose to the cells for energy. Our liver responses by breaking down fatty acids and fat tissues to get us this life-sustaining energy and as a result ketones, like acetone, are formed as byproducts. This is the acetone or fruity odor we smell from the breath of people with diabetes when their sugar level is too high. This life threatening condition is called diabetic ketoacidosis (DK) because there is higher level of ketones in the blood and at the same time the blood is on the acidic side.

Finally, there is another type of non-invasive glucose meter in development by several developers using near-infrared light as a mean for detecting glucose in the blood. The device works on the physical property that chemicals in general have characteristic absorption patterns when they are exposed to certain wavelengths of light, infrared light in this case. Each chemical has a unique absorption pattern. They absorb and reflect light based on their chemical structure.

If these two examples of non-invasive glucose meters reach commercialization in the future, they will greatly reduce the agony of taking blood glucose readings for many diabetics.