Back in 260 B.C, in Ancient China, a man named Ying Zheng was born into the Qin Dynasty. This was a time of chaos and danger in China, where the land was divided into feudal states, which is why it is known as the "Warring States Period". His father, Zichu, was a prince of the Royal house of Qin. After many adventures of his own, he managed to ascend the throne of Qin with the help of a rich merchant called Lu Buwei, who became chancellor of Qin.

By 247 B.C at the age of thirteen, Ying Zheng became king under a regent, until he took control of the palace in 238 B.C at the age of 21, assuming full power of the state. With his army, he attacked and defeated the feudal states. When he defeated the last independent state in the land, the State of Qi in 221 B.C, he declared himself First Emperor of unified China, which is why he is known as Qin Shi Huang (First Emperor of China).

He had finally gained complete control of all China,

Building the Empire and the Terracotta Army

In an attempt to preserve unification, Qin Shi Huang passed a number of reforms including abolishing feudalism, and replaced the states with provinces ruled by governors. He is considered a phenomenal leader (as well as controversial) and undertook several big projects such as constructing an extensive network of roads and canals throughout the empire, as well as creating the first version of the Great Wall of China. He also standardized written language and currency.

He died in 210 B.C at the age of 50, but during the brief period of his rule, a subterranean compound around 20 square miles in size was constructed in preparation for his own death, which housed more than 8,000 individualized life size terracotta soldiers, horses and chariot sculptures. This army of terracotta was supposed to represent his real life army. It took a mere 700,000 men to construct, according to Chinese historian Sima Qian and many men died during the building process.

The figures varied in height, size, facial expressions, uniform, hair and weapons. It was, and still is, a testament to the amount of skill and labour involved as well as the sheer power the First Emperor possessed to enable him to undertake such a monumental project.

According to the historian Sima Qian, after the death and burial of Qin Shi Huang, the burial complex which housed the statues was raided, looted and burned by General Xiang Yu about five years after the death of the Emperor. The blaze lasted around three months, however despite the damage caused much of the army survived. They have also survived an earthquake and have thus defended their Emperor for over 2,000 years.

The site of the terracotta army was found in 1974 in Xian, China, when three local farmers were digging up wells and came across it by accident. Excavation in 1976 found new areas in the complex filled with many more statues. To date, around 8,000 statues have been recovered. The discovery has fascinated the world and is considered the 8th wonder of the ancient world.

The reason Qin Shi Huang had the terracotta army built was to protect the Emperor after his death and to help rule another empire... in the afterlife.

Jet Li as Qin Shi Huang in "The Mummy: Tomb of the Dragon Emperor"

The Mummy: Tomb of the Dragon Emperor
Buy Now

Buy one of these recommended books to learn more... 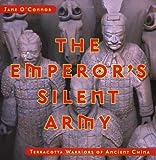 Who has been lucky enough to come face to face with these warriors?

Have you seen the Terracotta Army?

Thanks for reading. Would love to hear your comments...