The Cross-Cultural Meanings Behind Ancient Symbols

The Buffalo is a Symbol of Opportunity

Is there a particular symbol that means something important to you?

The Antelope - According to ancient Native American tradition, the antelope represents decisiveness, knowledge and quick thinking.

The Badger - The badger is a smart animal. The symbol of the badger represents the ability to see what is below the surface, identifying a person's inner truth. The badger is also a symbol for perseverance and aggressiveness.

The Beaver - A very powerful symbol, the beaver is the fulfiller of dreams. This animal aso symbolizes achievement, hard work, integrity, as well as a strong family life.

The Buffalo - The buffalo has long been recognized as a symbol of opportunity, abundance, prosperity, and the ability of the weak to overcome their shortcomings.

The Coyote - This animal most commonly found in the western part of the United States is believed to represent laughter and cleverness. The coyote is a trickster that is supposed to teach meaningful moral lessons through lighthearted humor.

The Fox - According to many traditions, the fox is a symbol with mystic abilities, including the ability to shapeshift and to become invisible. The fox symbolizes healing and protection.

The Horse - A strong animal that is extremely important to many cultures, the horse represents power, strength, freedom and travel. It is also believed that horses can symbolize clairevoyance.

The Moose - This large animal represents the retriever of the soul, believed to be a magical creature that promotes a good life, as well as a peaceful death.

The Rabbit - This quick moving creature is believed to represent creativity, and legend has it that the rabbit can inspire man to create new things.

The Sheep - A quiet animal, the sheep is a symbol of guidance, leadership and courage to act in a moral and ethical way, even in the face of difficulty.

The Mountain Lion is a Symbol of Protection and Courage

Do you believe that symbols convey power, the abilities to heal or other attributes?

The Cat Family (and Other Related Symbols)

The Deer - This graceful creature is believed to symbolize gentleness, innocence, unconditional love, and integrity.

The Elk - This graceful animal is believed to be highly spiritual and romantic. Legend has it that the elk can help a person find true love, as well as belief in a higher being.

The Jaguar - This quick moving member of the cat family is a symbol of protection. The jaguar is believed to be a protector of hunters.

The Lynx- This member of the cat family represents silence, secrets and security.

The Mountain Lion - The mountain lion is not an aggressive creature, as one may assume. This large, but nurturing creature has long symbolized protection, safe travel, courage and unity.

The Panther - This strong and quick animal has long been a symbol of power, strength and faith.

The Wolf - The wolf is believed to be a symbol of wisdom and loyalty.

The Bear and the Bear Paw

The Bear - The bear is an important symbol in many cultures; this animal represents courage, wisdom, strength, power, healing and protection.

The Bear Paw - Similar to the bear, the bear paw is a symbol of protection, but a much stronger symbol than the standard bear. The bear paw is believed to have healing powers and represents inner strength.

The Arrow and the Arrowhead

The Arrow - A symbol that dates back millions of years, the arrow is a representation of life. It is also supposed to serve as a bodyguard for humans who wear this symbol in one form or another.

The Arrowhead - An extremely important symbol to the Native American people, the arrowhead means a variety of different things depending on the particular tribe. Common meanings associated with the arrowhead include power, strength, discipline and focus.

The Dolphin is a Symbol of Freedom and Intelligence 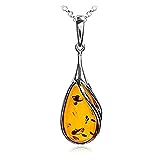 Birds (general) - Although specific birds typically have individual meanings, birds in general are believed to represent messengers between man and god.

The Crow - This bird is a symbol of change, evolution, and creation. It is also as symbol of a strong spirit.

The Crane - This graceful bird is symbolic of recovery, health, fertility and nurture.

The Hawk - This bird is believed to be a messenger of God, representing courage, compassion and swiftness.

The Raven - This dark bird is a symbol of wisdom and physical or spiritual transformation.

The Turkey - The turkey is a symbol of giving, unselfishness and generosity.

Butterflies - This beautiful creature is believed to be a carrier of dreams, symbolizing the female body and beauty.

The Whirlwind is a Strong and Sacred Native American Symbol

White Sage is a Sacred Herb Used to Protect the Home

Lightning - This strong force of nature is symbolic of power, healing and protection.

The Sky - The sky is believed to be a symbol of power and enlightenment. It is also the place where the spirit resides.

The Sun - In many cultures and tribes, the sun is considered the eye of god. The sun is the father of the universe.

A Rainbow - The beauty of the rainbow has been said to be symbolic of knowledge. It is a connector between earth and the heavens.

A Whirlwind - The whirlwind is a sacred symbol in the Native American culture. This image is believed to represent the anger and fury of the gods. One of the oldest symbols recognized by the Navajo Tribe, the whirlwind can also represent the difficult journey to find one's true self.

This is the Image of Kokopelli, an Ancient Navajo Legend

The Frog is a Symbol of Fertility

Spirits of the Earth - A Guide to Native American Nature Symbols, Stories, and Ceremonies

Spirits of the Earth: A Guide to Native American Nature Symbols, Stories, and Ceremonies
Buy Now

The Duck - Ducks are believed to be messengers to underwater people. They symbolize the rain.

The Dolphin - This majestic creature is a symbol of freedom and intelligence.

The Frog - The frog is another animal that happens to symbolize rain. This creature also represents fertility and healthy pregnancy.

The Lizard - This reptile is a symbol of dreams, and is believed to represent where the future lives/

The Snake - The snake, a reptile commonly feared by humans, is actually a very sacred creature, believed to be a guardian of humans. The snake is a healer.

The Spider Web - Though most people are not fans of spider webs, their symbolism consists of catching dreams and providing mystical protection and knowledge.

The Turtle - This small creature with a soft body and hard shell is symbolic for longeivity. The turtle is believed to represent Mother Earth and eternal life.