The Death of Margaret Tudor: No Will to Support Her Wishes

On October 18, 1541, Margaret Tudor died. She was the last daughter of Henry VII and Elizabeth of York to die and the only child left was her younger brother, King Henry VIII. Margaret didn’t expect to die when she did though, so she left no will. It meant that none of her wishes were upheld since her elder child, King James V of Scotland, had nothing written to inform him. 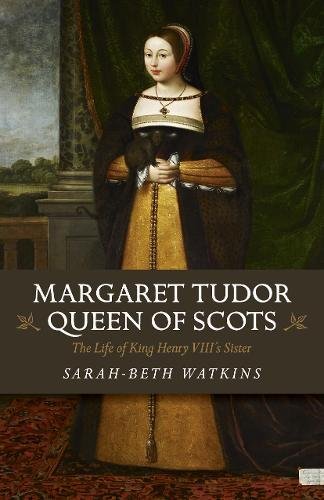 Margaret Tudor and Her Scandalous Life

Mary Tudor, the youngest of Henry VII’s surviving children, is often seen as the most scandalous. Mary married Charles Brandon in secret, causing Henry VIII to banish both from court. However, Margaret wasn’t far from scandal herself. She married three times. The first was to King James IV of Scotland and was something Henry VII had planned for her. James died on the battlefield at Flodden in 1513, leaving a pregnant widow. They had one child who reached adulthood; the other five died in infancy (including the one that she was carrying at the time of his death).

Margaret didn’t wait long until she married for a second time. This time it was to Archibald Douglas, 6th Earl of Angus. At this time, Margaret had been regent for her son but she lost that due to the terms of James VI’s will. Margaret tried to fight it, wanting to at least care for her sons—Alexander had been born and lived for a year—but she eventually gave in.

Her second marriage led to one child—a daughter—named Margaret. Margaret Douglas was born in England after Henry VIII’s sister fled to him for safety. Margaret Douglas did become the Countess of Lennox and was the mother of Henry Stuart, who would later marry Mary, Queen of Scots, the daughter of James V.

When Margaret returned to Scotland, it was not on the best of terms with her husband. Eventually she hinted to her brother that she wanted a divorce. That would seem very easy, knowing that Henry VIII broke from the Roman Catholic church to gain his own divorce. However, this was in 1516. Henry VIII hadn’t started on his quest for a divorce from Catherine of Aragon and didn’t support his sister’s decision.

The Scottish dowager queen had friends in the right places. It led to the Pope granting her a divorce in 1527. She didn’t hear about it until a year later though and then planned to marry for a third time. Henry VIII warned her that marriage was divinely ordained and that the sentence sent from Rome was shameful. At this time, he did start looking into his own marriage and was attempting to gain a divorce. He didn’t get that “shameful sentence” and it caused him to break from Rome.

Margaret wasn’t quite as scandalous as her younger sister but she did cause some problems for Henry VIII.

Do you think there was something else behind James V's and Mary's sons dying?

Margaret Tudor and Mary of Guise

It isn’t clear what Margaret thought of her son’s first wife, Madeleine of Valois. The young Queen Consort of Scotland didn’t live long and died of tuberculosis.

Margaret Tudor finally became a mother-in-law again in 1538, when James V married Mary of Guise. This was a marriage that the Tudor woman could accept. Both had Roman Catholic views and an understanding of each other.

It was because of Mary that Margaret became a major figure back at Court. Margaret had taken time away from the Scottish court after all the trouble with her two marriages—after all, she’d fled to England on two occasions seeking her brother’s refuge.

Margaret was privileged to be around for two of her grandsons. The first was born in May 22, 1540 and the second born April 12, 1541. However, both died eight days after the second one was born. Their causes of deaths aren’t recorded but there were beliefs that it was due to over-feeding and a change in wet-nurse. It does seem suspicious that both died on the same day.

However, Margaret never got to meet her third grandchild, Mary. Mary would later become the infamous Mary, Queen of Scots, and would be executed on the apparent orders of Margaret’s niece and Mary’s cousin, Elizabeth I of England.

The Sisters Of Henry VIII: The Tumultuous Lives Of Margaret Of Scotland And Mary Of France
Buy Now

The Death of Margaret Tudor

Margaret became ill with palsy on October 14, 1541. Nothing seemed out of the ordinary and she thought she would recover. Because of that, she never made a will. It also meant that none of her children were by her side. She did send for her son but he never reached her in time. She died of a stroke on October 18.

Before dying, she made it clear that she wanted her belongings to go to her daughter. It is possible that she knew the Countess of Lennox would get much more use out of the belongings than her son; not that she favoured one over the other. However, there was no will so it was not clear what her intentions were.

James V heard about her wishes but didn’t follow them. He chose to keep the belongings for himself. After the death of his mother, James also decided that there was no need to keep peace with England; something that the death of his father partially brought. Like his father, James died leaving an infant monarch: Mary Stewart, Queen of Scots. James didn’t quite die on the battlefield but his death was linked to the battle.

Her wishes for burial were not recorded. She was buried in Perth at the Cathusian Priory of St. John. This priory was demolished during the religious reformation in Scotland in 1559. A mob attacked the priory, destroyed her tomb and sadly burned her remains. She is the only child of Henry VII and Elizabeth of York to no longer have remains or a headstone left.