The Difference Between Articulation, Taxidermy, and Plastination

Articulation is the technique of cleaning, degreasing, bleaching, and assembling animal skeletons for preservation. Taxidermy is the three-dimensional reproduction of an animal. Plastination is the process used to preserve the entire anatomy including tissues of animals and humans. All three crafts require extensive, detailed, and precise workmanship.

Methods used to clean bones include burying them in water-logged soil to rot the flesh; boiling; soaking in chemicals as sodium perborate or ammonia-water solution; treating with enzymes; simmering with dermestid beetle larvae or treating with horse manure. A detailed account of cleaning with the larvae is as follows: Corrugated cardboard or some other material to accommodate pupation is laid inside a container with a lid. After the animal’s skin, organs, excess flesh, and other tissues, have been removed; it is place on the cardboard. The beetle larvae are then added and the lid is closed tightly. The container is placed in a warm, dark area and frequently checked. Once the bones are clean, any remaining larvae are killed by putting the bones in a freezer at a temperature of minus 18 to 20 degrees for three days or burning with heat.

The next step is degreasing. A common method is to soak the bones in a solution of equal parts water and ammonia. The solution is changed until it no longer looks discolored. The bones are then rinsed with warm water and dried for a few days before checking again for oils or grease. If any is found, the process is repeated. Some specimens as birds tend to have greasier bones.

Bleaching the specimen for whiteness is next. A popular technique is soaking the bones in hydrogen peroxide –the pharmacy kind- for about one week. The chemical is also changed frequently, if necessary. At this juncture, the bones should look pristine and ready for the final step: articulation.

Bones are assembled with wires, steel rods, needles, pins, glue, and so on in a manner that reflects the animal’s natural stance and posture. The entire procedure from cleaning to articulation could take more than 100 hours depending on the animal’s size, age, and necessary work. A mid-sized animal takes about one week.

The word, taxidermy is derived from the ancient Greek words: taxis –meaning movement, and derma –meaning skin. The process evolved from the early days when humans began to hunt. They soon realized that the skins of their catch could be preserved and used for shelter and clothing. Later, ancient Egyptians mummified their dead to preservethe body’s journey into the afterlife. In Peru, Incas proudly wore the shrunken heads of their victims as pendants. The Middle Ages saw the demand for animal preservation grow. It came from all walks of life and for different reasons. Some were for spiritual or medicinal. Others were for hobby or prestige and status. By the 1800s, hunters were taking their skins from the new tanning industry to the newer upholstery manufacturers who would stuff them with leftover pieces of cloth and other materialbefore sewing. Hence the term “stuffed animal.”

Leading 20th century taxidermists, Carl E. Akeley and Coleman Jonas among others developed modern techniques of detailed recreations which included the animal’s muscularity and blood vessels, then mounting it with a stance that was authentic to the species. The specimen is either partially or completely reproduced with man-made materials. In partial recreations, as they are called, natural skin, fur, feathers, scales, and antlers, if present, are preserved and mounted over a man-made framework.

These craftsmen used a variety of methods to fuse science with art. They included tanning, woodworking, molding, casting, sculpting, drawing, and painting. A modern mount takes nine to twelve months to complete depending on the specimen’s size and requirements. A moose mannequin for instance, would have its real skin and antlers; eyes of glass; eyelids of clay or putty; nose, mouth, and such tissues of wax; veins and tendons of polyurethane foam, and fiberglass to keep its ears upright.

Fats and water are removed from the body and its organs and replaced with a plastic solution such as polyester, silicone or epoxy. The solution preserves the body forever while maintaining its natural integrity; appearance, and shape. The process was developed by Dr. Gunther von Hagens in 1977 as a result of his work at the Anatomical Institute of Heidelberg University, Germany. Von Hagens was searching for a way to improve the durability of renal tissues. He patented his techniques and created his own company, BIODUR, to market them.

In 1993, the doctor established the Institute for Plastination at Heidelberg. In 1995, the Japanese Anatomical Society invited him to participate in an exhibition at Tokyo’s National Science Museum. This led to his own series of worldwide exhibitions called Body Worlds. Each new exhibit showed improvement and growth in the way the specimens were presented. By Body World four, they appeared more lifelike and less morbid.

Basic plastination involves a number of steps. First, the whole body or parts (depending on size, age, and length of post mortem) is embalmed with formaldehyde or Kaiserling-I solution which, according to the article: “A Brief Review on the History, Methods and Applications of Plastination” by Shahyar Pashaei, International Journal of Morphology, 2010, is a mixture of deionized water, formalin, potassium acetate, and potassium nitrate. It is then cautiously immersed in a frozen acetone bath to replace the water in the cells. Finally, the specimen(s) is submerged in polymer and placed in an oven for at least five weeks until it is hardened and fully cured. Some prefer to use gas or ultra violet light instead. If the specimen was cut into parts, the final step would be smoothing out the severed ends by grinding.

There are other types of plastination. Sheet plastination, for instance, is used for tissues, organs, and extremities. Body parts are sliced 1/2 to 1/3-inch thick; processed and impregnated with epoxy or polyester resin; encased in clear plastic sheets; cured in a flat chamber; and encased in more resin. A newer technique, light plastination, was created to decrease the use of the expensive resin in heavy body parts. Xylene and silicone are used instead. These types of plastination provide better specimens for teaching medical students and for research.

Depending on where in the world you reside and on what species you are working, the three interesting crafts may require formal education and licenses. Good specimens are sought after by the scientific, medical, and teaching communities, museums, zoos, all variety of businesses, and private collectors. 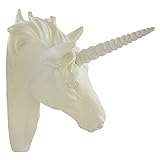 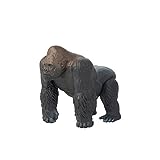