The Elephant of the Bastille

Those who’ve been watching Tom Hooper’s Les Misérables may be wondering what the deal is with the elephant Gavroche pops out of when he makes his entrance. This is in fact a legitimate French landmark from the early 19th century and, although it was destroyed more than 100 years ago, it has a long history – none of it glamorous.

The Elephant of the Bastille was a 78 foot high statue surrounded by a pool of water placed on the site of the former Bastille prison. The statue was the brainchild of Napoleon (1769-1821), who wanted it to be a colossal monument to his military victories.

Construction began in 1810 but came to a halt two years later when chief architect Jacques Cellerier (1742-1814) was called away to oversee the construction of yet another of Napoleon’s projects: the Palais des Archives

It is worth noting this project came to naught because of Cellerier’s death in 1814 and Napoleon’s defeat at Waterloo one year later.

After the departure of Cellerier, the Elephant project was taken over by a man named Jean-Antoine Alavoine (1778-1834). Cellerier had concentrated on the foundation and the plumming; Alavoine saw to the construction of the statue. Napoleon’s idea was to have the statue made out of bronze melted down from captured military equipment. However, Alavoine created a statue made from wood and plaster, partly as a study for how the elephant would look and partly because finances were tight and there wasn’t enough bronze available. Alavoine’s plaster elephant was placed on the foundation in 1814, but he intended for it to be coated in bronze at the earliest possible date.

Unfortunately, nobody banked on Napoleon’s defeat in 1815. The unfinished Elephant of the Bastille decayed and remained an eyesore until it was demolished in 1846, much to the relief of the neighbors who had been suffering for more than 20 years from the rats and other vermin which had taken up residence inside the structure.

The Elephant of the Bastille was virtually the only monument which bore the names of both Jacques Cellerier and Jean-Antoine Alavoine. Alavoine went to his grave petitioning for the completion of the project. Indeed, demolition of the elephant was delayed because of flagging support for covering the statue with either bronze or iron. The continued economic and social upheaval in Paris, however, placed this project at the bottom of the list.

After the elephant itself was demolished, the foundation was used for the Colonne de Juillet or the “July Column”, built in honor of the July Revolution of 1830 (not to be confused with the 1832 June Rebellion portrayed in Les Misérables). Construction of this monument began even before the elephant statue was removed. The foundation was changed into a tomb which holds the bodies of more than 800 victims of various French uprisings and revolutions.

Oddly enough, the only written record of the Elephant of the Bastille is in Victor Hugo’s novel Les Misérables. There is a chapter in Part IV titled In Which the boy Gavroche Profits by the Great Napoleon. Hugo describes the disgusting state of the elephant (the date at this point being 1832) and that Gavroche has found a home after leaving the Thénardiers by living within the statue. Ironically, when the statue was placed on the foundation in 1814, there was in fact a guard living inside the elephant’s hollow legs. However, by the time of Les Misérables, nobody but Gavroche could have braved the vermin. 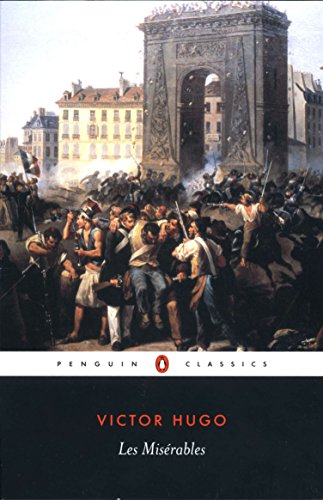