"The End of Tsarist Russia: The March to World War I and Revolution"

Larry Slawson received his master's degree at UNC Charlotte. He specializes in Russian and Ukrainian history.

Throughout historian Dominic Lieven's book, The End of Tsarist Russia: The March to World War I and Revolution, the author traces the origins of the Russian Revolution to the pre-WWI years, and asserts that a revolution was already in the making well before 1917 ever occurred. Specifically, Lieven asserts that the years prior to World War I were a time of great weakness for the tsarist regime. With uprisings in the Balkans, the rise of nationalist aspirations in the Ukraine, and the Tsar’s increasing inability to meet the demands of his people, Lieven asserts that WWI only made these problems far worse since it disrupted the diplomatic, political, social, and economic stability of the Russian Empire. In other words, Lieven makes the point that if WWI had not occurred, the Russian Empire might have survived longer, or remained fully intact. This analysis provides a rendition of the Russian Revolution and its origins that greatly builds upon existing interpretations which stress the longevity and pre-1917 dynamics of the Revolution. As Lieven shows, the Revolution was not a spur of the moment event. Like other historians, he shows that the event had its origins in the years and decades prior. Whereas other historians proclaim that the revolution was an inevitable event, however, Lieven shows that this was not necessarily the case. As he argues, it took a complete transformation of society, via the First World War, to fully prepare Russia for its revolution in 1917. 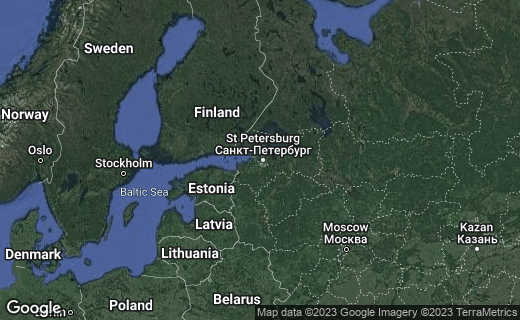 Lieven's analysis of the years preceding the Russian Revolution is both top-notch and scholarly. Through an incorporation of numerous primary and secondary sources, Lieven effectively crafts an argument that is well-written and direct. Moreover, the sheer size of this work is packed full of stories, facts, and figures that even the most knowledgeable historians can appreciate. One clear negative of this book, however, lies with the overall difficulty of reading this work. Although Lieven goes into great detail, he fails to present the intricate nature of the Russian Revolution in a manner that is digestible to average readers. As such, it is clear that his work is geared towards the academic community due to the complexity of the overall narrative and subject matter. This is not necessarily a bad thing, however, as his overall thesis and key points remain highly logical and forthcoming in the text.

Overall, I give Lieven's work 5/5 Stars and highly recommend it to anyone who is interested in late Imperial Russian history, as well as early Soviet history. There is much to be learned in this book. Definitely check it out if you get the opportunity. You won't be disappointed. 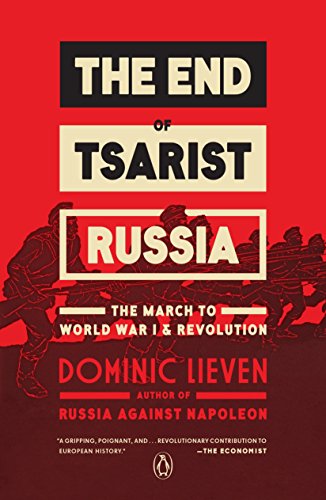 The End of Tsarist Russia: The March to World War I and Revolution
Buy Now

1.) Do you agree with Lieven's overall thesis and main argument(s)? Do you feel as though the author is forthcoming and direct with his main points? Why or why not?

2.) What do you feel was Lieven's main purpose in writing this book?

3.) What were some of the strengths and weaknesses of this work? Can you identify any areas that Lieven could have potentially improved upon?

4.) Did the author organize his chapters and sections in a logical and convincing manner? Could he have organized the book differently?

5.) What type of primary and secondary source materials does the author rely upon most in this work? Does this help or hinder his overall argument(s)? Are there any sources that he missed?

6.) How does Lieven's research fit within modern scholarship? Does his work add substantially to current research on the Russian Revolution?

7.) Would you be willing to recommend this work to a friend or family member? Why or why not?

Would the Russian Revolution have been possible without the First World War?

Ulam, Adam B. The Bolsheviks: The Intellectual, Personal and Political History of the Triumph of Communism in Russia. New York: Collier Books, 1965.

Historian Dominic Lieven was born 19 January 1952. He currently serves as a professor at Cambridge University, and is a Fellow of the British Academy. Lieven received his degree from Christ's College at Cambridge, and was a Kennedy Scholar at Harvard in the early 1970s. Lieven specializes on Russian history, as well as empires, World War One, and the Napoleonic period. In 2016, Lieven received the "Pushkin House Prize" in London.