The First Sacking of Troy in Greek Mythology

Having traveled through Italy, Greece, and the Aegean in his youth, Colin quickly became interested in the ancient mythology of the region.

The city of Troy is probably the most famous city written about in Greek mythology, and of course, features heavily in the works of Homer and other writers from antiquity.

The Iliad famously tells of the ten year siege of Troy by the Achaean forces, although this epic poem stops before the city actually falls to the army of Agamemnon. The sacking of Troy by the Greeks though is attested to by Aeneas in the Aeneid, but is mentioned in other sources. There was a two book epic, the Iliou persis, which told of the sacking in detail, but this work has not survived into the modern day.

This siege of Troy, and the sacking of the city, though, was the second sacking of Troy talked of in Greek mythology, as a generation before, Troy had also been besieged and sacked.

The Wrath of the Gods

The city that would become Troy was founded by Ilus, who named the city Ilium. Ilus was the son of Tros (who gave the city its alternate name of Troy), and the great-grandson of Dardanus, the founder of Dardania after the great flood.

Troy prospered, and when the time came, Laomedon succeeded his father, Ilus, as the king of the city.

It was during the reign of Laomedon that the gods, Poseidon and Apollo, came to Troy. The pair of deities had been banished from Mount Olympus, after threatening the rule of Zeus, and for penance, were wandering through the ancient world.

Poseidon and Apollo presented themselves to King Laomedon, without revealing who they were, and asked the king for work. Laomdeon did employ the pair, and Apollo was tasked with looking after the king’s livestock, whilst Poseidon was employed the build new, improved defensive walls for the city. In some versions of the story, Poseidon is aided in the construction of the walls by Aeacus, the father of Peleus and Telamon.

Poseidon Builds the Walls of Troy

Poseidon created the strongest walls of the period, and when he had finished the construction, he, along with Apollo, went to King Laomedon for their wages. For a reason known only to Laomedon, the king decided not to pay his two workers; and so unbeknownst to him, he had managed to anger two powerful gods.

In retribution, Apollo decided send for a pestilence upon Troy, whilst Poseidon dispatched a sea monster, which would roam the city’s shoreline, snatching away all those who ventured too close.

Laomedon consulted several of the oracles of the ancient world on how to save Troy from the twin dangers that the city now faced. The answer that came back from the oracles though would cause the king much heartache, as he was advised to sacrifice Hesione, his own daughter, to the sea monster.

This is of course almost identical to the story of the sacrifice of Andromeda, which was to be made by King Cepheus, before Perseus came along.

A History of Troy 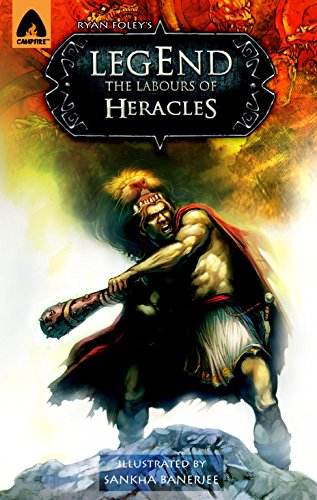 The fortunes of Laomedon started to look up, as at that time Heracles arrived in Troy, and promised the king that he could save the king’s daughter, just as his great-grandfather had saved Andromeda.

Heracles was not going to undertake the dangerous quest though without payment, and he asked King Laomedon for the divine horses given to the royal family of Tory by Zeus; the horses being recompense for the abduction of Ganymede. Immediately, Laomedon agreed to Heracles’ deal.

By the time Heracles arrived in Troy, the Greek hero had faced many adventures and dangers, and having already defeated the likes of the Nemean Lion and the Lernaean Hydra, a sea monster held no particular fear for him.

Details of the fight, between Heracles and the sea monster, are scarce, despite the event appear in works by Philostratus the Younger (Imagines), Ovid (Metamorphoses), Apollodorus (Bibliotheca), and Hyginus (Fabulae).

The assumption is that Heracles used his bow and arrows, before dealing a death blow with his club. Lycophron of Chalcis, in Alexandria, does write that Heracles entered the guts of the sea monster, and then set about cutting up its insides until it was dead.

With the sea monster dead, and Hesione no longer in danger, Heracles went to Laomedon for his reward; the king though, had not learnt from his previous experiences, and so once again he refused to pay, and so now he had a demi-god angry with him.

Initially, Heracles would depart form Troy, but soon he would return at the head of a fighting force. Heracles had gathered together a force of 18 galleys, each containing 50 or more men; additionally, Heracles had also enlisted the help of Telamon, a hero of Argonaut fame.

Seeing the arrival of Heracles, Laomedon would lead a large Trojan force from the city to attack the army of Heracles as it landed. Soon though, the Trojans were pushed back behind the city’s defensive walls, thus, the first siege of Troy had begun.

The more famous siege of Troy was said to have last ten years, but this first siege was a far quicker event; and a breach soon appear in the walls of Troy. It is normally said that Telamon was the first to knock down part of the wall, the part being an area constructed by Aeacus (Telamon’s father), rather than a part built by Poseidon.

Once inside Troy, Heracles would seek out and kill King Laomedon, and then all bar one of the king’s sons were also killed. The only one to survive was the youngest son, Podarces.

Heracles gave Hesione to Telamon as a war prize, and it was the Trojan princess who saved the life of her brother, ransoming him, by giving Heracles her veil. Heracles would then place Podarces upon the throne of Troy, and the hero departed for more adventures.

Afterwards, Podarces would change his name to Priam, a name derived from the Greek “to buy”. King Priam would of course still be on the throne of Troy when the second siege of Troy began; whilst Teucer, the son of Telamon and Hesione, would be counted amongst the Achaean besieging force.

The legendary status of Troy is well established, and the probability that the city actually existed has been raised with the emergence of physical evidence, providing that the site excavated by Heinrich Schliemann and other archaeologists is indeed Troy.

The archaeological work has shown several distinct ages for the city, and with evidence of burning, this work shows destruction and rebirth occurring on more than one occasion.

This evidence might suggest that the stories of Greek mythology about Troy are based on some degree of fact.