Well before London was subjected it, a Blitz devastated the south-western Chinese city of Chongqing, China’s temporary wartime capital. At roughly 12:45 pm, 36 Japanese bombers appeared in the sky and unleashed hell. In just one hour, much of the city had been totally obliterated, with most of the buildings, including residential districts bombed into hollow wrecks. When darkness fell, the blood curdling screams and moans of the wounded and dying filled the entire city.

However, the darkness brought no respite at all, as another 27 Japanese bombers deposited their deadly load on the already stricken city at roughly 5:15 pm. Those citizens lucky enough to find adequate shelter had to wait an agonising two hours before they could re-emerge. When they did, virtually the entire city had been flattened.

Sadly Chongqing became used to aerial devastation. Between May 1938 and August 1941, there would be some 218 separate raids using incendiary and fragmentation bombs, resulting in nearly 12,000 deaths, mostly of civilians. The air raid signals became an infamous part of everyday life. But why exactly were Chongqing and other Chinese cities subjected to such terrible devastation at the hands of the Japanese?

The Theatre Of War 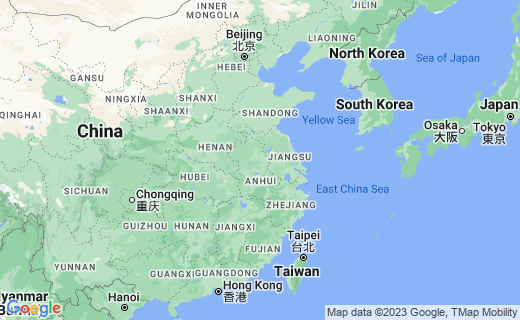 Conflict In The East

Nearly two years earlier, war had broken out between the Chinese and Japanese. The confrontation would prove to be the first salvo of the Second World War in Asia. For years, there had been a simmering tension between the two great nations of the Far East. Chinese weakness had come into confrontation with an ever-stronger Japanese imperialism. As a result, from the late 19th century, more and more of China’s territory came under Japanese control. Taiwan fell in 1895, followed by parts of Manchuria in 1905, with the whole of the region succumbing after a lightning strike by the locally garrisoned Japanese in 1931.

By 1937, it became clear that the Japanese wanted to dominate north China. When fighting broke out on the 7th July between Japanese and Chinese troops at the Marco Polo Bridge near Beijing, Chiang Kai-shek, the head of the Nationalist party that ruled China, decided that the time for compromise was over. Within weeks, China and Japan were locked in full-scale conflict.

The fighting lasted more than eight years, and cost the lives of 14 million Chinese. Additionally, a further 80 to 100 million would become refugees, and the tentative modernisation of roads, railways and industry that had been under way in the 1920’s and 1930’s was utterly destroyed. Yet the war also marked a turning point for China’s standing in the world. From 1941, after Pearl Harbour, China would sit alongside two of the great Allied powers, the US and Britain in the fight against fascism in Asia.

The war would also change the face of Asia. It hastened the fall of the British and Japanese empires, and resulted in a vastly increased American and Soviet influence right across the continent. Scarcely imaginable atrocities were commonplace; from the Nanjing Massacre (widely known as the Rape of Nanjing, December 1937 to January 1938), when Japanese troops murdered and looted in the captured Chinese capital, to the terror bombings of cities such as the aforementioned Chongqing. Although China under Chiang survived until 1945, the eventual victor in China was Mao Zedong, whose Communist party came to victory in 1949 after a civil war fought across the already devastated Chinese landscape, created by years of bitter conflict with Japan.

Yet today, most of us in the West are hardly aware of China’s participation in the Second World War. We mostly tend think of China as a bit-part actor in a war which the US, the Soviets and Britain were much more important. But China was the first country to face an Axis power in 1937, two years before Britain and France, and four years before the United States. By holding down large numbers of Japanese troops (800,000 at their peak), China was a key part of the overall Allied strategy. If the Chinese Nationalists and Communists had not resisted Japan, all Asia might have fallen under Japanese control. The war marked a vital step in China’s progression from victim of global imperialism to its rise to the world stage as a sovereign power with wider regional and global responsibilities.

China’s leaders during the war with Japan had very different ideas of what the Chinese nation should be. At the heart of the conflict stood Chiang Kai-shek, the military leader who led China’s national government. Chiang was a ramrod-stiff figure, a believer in military force whose political pragmatism nonetheless meant that he never hesitated.

If Chiang is remembered at all, it’s as a corrupt and incompetent leader whose greed led his American allies to nickname him ‘Cash-my-Check.’ Yet it was Chiang who made the decision early on that China must resist Japan, if necessary alone.

Within weeks, Chiang had withdrawn his government to the far off inland city of Chongqing, which was relatively safe from Japanese invasion. He also made a powerful last stand at Shanghai, China’s greatest port city, pouring some half a million of his best troops into the battle, of whom 187,000 would be killed. The British writer WH Auden, who was there shortly afterward, described the devastated city as a ‘moonscape’ and a ‘charnel-house.’

Although the Chinese could not keep control of eastern China against a technologically superior enemy, Chiang made it very clear that the Japanese could only win China battle by battle and at an immense price in lives.

However, the price the Nationalists paid to maintain the war effort was also huge. Their regime became increasingly impoverished, corrupt and tyrannical as they struggled to maintain control. Two men sought to fill the gap in authority left by Chiang. In the north-west of China, Mao Zedong, Chiang’s wary ally against Japan, strengthened his grip on China’s Communist Party (CCP) and instigated the social reforms that would provide a blueprint for revolution across all China just a few years later.

Less well remembered is Wang Jingwei, a former rival of Chiang’s for the leadership of the Nationalist Party in the 1920’s. By 1938, Wang became convinced that China’s desperate and isolated position doomed it to defeat. Only collaboration with Japan could provide some of peace with dignity. In December 1938, he made a secret flight to Hanoi, from where he announced that he would co-operate with Tokyo, and in March 1940, he was installed as the president of a ‘reorganised’ Nationalist government in Nanjing. There was a terrible poignancy to this decision after the devastation of the city by the invading Japanese troops.

Until recently, accounts of the Second World War in the west routinely dismissed the contribution of Chiang and the Nationalists to the Allied war effort. On the Chinese mainland too, after Mao’s victory in 1949, the only politically acceptable viewpoint was that the Communist party had taken the leading role in winning the war against Japan. In recent years, the situation has changed radically. Chinese scholars have been given greater leeway to examine the war with more nuance, in part because politicians thought that being more favourable towards Chiang Kai-shek’s memory might aid reunification with Taiwan.

Revealing The Secrets Of Chiang Kai-shek 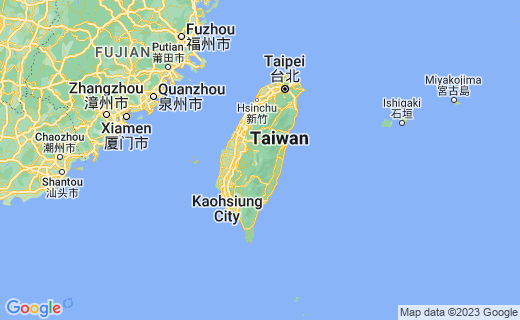 There has also been a wealth of new materials made available to scholars both inside China and elsewhere. At the Hoover Institution, the diaries of Chiang Kai-shek have been opened to scholars and are forcing a reconsideration of the wartime leader’s decisions as more rational than had previously been acknowledged.

The war was a tragedy for China. Yet, somehow, the country resisted and survived to the end. In 1945, because the Americans and British had to acknowledge China’s wartime resistance to Japan, Chiang Kai-shek was able to finally shake off the colonial-era treaties that had bound his country in a submissive relationship with the west ever since the Opium Wars of the mid-19th century. Now China was invited to the top table of global diplomacy, the only non-western country to sit permanently in the new UN Security Council.

The legacy of that first Chinese rise in 1945 remains crucial in Asia today. At the end of the Second World War, China could have been brought into the world community, but the chance was lost as it remained isolated from the west after the communist revolution of 1949. Seven decades later, the rediscovery of China’s experience in the Second World War could be valuable both for China and for the west. For China, it would mean that the Chinese contribution to the Allied war effort would at last be acknowledged. And the shared history of China’s co-operation with the Allies at a time of peril could be used to shape a new partnership in the Asia-Pacific region.