The Fury Of Hurricane Katrina

Who could have forgotten Katrina? News coverage around the world focused their attention during those three fateful days and nights in the Atlantic ocean when that super hurricane (signal number 5 in the weather bulletin) ravaged and pummeled the areas surrounding the Mexican Gulf, Texan coasts, Louisiana bays and Missouri. We, seafarers, witnessed the fury of Katrina.

August 28, 2005...I was on board M/T Athens 2004, an Aframax-type of tanker vessel with a Greek flag (owned and managed by Tsakos Energy Navigation) when the Katrina advisory was distributed to all sailing vessels in the area. The vessel, with seven Greeks and 19 Filipino crew , just loaded crude oil from the offshore terminal of Port Jose, Venezuela and started sailing to Houston, Texas as discharging port when a news dispatch from US Coast Guard (USCG) was received by the ship. The hurricane warning from USCG advised all vessels (merchant or private) of all types to take the necessary precautions because Hurricane Katrina started to build up its strength.

Passing the Caribbean Sea in the morning of August 28th, it was still an ordinary day for us. Being the assigned second cook, I did the usual chores in the galley. Our Greek chief officer told the galley crew the other night to prepare for an ihaw-ihaw or barbecue party in the morning. The Filipino cook and I already prepared the food for the occasion. The Filipino boatswain or buson and the deckhands started to lit the charcoal in the makeshift grilling barrel, just outside the galley at deck A. We grilled the chicken, pork and beef slices, including sausages for starters.

Around 11 in the morning, the Greek master went down the galley to join other Greek officers and the Filipino crew as the party started to liven up. The captain instructed us to prepare the lamb carcass for barbecuing. Some of my Filipino colleagues went to the crew saloon to continue drinking beer with pulutan (hors d’vres) while doing karaoke (sing-along) number. Most of the Greek officers and the rest of Filipino crew pondered until late afternoon in the galley as they savored their traditional music as they nibbled finger foods, especially tidbits of roasted lamb.

I seldom sip my beer to avoid being drunk because we’re still performing our duties.

The day didn’t end with the last lamb chop. The captain still ordered the Filipino safety officer (the third mate) to open the bonded store or slop chest at deck C and gave both the Greek and Filipino crew one black labeled liquor each. So every one retired a little bit drunk, except the night watch or duty who are prohibited to drink, still cautious because of the dangers waiting ahead at the Gulf of Mexico.

Around two o’clock in the early morning, we’re just entering the Gulf when the vessel started to sway, side by side, from starboard to portside, continuously. I nearly fell from the double decked bed when the Filipino mess man woke me up to secure things that have fallen in our cabin.

Swerving at the alleyways, we checked the mess hall and the galley, including the provision rooms at the upper deck. The angry sea outside coupled with heavy strong wind, created a churning sound as if ready to swallow the ship. The Filipino second mate, who’s on duty at the bridge, cannot control to puke because of the heavy swelling of the sea. You cannot even see what’s happening outside because of the creepy darkness.

Everyone was awaken due to the crish-crash sounds inside their cabins due to falling things. We gathered at the officer’s salon for the master’s advice. Some smaller vessels already cancelled their voyages bound for Texas, but our master insisted that we continue sailing at a slower pace, outside the 200 mile radius of the Hurricane Katrina.

Even though the vessel was outside the hurricane’s perimeter, the gutsy wind and rain continued to ram the ship’s operation. Some of the crew became seasick. After five days of voyage, we reached the coast of Texas and anchored for ten days. This was due to the effects that hurricane Katrina left in the states of Louisiana, Missouri and Texas that heavily destroyed the pipelines at the ports. Our charterer, Lyonndell-Citgo faxed some devastating pictures after their company’s helicopter surveyed the extent of damages done by Katrina, like the flooding of New Orleans that left many residents homeless, oil rig platforms washed up and fishing vessel grounded on the highway.

Our company, Tsakos Shipping and Trading, S. A. and its port captains in Houston,, Texas, initiated to donate some amount to the Mutual Assistance Fund of US Coast Guard (USCG), an aid to the tireless service of men and women of USCG who are gallantly supporting the merchant vessels transiting their business to the US waters. 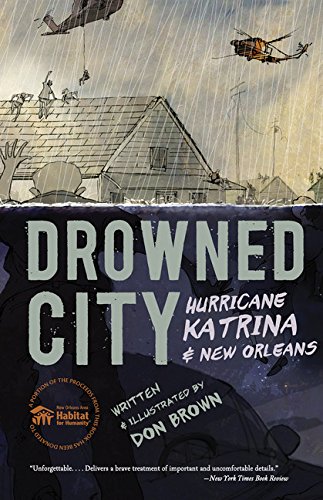