The Largest Man-made Explosion in the World

The explosion that happened in Halifax Harbour on December 6, 1917, most often referred to as the Halifax Explosion, was the largest man-made accidental explosion in the world. To be honest, I had never heard of it before I read Anita Shreve's book A Wedding in December. She adroitly wrote a book within a book as one of the main characters in the book was writing a novel about the Halifax Explosion and that was what caught my attention and made me look into this sad part of Nova Scotia's history.

Even though the day will be forever marked by incredible devastation and unbelievable statistics of tragedy, there were some positives that came out of such a negative and some true heroes in every sense of the word.

The story is compelling and the enormity of the explosion and the aftermath unthinkable especially when we have seen firsthand this week the tragedies of a natural disaster such as the earthquake in Haiti. (Haiti relief fund)

HOW THE HALIFAX EXPLOSION OCCURRED

In 1917, the world was embroiled in World War I and Halifax had become the epicenter for shipments bound for Europe carrying supplies, munitions and troops and a central point for train shipments of troops and materials. It was also the check point for returning ships after German sub attacks began in 1916.

It became a pivotal place for merchant ships or ships returning the wounded as there was a large military presence complete with anti-submarine nets, forts, and gun batteries. Outgoing ships would pick up a naval escort usually in convoys and depart from Halifax.

On the morning of December 6, 1917 at 8:15 in the morning, a French ship, the Mont-Blanc was departing the harbor and somehow in passing other ships, ended up in the wrong lane. Meanwhile, a Norwegian ship the Imo coming into the harbor found that its normal lane was filled and failed to correct for this. Supposedly both ships were determined to regain their 'own' lane and both ships fired off blasts to the other ship conveying that they were not 'budging' from their lane and someone needed to readjust.

At the last possible second, both the ships attempted to perform evasive maneuvers but it was too late. The Imo reversed its engines to stop but the backward action of the propellers altered the course of the ship, bringing her into the same lane as the Mont-Blanc and at 8:45 a.m., the Imo struck the Mont-Blanc and became lodged against it. Unfortunately, the French ship had barrels of benzoyl (a highly flammable liquid hydrocarbon) stored on the deck which immediately caught fire. The Mont-Blanc also had picric acid on board which is another highly volatile acid used to make explosives. The French crew were unable to reach any firefighting equipment due to the fires and they quickly abandoned ship on the captain's orders. Within 10 minutes, a 40-man crew was in 2 rowboats aimed at the Dartmouth side of the harbor while the burning ship continued to drift towards the Halifax shore.

The French crew raced up onto the shore and began shouting to everyone trying to tell them about the explosives aboard the ship and to run for their lives but unfortunately no one understood them! People had gathered all along the shore in awe to watch this burning ship and were trying to puzzle out what had happened, what was going to be done. People began calling the firehouses to dispatch help to put the fire out but most of the fire equipment was horse drawn and there was only 1 motorized unit that could respond. However, all available firefighting equipment was dispatched and they were all on their way to fight the fire.

At 9:04 a.m., about 20-25 minutes after the events of this tragedy began, the Mont-Blanc exploded with the equivalent of about 3 kilotons of TNT. This would be comparable to the atomic bomb dropped on Hiroshima called Little Boy. The ship was destroyed in a fireball that rose over 1 mile in the air in a large mushroom cloud. Pieces of the ship rained down across Halifax and Dartmouth. One part of the Mont-Blanc's anchor shaft which weighed 1140 pounds was thrown 2.3 miles west of the blast and is now a monument. A gun barrel landed in Dartmouth over 3.4 miles east and another piece of the ship was driven into the wall of St. Paul's Church, where it remains to this day. From the explosion, everything within 2600 feet was flattened and caused damage for up to 1 mile. The explosion was said to have been heard as far away as Prince Edward Island (some 200+ miles away).

Curse of The Narrows: The Halifax Disaster of 1917
Buy Now 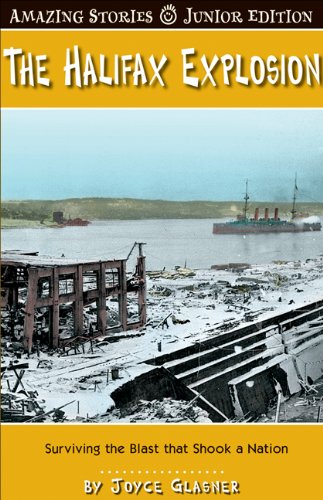 In the aftermath of the explosion, within minutes, the force of this blast triggered a tsunami which rose as high as 60 feet above the harbor's high water mark on the Halifax side. There is very little known about this part of events because many of the people who were either on the shore or close to the shore watching the events were dragged out into the harbor and drowned. The Imo was lifted onto the Dartmouth shore by the tsunami and most of her crew was killed by the tsunami. After the tsunami had dissipated, unconsumed carbon fell from the sky coating survivors and structures with debris and soot for 10 minutes.

As a result of the explosion, more fires had broken out everywhere because fuel reserves were high in preparation for winter. Many of the people who were lost were trapped in the fires. Most of the firefighters and their horses were killed on the way to fighting the fires. Many of the people who had gathered to watch what was happening were killed in the blast, hit by flying shrapnel or drowned in the tsunami. People who were far away and up on the hills around the city had seen the fire and almost all had gone to the windows to see what was happening. When the explosion occurred, glass shattered and houses collapsed, and the amount of eye injuries was staggering. Hundreds of people were blinded by breaking glass.

There was a rumor that there was a second explosion after the first explosion. This halted the rescue operations for some time as people scrambled to get away to higher ground. This delayed many rescues until noon but fear that this was a German attack had convinced many that smoke rising in another munitions area was going to create another explosion. In reality, the smoke had been caused by coals which were trying to be extinguished by military personnel but by this time, fear had taken hold.

Hospitals were destroyed, houses were gutted or collapsed and in some poorer areas of town, there was barely anything left. To make matters far worse, while the people left behind tried to care for the wounded and put out the fires, it began to snow. It ended up turning into a blizzard that dropped 16 inches of snow on the city. (The worst blizzard within the decade.) It did work to effectively put out the fires but an estimated 6000 people were homeless and 25,000 were without adequate housing. 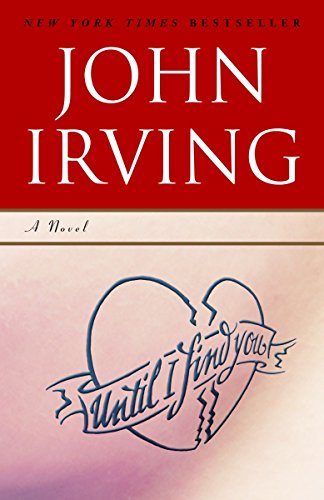 Until I Find You
Buy Now

Heroes of the Tragedy

Perhaps one of the greatest heroes of this tragic day was Vincent Coleman. If not for him, the death toll probably would have been incredibly higher. When he learned of the fire aboard the Mont-Blanc as he was fleeing the riverfront, he returned to his post to telegraph a message to stop the train that was due within minutes from New Brunswick. This effectively brought all trains to a halt and it was also picked up by other stations over the wire which ended up getting Halifax help much sooner than they would have gotten it. Unfortunately, Vincent Coleman died in the blast but he is honored as a hero in Canadian history because of the countless lives he saved by his brave sacrifice.

Many of the firefighters and their horses died en route to the fires as a result of the blast. Many military personnel pitched in and aided the available medical personnel to try to salvage as many people as they could and to provide emergency medical care. Since many of the hospitals were severely damaged, the main military hospital became a focal point for victims.

By nightfall, trains were mobilized to transport doctors, nurses, and supplies from towns 100-160 miles away. On learning of the tragedy and its epic proportions, medical relief came from as far away as 700 miles. A train left Boston by 10:00 p.m. that night and although hampered by the severe weather, they arrived at 3:00 a.m. a day and a half later with much needed food, water, medical supplies and aid workers.

Positives From a Negative

Much like the tragedy of the Titanic having the power to effect change, so did the Halifax Explosion. Out of such devastation, this terrible day in history has led to greater understanding and treatment of eye injuries because of the vast numbers that were injured. The Canadian National Institute for the Blind has made significant advances in treatment of eye injuries and Halifax is well known for its care for the blind.

A Boston surgeon who traveled to Halifax to assist realized that there was no coordinated care for pediatric patients and this led him to pioneer pediatric surgery.

The resilience of the people in rebuilding their town and remembering their dead stands as a testament to the human spirit. Every year in Halifax at 9:06 a.m., the bells ring at the memorial in the north end of town commemorating the anniversary of the loss of so many. As well, each and every year, in gratitude to the city of Boston for helping them in their time of need, the people of Nova Scotia send a Christmas tree to the people of Boston just to say thank you. The tree is displayed in the Boston Common and lit for the season.

I had never heard of the Halifax Explosion before I read the book by Anita Shreve and there are many others, fiction and nonfiction as noted above that tell the tale as well as many documentaries and movie dramatizations of this fateful day in Canadian history. I was impressed most by the resilience of the people of Nova Scotia and the hardiness of the people who joined in to help in such a crisis. I always believe that things 'happen for a reason' though in the midst of tragedy it is very hard to reason it out or understand the loss of life afterwards.

This is a remarkable story though and the people who survived it literally are a miracle. It is a bit of Canadian history that I had no idea about and I truly was inspired by the pioneering they did in such a scene of tragedy to make the world a better place for the visually impaired or blind and the maimed. The story was truly an inspiration for the fact that these people truly did 'rise from the ashes' of disaster.