The History and Meaning of Irish Claddagh Rings

Irish Claddagh rings have a long history, the roots of which are deeply seeded in Irish tradition.  These beautiful rings have become popular all over the world, and are worn by both men and women, single or taken.  The Claddagh ring was named for the ancient fisherman's village of Claddagh, near Galway, Ireland, and is believed to be over 300 years old. 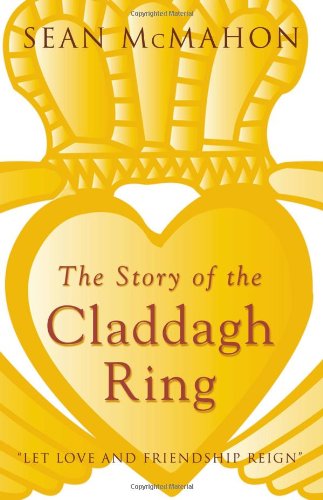 History of the Claddagh ring

It cannot be said for certain exactly when or by whom the Claddagh ring was first created, or why exactly it was named after the village of Claddagh. One name that stands out through history as the creator of the Claddagh ring is Richard Joyce.

As the story goes, Richard Joyce, a native of Galway, was captured by Algerian pirates and sold into slavery to a Moorish goldsmith. The goldsmith trained Robert as an apprentice and he became very skilled in his craft. In the late 17th century, King William III demanded the immediate release of all British subjects from Algiers. The goldsmith offered Richard Joyce the opportunity to marry his only daughter, as well as part of his wealth if Richard would stay in Algiers. Richard declined, and returned to Galway, where he took the skills he had learned as an apprentice, became a jeweler, and created the first Claddagh ring. The earliest Claddagh rings to be traced have Joyce's mark and the initials.

Another tale surrounding the origins of the Claddagh involves Margaret Joyce, a wealthy widow of a Spanish merchant named Domingo de Rona. In the late 16th century, upon her return to Galway, Margaret married Oliver Og French, Mayor of Galway, and used the money she had inherited from her first husband to build bridges in Connacht. One day, as a reward for her charitable works and good deeds, an eagle flew overhead and dropped the first Claddagh ring in Margaret's lap.

As the Irish are known partly for their love of myth and folklore, it seems almost appropriate that the true origin of the ring isn't known.

The meaning of Claddagh rings - friendship, love and loyalty

"With my hands I give you my heart and crown it with my love."

The meaning behind the Claddagh ring is part of its charm and what has made it such a classic, everlasting piece of jewelry. Claddagh rings symbolize friendship, love and loyalty. Friendship is represented by the hands that hold the heart; the heart itself obviously means love; and the crown that tops the heart denotes loyalty. This beautiful symbolism - love in all its forms, friendship, and loyalty - are what makes the Claddagh so popular to the masses.

How to wear a Claddagh ring 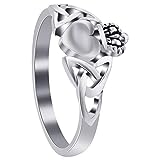 The Claddagh ring has seen rises in popularity over time as they have been associated with royalty and celebrities.

Queen Victoria of England visited Ireland in 1849 and started wearing a Claddagh ring around 1849. Her son Edward - King Edward VII - who succeeded her upon her death also wore a Claddagh ring, as did his wife Queen Alexandra, and their son George V, who later became King of the United Kingdom.

Many people say that the only "real" Claddagh rings come from Galway.  If you ever visit Galway, be sure to visit Thomas Dillon's Claddagh Gold, a jewelry shop and museum, established in 1750.  They are the oldest jewelers in Ireland and are the only ones who reserve the right to stamp "original" on their Claddagh rings.  The museum has some of the first ever Claddagh rings, created from 1700-1800 by goldsmiths Richard Joyce, Nicholas Burge and George Robinson.

Irish Claddagh rings are worn as a symbol of friendship, love, or Irish heritage, but be warned: it is said that to purchase a Claddagh ring for yourself is very bad luck!

Do you own a Claddagh ring?

Thank you for reading The History and Meaning of Irish Claddagh Rings. If you enjoyed this article and found it useful, please vote it up, rate it, and/or leave a comment - you don't have to be a member of HubPages to leave comments. If you'd like to learn more about me and read my other articles here at Hubpages, you can visit my profile page. I love writing for HubPages, and would recommend it to anyone who's interested in writing online. If you'd like to join (it's free to join and a great way to make money online), you can sign up here.