The History of Clyde Shipbuilding 1 : The 18th Century and the American Connection

The History of Clyde Shipbuilding 1 :

The 18th Century and the American Connection

In the recent historical past one of the greatest rivers on Earth was the Clyde River in Scotland. The major reason for this was shipbuilding.

The Clyde River was the most important shipbuilding areas in the world up until the early part of the 20th century.

Its rise was rapid and dramatic as was its subsequent decline in a reversal of fortunes for the economy and the people of Glasgow as well as the surrounding area. The history of Clyde shipbuilding is an incredible story of the men who built the industry. From the entrepreneurs, the engineers and the ordinary men who produced some of the biggest and most famous ships in the world. 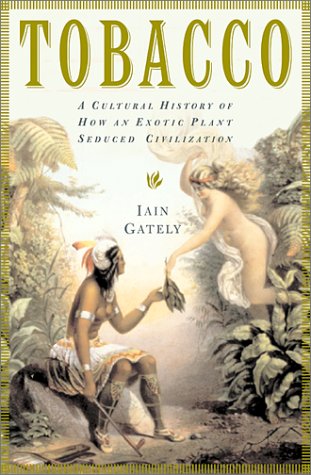 Tobacco: A Cultural History of How an Exotic Plant Seduced Civilization
Buy Now

In earlier times the Clyde River was not known for shipbuilding in any great scale or importance.

This was chiefly due to the fact that trade for Scotland was conducted mainly with England and Continental Europe.

The former was transported overland or by coastal ships built and owned by the English, the latter more convenient for the eastern ports of Scotland.

However, a turning point in the fortunes of the Clyde came with the Act of Union in 1707 when Scotland was co-joined politically with England. This had an important economic effect on the nation because for the first time the colonial trade was opened up to the Scots.

Their ships also enjoyed the security afforded by the Navigation Acts which stipulated that any produce exchanged with the British colonies must be carried in British shipping. Thus Scottish ships came under the umbrella of this monopoly under the protection of the Royal Navy when Britannia did indeed rule the waves.

The most important result of this was that it literally heralded a sea-change in the direction of trade for Scotland. The American colonies were already an established and lucrative market for British business and Scots merchants and entrepreneurs in the Clyde Valley took full advantage.

The geographical position of the West of Scotland became a positive godsend as it offered the shortest trade route to the important markets on the eastern seaboard such as Maryland and Virginia. Consequently the merchants of Glasgow commenced a very busy trade in goods such as sugar and raw cotton with the colonies over the Atlantic. But most important of all this was the beginning of the age of tobacco for the city.

In 1715 tobacco imports into Scotland amounted to only 2.5 million lbs in weight but 30 years later in 1745 this had soared to 13.6 million lbs. The figures continued to grow until the outbreak of the US War of Independence in 1776 when imports were averaging around 44 million lbs per year. The so-called Tobacco Lords of Glasgow reigned supreme in business. Men like William Cunninghame, Alexander Speirs and the wonderfully eccentric John Glassford.

This was of course, a highly artificial and politically manipulated position as direct trading with the colonies by other countries was prohibited by British policy and military might. Almost all Scottish imports of tobacco came into Glasgow, around 98% at its peak, as the city served as an entrepot for transactions between the colonies and European nations such as France and Germany. A darker side to this flourishing economic sector was the business community involvement in slave-owning on the colonial plantations and slave-trading carried on out their ships.

The rise of domestic shipbuilding

Nevertheless, the rise of the tobacco trade represented an historic landmark in the development of shipbuilding on the Clyde. Initially the Glasgow merchants did not possess any suitable ships of their own for the Atlantic trade since size and strength were requirements for long and turbulent ocean voyages. Therefore large craft were hired from England in the early days of the trade.

Ironically, however, the 1707 Union of Parliaments encouraged a new independence among the Glasgow merchant class and not only did they order ships of their own but these ships began to be built on the local river. For Scotland as a whole the number of vessels owned in the country was 215 in 1707 but in the space of only 5 years this had rocketed to 1,123.

On the Clyde the comparable figures were 8 in 1707 to 149 in 1712 marking a tremendous increase. Clearly the opening up of trade in the Western Hemisphere to the Glasgow business community was a driving force behind the rise of shipping and shipbuilding.

After the collapse of the tobacco trade in the 1770’s Glasgow could still fall back on other imports such as sugar, molasses, rum and raw cotton from the West Indies. Bulky produce obviously required bigger vessels in which to carry it and in 1760 a brig called the Greenock was built capable of storing 300 tons of cargo.

It followed naturally that the rise of shipping would encourage the rise of construction as the Clyde slowly evolved into a significant shipbuilding area. However in the 18th century the ports and yards of Glasgow and other towns on the river were still relatively minor players in ship construction. The take-off on the Clyde occurred in the early decades of the 19th century on the back of the industrial revolution and a succession of major European wars.

Our Family Tree: A History of Our Family
Buy Now

The Industrial Revolution in Great Britain

The loss of the American colonies was not a disaster for the local economy around Glasgow due to the foresight and business acumen of the merchant class.

The West of Scotland enjoyed the multiplier effects occasioned by the wealth generated by the Atlantic trade and especially that of tobacco.

The proceeds of this trade was channelled into alternative commercial and industrial ventures in the area. Banks grew in size and importance, factories were built, coal-mines and the exploitation of other mineral resources were developed.

Fortuitous timing perhaps, in that such riches had been accumulated at a time when Britain was in the pioneering stages of that industrial revolution.

The development of Britain as the leading industrial nation in the World from the late 18th century encouraged the beginnings of a strong manufacturing base in the Clyde Valley region. The slow evolution from an agricultural economy into that of an urban industrial powerhouse enabled a surplus of manufactured goods to be produced and exported all over the World.

Throughout the 18th century around 80% of ships using British ports had British owners ensuring a direct link between the fortunes of trade and shipping. For example, exports of British-produced goods sailing from Scottish ports multiplied ten times between 1770 and 1814 as Britain became the dominant force in the world economy.

The British victory in the Napoleonic Wars prevented France and other economic rivals from taking a more active role in overseas trade. The Battle of Trafalgar in 1805 was a significant naval victory ensuring continued British control of the high seas and a revitalised interest in shipping among the merchant community.

With the engine of industrialisation gaining strength the export of manufactured goods was taking on greater proportions. Nevertheless in this period at the beginning of the 19th century the largest ships that were necessary for long ocean-going journeys were mostly being built in North America.

The North American region possessed massive supplies of timber, especially white-oak which was particularly resistant to dry-rot. Although it did not contain the same quality as British white-oak, its sheer abundance and accessibility bestowed upon it a favourable position. It was available in virgin forest along the coastal areas of the eastern states providing a comparative advantage in construction materials to the Americans.

Not only that, but the US shipyards also enjoyed the benefits of economies of scale as in building larger vessels they were able to lower their prices. In the first 50 years of the 19th century their ships more than doubled in size and into the bargain they had sleeker hulls which allowed greater speeds to gain a lead on the competition. The USA led the field in the design and construction of wooden ships in this era securing lucrative orders for the burgeoning oceanic trade.

However, some of the more enterprising Scottish shipbuilders opened up yards in North America during the time of wood construction because of the lack of domestic timber supplies. Scotts of Greenock built ships at St John, New Brunswick and the company of Pollok and Gilmour had 11 yards in the Maritimes in Canada, the most important being at Miramichi, also in New Brunswick.

Plans to deepen the Clyde

In the early years of the 19th century the halcyon days of the Clyde River were still ahead as ships were still relatively small in size and few in number. Compared with the huge American ships the Glasgow-owned vessels averaged only 80 tons in 1820 and were still only around 300 tons by 1860.

A vital enterprise in the history of Clyde shipbuilding was the long-term project to deepen the river in order to make it possible for large ships to navigate. In particular, the larger ocean-going vessels which had the deepest draughts and obviously required deeper waters than the Clyde could provide at that time.

The Ghost Ship of Brooklyn: An Untold Story of the American Revolution
Buy Now